Holidays in Rhodes in Greece: what to see, where to sleep and how to get there

According to the stories of the Greek mythology, the island of Rhodes was the fruit of the passion between Elios (god of the sun) and the nymph Rhoda (the rose). The history of Rhodes begins in prehistoric times with the arrival of sailors from Crete, becoming a port of particular importance in the Mediterranean.

What to see in Rhodes 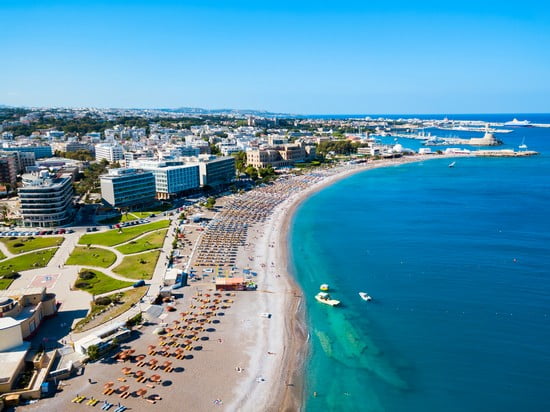 Here the Colossus of Rhodes, one of the seven wonders of antiquity, was used as a lighthouse and guide for all the sailors who traveled along their coasts. Among the things to see in the Rhodes city: the impressive medieval city of Rhodes, its historic walls, minarets, palaces, fortifications and the port of Mandraki.

The history of Rhodes is very broad, but it is above all with the arrival of the Knights of St. John, expelled from the Holy Land, that the moment of maximum splendor is reached. During this period, the construction of castles and fortresses began on the island, such as that of Monolithos.

It is worth reaching the village of Lindos, whitewashed, to meet one of the most beautiful villages in Greece, and then reach and visit the Acropolis of Lindos. The beaches of Rhodes are spectacular from north to south, bathed by a clear blue sea.

Where to sleep in Rhodes

If you want some advice on where to sleep in Rhodes, we can tell you that the best beaches and tourist destinations are on the eastern side of the island. Among the best places to stay, 3 are certainly the best: la Rhodes city, Lindos e Faliraki.


How to get to Rhodes

To reach Rhodes there are numerous low cost flights departing from the main airports. THE direct flights for the island of Rhodes depart from many airports.

When to go to Rhodes

If you want advice on the best time to go on holiday to Rhodes, this can vary according to the type of trip: beach holidays, visiting the island, ...

If you want visit the island the best periods are those of low season (from mid-March to May and from mid-September to the end of October, when the days are mild but not too hot, the fares for flights and accommodation are the cheapest, and there are no queues at the museums and places of interest.

For some holiday at the seaside the best periods are the middle season (June and September) and the high season (August and September). In these periods the climate is warm and almost always sunny, and you can take pleasant baths in the sea, with the water temperature reaching and exceeding 25 ° C. 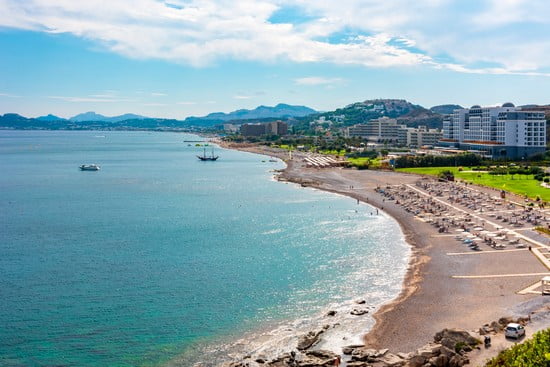 add a comment of Holidays in Rhodes in Greece: what to see, where to sleep and how to get there