In a far corner of Micronesia: Palau

Author and references
In a far corner of Micronesia: Palau 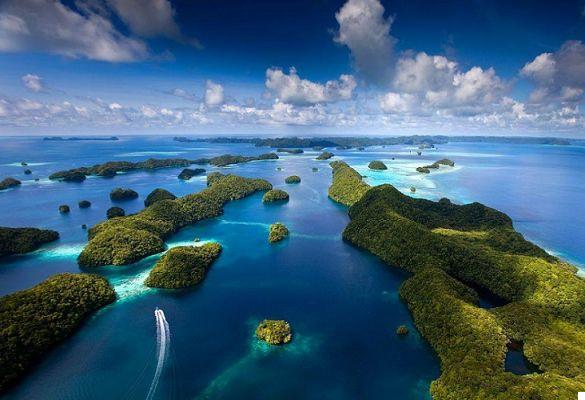 Palau is a set of green hills that like tennis balls float here and there in the blue waters on the edge of the Philippine Sea. There are more than 200 islands, but the exact number is not known exactly as many of them are uninhabited. We present the Rock Islands.

Thanks to the heavy rains, the islands that make up the archipelago of Palau are rich in forests, jungles and long grassy expanses. The northern islands are of volcanic and limestone origin, while the southern islands were formed thanks to the outcrop of the thriving coral reef. Seen from above, they are a unique spectacle immersed in the countless turquoise lagoons. The Rock Islands are home to a great variety of plants, birds and marine animals, including the friendly dugong, dolphins and at least thirteen species of sharks. The archipelago consists of a complex of islands bordered by the coral reef enriched by over 385 species of coral and various natural habitats. The natural complex hosts the highest concentration of marine lakes, thanks to the coral conformation of the seabed; the best known is the lake of jellyfish. In 2012 the islands of Palau became a UNESCO World Heritage Site. 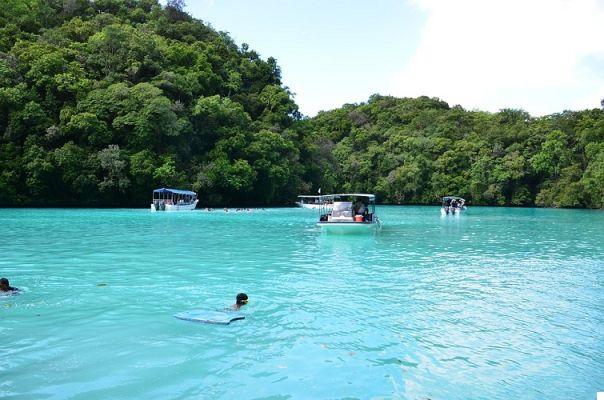 In the numerous islands there are still the remains of stone villages occupied for several centuries by the ancient inhabitants and abandoned around the seventeenth-eighteenth century, when the population moved to the larger islands for climatic reasons and for the constant demographic increase. The villages unearth the remains of the defensive walls, terraces and foundations of the houses of the time. A trip to distant Micronesia near the archipelago of Palau is one of the trips to take to escape from our winter greyness and to discover a new world in direct contact with nature, in many places still unspoiled.

To reach Palau and be able to explore the wonderful seabed you can ask for information on the site PalauDiveAdventures.com.


When to go to Palau to enjoy all this?

The climate of Palau is tropical with consistent annual rainfall. The maximum daily temperatures are high all year round and average around 30-31 ° C. Between May and October, the most abundant rains fall, even in the form of tropical cyclones. The least rainy months are February and March, during our winter, which with about 20 cm of rain per month remain the best months to reach the archipelago of Palau. To reach the Rock Islands you fly from Manila or Taipei, which are more comfortable for us Europeans to reach.

The cruise beyond the Mediterranean: Spain, Portugal, Morocco ❯

Do you dream of white beaches, palm trees and blue sea?

In the tropics: the Turks and Caicos islands

The emerald and topaz colors of Nosy Be

add a comment of In a far corner of Micronesia: Palau