Japan guide: what to know before traveling

Japan is the easternmost country in Asia, a country very far from our culture but at the same time such a fascinating countryabsolutely to see at least once in a lifetime.

The Empire of the Rising Sun is the alternation of captivating contradictions that make it one of the most fascinating destinations in the world. In addition, its incomparable landscapes, its cuisine and its eccentricities make this country one of the most unique destinations on the planet.

What to know before a trip to Japan

Having cut itself off from the rest of the world until the end of the 19th century, Japan it has preserved many of its customs and traditions, even as Western influences begin to grow.

When traveling to a country other than yours, it is always a good idea to do a little research and know what is polite, so as not to accidentally offend the locals.

Here are some good manners to keep when traveling to Japan:

Japan is located along the east coast of the Asian continent. The Japanese archipelago consists of four large islands (Hokkaido, Honshu, Shikoku and Kyushu), the islands of Okinawa, and thousands of other smaller islands, with a total area of ​​364.000 square kilometers, comparable to the area of ​​California or Germany.

The islands range from the sub-arctic Hokkaido (geographic latitude comparable to Toronto or Milan) to the subtropical island of Okinawa (comparable to Bahamas). The countries closest to Japan are South Korea, North Korea, China and Russia.

The nation is traditionally divided into 8 regions (Hokkaido, Tohoku, Kanto, Chubu, Kinki / Kansai, Chugoku, Shikoku and Kyushu), which are further divided into 47 prefectures. Tokyo, the capital, is located in the Kanto region on the main island of Honshu.

Japan has a population of around 127 million, making it so the 10th most populous nation in the world. Three quarters of the population lives in urban areas, resulting in a high urban population density.

If you have decided to visit Japan, the first thing you think about is the documents. Fortunately, for a trip to Japan of less than 90 days only the Spanish is required passport with a validity of at least 6 months from the date of return.

At the time of entry into the country you must also be in possession of the return flight ticket. A visa is required for travel longer than 90 days.

Check the updated documents on the Viaggiare Sicuri website

Japan has 4 distinct seasons. The wonderful thing is that each season is a great time to visit Japan, and each period offers a completely unique experience. Here's what to expect in each season.

Autumn (September - November)
The colorful leaves make the landscape spectacular (October is the best month)
Temperatures are pleasant
There are numerous festivals, concerts, sports tournaments and exhibitions around this time
Less crowds and therefore lower prices and fares

Winter (December - February)
You can ski, Japan is said to be one of the best places in the world!
The towns seem magical covered in snow

The north and south, of course, experience extremes of cold and heat, making the island of Hokkaido a good destination for skiing in winter and the island of Okinawa one popular seaside destination during the hottest months. It is advisable to bring comfortable clothes and footwear that can be easily removed at the entrance of the temples.

Japanese, spoken by approximately 128 million people, is the national language of Japan. In large urban centers and in any tourist area English is also spoken. So, no problem, you just need to know a little English to not have any problems during the trip.

The time zone of Japan is 7 hours longer than from spain. For example, if in Spain it is 13:00 pm and you are having lunch, in Japan it is 20:00 pm and it is dinner time

No vaccination is required to travel to Japan. It is advisable to take common medicines and especially medicines with you take out travel insurance before leaving.

Check the health situation in Japan on the Viaggiare Sicuri website

The Bank of Japan issues four types of banknotes Yen, and 6 different coins. You can easily exchange both dollars and euros, but credit cards are not accepted by all businesses.

Electrical outlets are 2-point / 3-point like American sockets. Therefore it is advisable to get a travel adapter before leaving.

Transportation in Japan is unbelievably efficient and comfortable, the only negative is that it is not cheap! To save money, we recommend purchasing a 7-day Japan Rail Pass.

Le subways and trains in Japan they are the most popular form of transportation, used both within metropolitan areas and to travel between cities. Most train tickets can be purchased from vending machines near the entrance and are usually in English as well.

If you bought the ticket at the wrong price for the trip, you can use a fare adjustment machine at the end of the trip.

There are hundreds of companies of bus which are often used in areas not served by a railway line, particularly in the countryside and mountainous regions. There are also many inter-city services, including night buses who travel great distances across the country.

I taxi they are used extensively throughout Japan, and in most areas they are the only transportation service that operates 24/24. Most drivers don't speak English, so it's helpful to have a map or ticket card with the details of the destination you want to reach.

Buddhism and Shinto they are the main religions in Japan, even if today they do not play a very important role in the life of many Japanese. Throughout the country, you can visit temples and shrines to better understand religions and culture.

The number of wi-fi hotspot in Japan it is growing, and there are various applications and services available to help you get connected. There are a growing number of companies offering portable and wi-fi devices sim card per i turisti visiting Japan which can be picked up at the airport or dropped off at your hotel.

Purchase a sim for Japan before you travel

Could it be interesting for you: 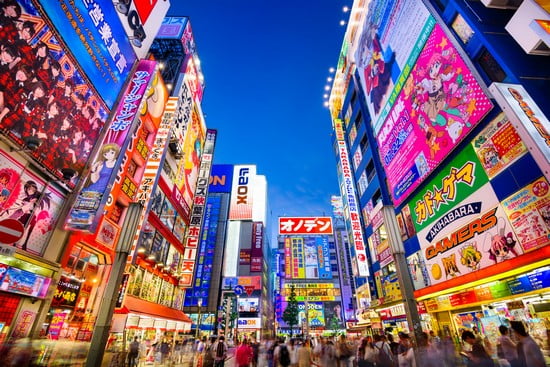 When to go to Japan, Best Month, Weather, Climate, Time

add a comment of Japan guide: what to know before traveling