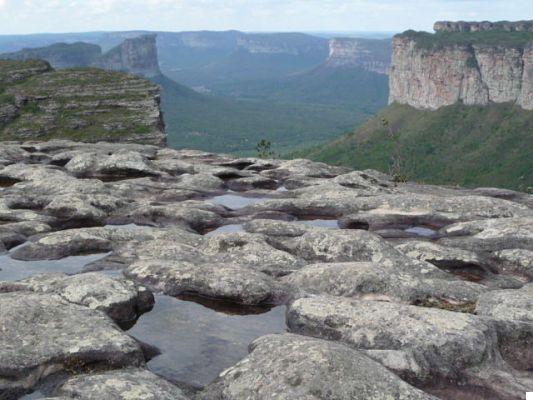 Panorama of the Chapada Diamantina from the morro of Pai Ignacio

My traveling companions have already been asleep for about ten minutes. Alessandra, daughter of flowers and hottie, sleeps with her head leaning against the window of the old ash blue pickup, she is probably dreaming of her beloved India, where she hasn't been back for a few years and about which she talked so much with shining eyes, while the darkness out there has already covered the beautiful landscape of the Chapada Diamantina, plateau of the state of Bahia, Brazil.

I am no longer used to walking in the mountains, they remind me of the sore muscles from the hours of climbing, even if the spectacle that awaited us at the top was worth much more than all this. It took me nearly three hours to finally arrive at today's goal: the smoke waterfall.

This waterfall, one of the highest in Brazil with its jump of 380 meters it is famous for a detail that makes it practically unique: the water of the waterfall evaporates before reaching the ground, in a myriad of transparent droplets, which are lost all around giving the effect of the smoke that it was worth its name. To observe the waterfall it is necessary to lie down on a flat spur of rock that juts out into the void with an overhang below about 500 meters. Needless to say, I spent at least half an hour to be able to lie down and crawl to the edge to look underneath.

The spectacle of the cascade of smoke is unique in itself, but certainly part of its charm is due to the surrounding environment, the pink and gray sandstones that rise in the middle of the lush vegetation, the cacti, the flowers, the butterflies, the multicolored lizards. , the wild orchids, the water of the streams that flows hopping between the rocks.

The return to the old pickup parked at the side of the road is cheered by a stop in a shop run by a sprightly elderly lady who made us pancakes pony and the best passion fruit juice I have ever drunk in my entire life. 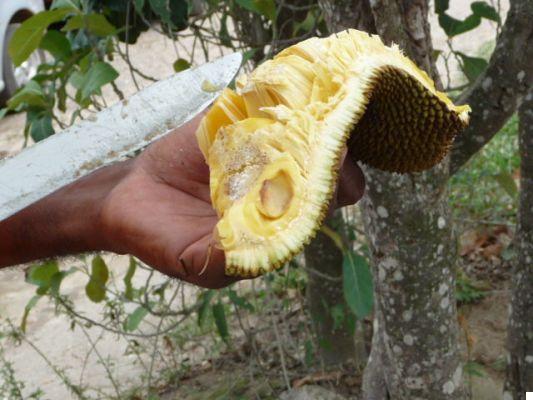 The darkness of the evening is cut only by the high beams of the old pickup as we quickly proceed towards the hostel on Chapada Diamantina which, again for tonight, will be our home. Viola, with her lids lowered over her bright clear eyes, moves in her sleep looking for a more comfortable position. Rodson is focused on driving while Marcelo, sitting next to him, hums the music of Ze Ramalho playing in the car radio. I close my eyes too. It only takes a few minutes for me to slip into sleep.

What to see in a weekend in Lübeck ❯

add a comment of One day on the Chapada Diamantina