Singapore Travel Guide: what to know before visiting Singapore

Singapore is a city-state in Southeast Asia. Founded as a British trading colony in 1819, it became after independence one of the most prosperous countries in the world with the busiest port on the planet.

Singapore is one rich, futuristic, elegant and new nation. Home to incredible green gardens and ancient temples, in the midst of ultra-modern skyscrapers and an effective public transport system. The city it keeps the old and builds the new simultaneously.

From its malls on Orchard Road, and verdant spaces such as i Botanical gardens, to the effervescent nightlife of the night market in Chinatown and the row of Indian restaurants a Little India, Singapore concentrates everything in a small space!

This beautiful island city is an idyllic escape for those who wish to live a myriad of experiences in one destination and a perfect destination for those looking for strong emotions.

If you want a playground for adults and children, you will have to visit Sentosa, an island that hosts many attractions and amusement parks, including the famous theme park Universal Studios Singapore, water parks, wildlife parks, golf courses, beaches and luxury resorts.

To complete the trip, you can say goodbye to the city from the top of the Singapore Flyer, one of the tallest Ferris wheels in the world, or from the spectacular Marina Bay Sands Luxury Hotel at Marina Bay, Singapore's most iconic hotel for the world's largest rooftop infinity pool.

In short, there are endless opportunities for all kinds of interests. In this Singapore guide you find useful information to better plan your trip in this splendid and fascinating country unique in the world.

When to go to Singapore

Singapore is only 1 degree north of the equator, which generally leads to a warm and sunny weather, without strong seasonal climatic differences. During the year the few rains that fall are quite short, lasting an hour at most except during the monsoon.

La maximum temperature is on average about 32-33 ° degrees, while the minimum temperature of 25-26 °. Therefore they can be spent at any time of the year pleasant days on the beach and by the sea, which has an average temperature between 28 ° and 30 ° degrees.

The months that go from July to September they are a great time to explore the many facets of Singapore; especially around July, when they take place numerous events such as the Great Singapore Sale and the Singapore Food Festival.

From February to April the climate is quite pleasant and you can practice many outdoor activities, such as jungle trekking, bungee jumping, cycling etc. It's surely the best time to visit Singapore.

November to January are the wettest months, while the hottest months are May and June. Those who cannot handle high temperatures or high humidity should avoid visiting Singapore during this time.

How to get to Singapore

Almost all major international airlines have flights to Singapore. There is regular air traffic from Singapore to various destinations in Europe, Asia, the Middle East, Australia and North America.

Regularly voted the best airport in the world, its facilities include a gym, several gardens, an outdoor swimming pool, free internet access, cafes and many shops.

There are direct flights operated by the 5-star airline Singapore Airlines with departures from many places.

It is the cheapest way to get to Singapore from Malaysia and Thailand. There are several buses that connect the city of Kuala Lumpur (Malaysia) to Singapore. These buses depart from the bus terminal KL in Puduraya o KL Sentral, offering a regular service (from 05:00 to midnight every day). The buses are operated by transport companies SBS and Causeway Link, the latter being much faster.

Singapore is increasingly being used as a base for cruises sailing in the seas of Southeast Asia. If you arrive on a cruise, your stay will vary from the cruise line's schedule.

There are services of Ferries Regular to Harbor Front (formerly known as World Trade Center), Marina Bay Cruise Center (Marina Bay), Tanah Merah Ferry Terminal (East Coast), Changi Point Ferry Terminal (near the airport) and Changi Ferry Terminal from Malaysia and Indonesia. These ferries offer a great experience to see Singapore from the sea and are also a great way to travel.

Getting around in Singapore

The efficient and regular bus service offers a fun way to explore the island's charming streets. Beyond 300 lines by bus, with approx 4.600 bus in operation, they run through the streets of the town.

To pay the regular ticket of the bus, all you have to do is touch the smartcard on the player when you board the bus and tap it again when you get off. The reader will show the cost of the trip and the amount left on the card. If you want to pay in cash, you must have the exact amount to put in the ticket machine on the bus.

The Mass Rapid Transit (MRT) connects every part of the city and is the fastest and cheapest way to get around in Singapore. Trains operate from 5:30 am to midnight, with around 90 stations connecting the city center and the suburbs. Me too'Changi airport it can be reached by MRT with regular trains and the journey takes only thirty minutes. A single trip can cost between $ 1 and $ 2,10 (plus a $ 1 refundable deposit).

Taxis are cheap and readily available throughout Singapore, even if you wait a little during peak hours. They can be easily picked up from taxi ranks on most streets. When in the city center, you can only take a taxi at designated locations outside major shopping malls and hotels.

Le rates base starts at $ 3 with an additional $ 0,22 for every 400 meters traveled. Expect a higher fare during night hours, peak hours and travel to the central business district. At Changi Airport, the taxi rank is located in the arrivals hall of Terminals 1, 2, and 3.

The Tuk Tuk is a picturesque three-wheeled taxi mainly used in Southeast Asia. Explore the city with this traditional pedal-operated mode of transport. The ride is great fun, although tuk tuks aren't meant for urgent travel. They are plentiful in tourist areas such as Chinatown and fares vary depending on the route and distance.

Singapore is a small town located on an island. With a population of over 5,5 million people it is a very busy city, second only to Munich as the most densely populated country in the world.

However, unlike many other densely populated countries, Singapore has over the 50% of the area covered by greenery and with beyond 50 large parks e 4 nature reserves, is an enchanting garden city.

Best areas to sleep in Singapore

Large independent residential areas have multiplied all over the island, around the center of a clean and modern city. The city center is located in the south and consists of the commercial area of Orchard Road, from the river of the new area of Marina Bay and also from the high-rise financial district known as the CBD (Central Business District).

Bugis and Kampong Glam - are old neighborhoods in Singapore, now largely taken over by shops.

Chinatown - the area originally designated for the settlement of the Chinese population, today it is a very popular attraction for tourists.

Little India - a piece of India, north of the city center.

Balestier, Newton, Novena and Toa Payoh - Burmese accommodation and temples within the center.

Woodlands - the northern part of the island, Singapore's residential and industrial hinterland. This area is home to the Singapore Zoo.

Western part - in the western part of the island there are the residential areas of Singapore.

Jurong - home of Nanyang Technological University. There is an ice skating rink at Jcube in Jurong East and some attractions such as the Singapore Bird Park, the Singapore Science Center and the Singapore Discovery Center.

East coast - largely is the eastern residential area of ​​the island, contains Changi airport, miles and miles of beach and many famous restaurants. It also covers Geylang Serai, the real home of Singapore's Malaysians.

Sentosa - a separate island, once a military fortress and today the main tourist destination of the island with many resorts, casinos, attractions and theme parks including the famous Universal Studios Singapore.

Necessary documents - A passport with residual validity of at least 6 months. The entry visa for the Spaniards it is not necessary for tourism or business reasons, as long as the stay does not exceed 90 days.

Tongue - The languages ​​spoken in Singapore are: English, Mandarin, Malay and Tamil

Phone - Singapore uses GSM900 and GSM1800 with full coverage over the entire island. You can activate the roaming global on the GSM digital phone and connect with one of the local service networks. Remember to check roaming rates with your operator's.

Alternatively, you can purchase one SIM card local from post offices, 7-Eleven stores and local telecommunication stores. You need to show your passport to buy one. The main service providers in Singapore are SingTel, Mobileone e StarHub.

Il area code international to call Singapore is +65 or 0065.

Wi-Fi - There are several points in the city where free public Wi-Fi is available.

Electricity - The electric current has a voltage of 230 V and a frequency of 50 Hz. Singapore uses type G electrical outlets, so it is advisable to purchase a travel adapter or you can easily find adapters at electronics and hardware stores in shopping malls.

Religions - Buddhism, Islam, Hinduism and Christianity are the most widespread religions in Singapore. There are also other religions, albeit in a minority, practiced: Taoism, Sikhism, Judaism and Jainism. 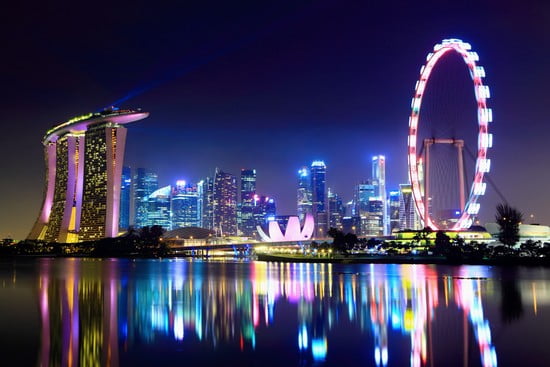 Where to Stay in Singapore

Where to sleep in Singapore: the best neighborhoods to stay

What to see in Singapore: the most beautiful attractions to visit

When to go to Singapore, Best Month, Weather, Climate, Time

add a comment of Singapore Travel Guide: what to know before visiting Singapore