The Ostiense district, with its many abandoned factories, has become in recent years one of the most frequented areas by the Roman underground reality. Precisely this post-industrial charm has led many artists to make theirs there works of street art.

The area is a sort of open-air museum and offers the possibility of a free visit to anyone who wants to wander through its streets, browsing among the works of most important street artists, Italians and foreigners.

The visit can have as its starting point Via del Commercio, then reach Via del Porto Fluviale and end with the Via Ostiense underpass.

Kid Acne, Paint Over The Cracks – Via del Commercio 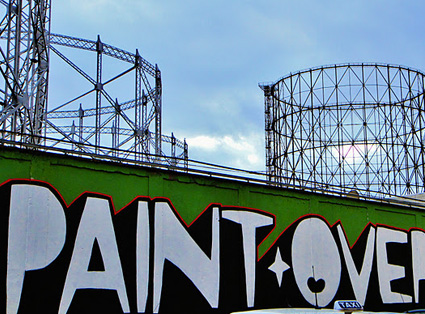 Paint Over The Cracks, or rather paint over the cracks, is an immense writing that wants to highlight the strength of art and creativity against the ruins of our times. 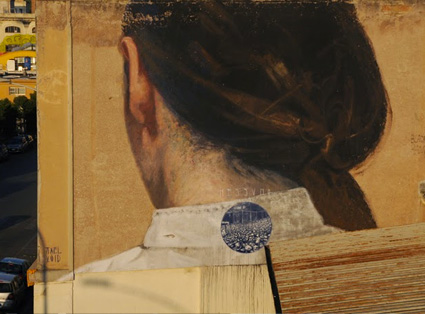 This work that smacks of nineteenth-century painting depicts a woman from behind and is inspired by the building that houses it, the Cantini hardware store. The company supplied many of the materials used to build the Ostiense district.

The woman, inspired by the founder of the company, represents the family nucleus, while in the center are all the workers who have contributed to the future of the entire area. 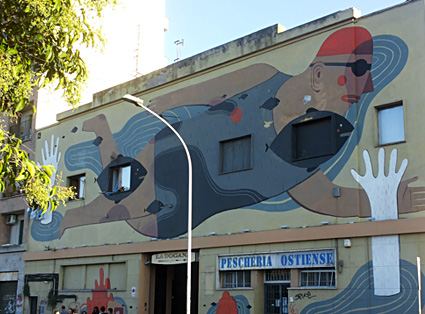 The artist covered the façade of the historic Pescheria Ostiense with a giant figure swimming in a sea full of fish, wearing goggles, cap and costume. 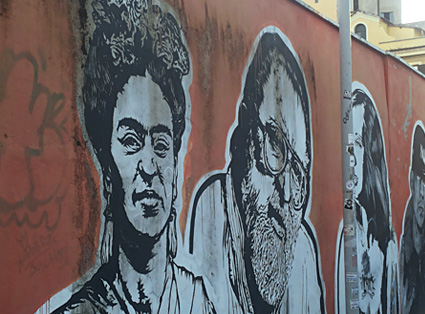 One of my favorite works is a mural of about 60 meters where the artist Jb Rock represents more or less famous characters from A to Z, from Dante Alighieri to Zorro. Among the various characters there is also the artist himself depicted in the role of Zorro, while at the letter M we find his mother. 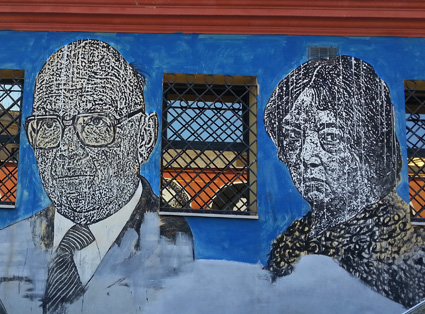 In front of the work of JB Rock we always find a series of portraits, but this time they are all of ordinary people. The work is created by the artists Sten & Lex.

Blue, Front of the Port - Via del Porto Fluviale 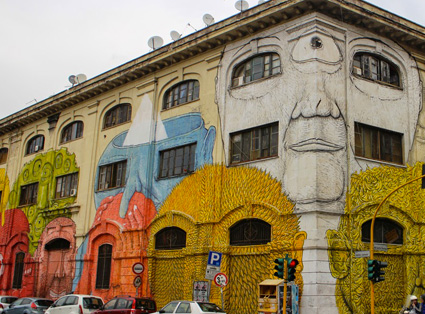 The facade of the former air force barracks, occupied for years, has been completely covered by the immense work of Blu, one of the best street artists around.

The work is intended to be a denunciation of the housing problem, in defense of those who occupy the building itself. 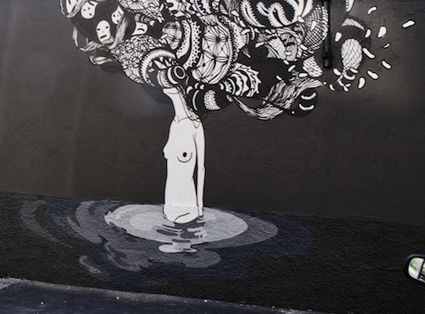 The Brazilian Herbert Baglione has created a series of black and white figures that symbolize the themes of life and death, order and chaos. 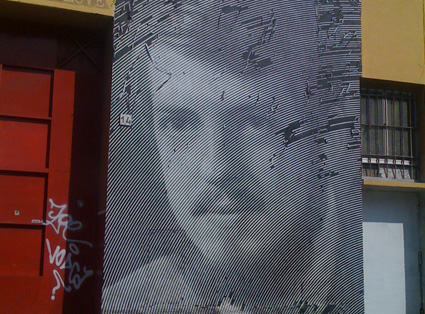 Opposite the Brazilian artist's work there is another face of Sten & Lex, on the wall of the historic local Rising Love.

The last stop on our tour is the Via Ostiense underpass with a series of works by various artists.

add a comment of Street Art a Roma nell’Ostiense Underground