Author and references
The romantic cruise on the beautiful blue Danube 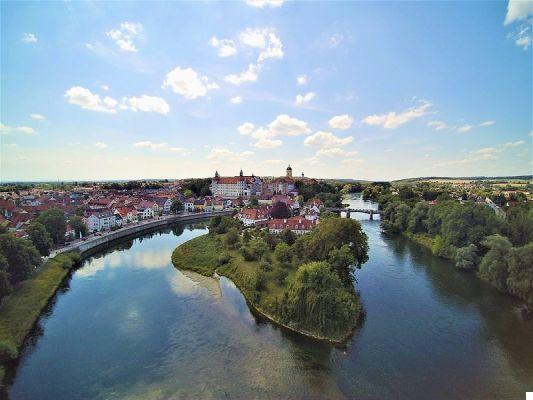 The Danube in Germany in Neuburg

The cruise is not only sea and infinite gazes into the blue that touches the horizon and merges with the sky, but also the green waters of a river whose banks are embraced by green and wild nature. You pass through the cities that placed their first stone right here because the river was a source of wealth in a past where trade was not done with trains and planes, or by road, but flowed fast and practical only on liquid roads. fluvial that connected our old continent. Even today the importance of this transport route has its economic importance, but also its tourist importance. And it is precisely here that we connect with the multicultural cruise on the beautiful blue Danube.

From the Black Forest in Germany to the Black Sea, the Danube extends for almost 2900 kilometers, the width and depth of the basin allow navigation to many large vessels, including cruise ships. The river originates in the mountainous area of ​​southern Germany from the union of two minor rivers and flows through an important delta into the fresh waters of the Black Sea.

Most of the cruises depart from Vienna, pass through Bratislava and arrive in Budapest for a shorter trip, or extend to Romania for a cruise that can last up to 11 days, the choice is yours because the journey can also be done in reverse. .

You will set sail to discover wonderful cities such as Vienna to admire the baroque architecture of the Belvedere Castle, one of the most beautiful in Europe, the Schoennbrunn Castle, a UNESCO World Heritage Site and maybe try a classical music concert where you can hear the romantic waltz “On the beautiful blue Danube” by Johann Strauss's son of the same name.

You will continue on to Bratislava where its castle dominates the Danube from above. You cannot miss the Cathedral of San Martino and the curious Blue Church, dedicated to Saint Elizabeth, painted in turquoise and with a fairytale appearance. You will not leave the city without having tried the Slovak dish par excellence, sheep cheese gnocchi accompanied by goulash, a delicacy.

The Danube in Bratislava, the castle

Then suddenly you find yourself in front of the magnificence of one of the most beautiful cities in the east, Budapest. Unmistakable its skyline characterized by the Chain Bridge and in the background the facade of the Parliament Building with its white spiers and red domes. And then you will not stop going into the city to explore Buda and Pest on the other side, so different from each other but united by history and the numerous bridges that cross the Danube. The Matthias Church in Pest is one of the most interesting constructions in Budapest and a stop at the New York Cafe in Buda will allow you to take a journey into the past. 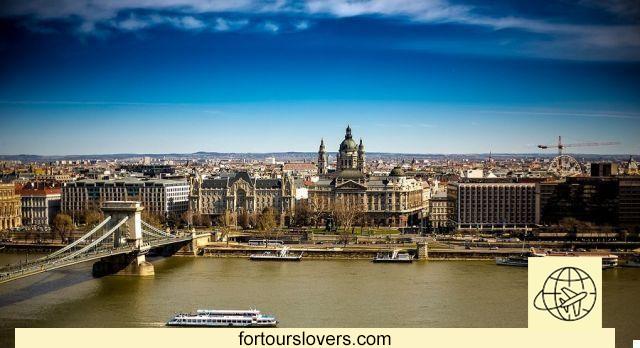 The Danube in Budapest

With a day trip from Vidin you can reach Sofia in Bulgaria. A city with many facets, with its historic center among the oldest in Europe. You will find a great variety of art and history, for example you will pass from the early Christian church of St. George in red brick to the golden domes of the Orthodox Cathedral of Alexander Nevsky. Four steps along Vitosha Avenue until you reach the Yuzhen Park will allow you to get to know the city and its citizens better, passing in the middle of shops and clubs.

Il best time for a Danube cruise it is definitely late spring and summer, to enjoy the beautiful sunny days and pleasant temperatures that will allow you to better visit the cities involved in navigation for a varied and complete journey. Danube cruises are also carried out during the winter but with shorter itineraries, usually Vienna-Budapest, due to problems with navigation if the water level prevents them from continuing. Among the most interesting Danube cruises on the web we found these by Giver Viaggi.

A cruise in our eastern Mediterranean