Author and references
The scents of the Langhe in October 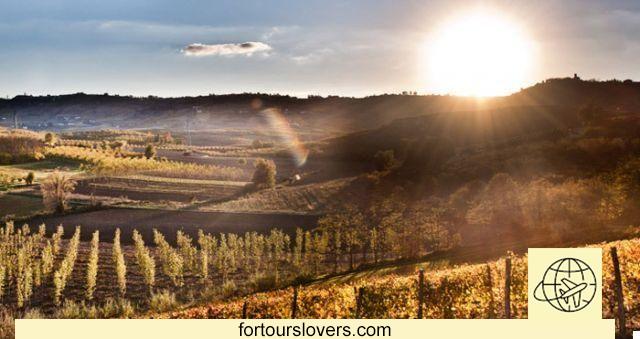 The Langhe, a territory of south-eastern Piedmont with poorly defined contours, a land of magic, peace and hospitality. Already walking along its winding streets, we are surprised by the splendid scenery that slowly appears before our eyes. Gentle and placid hills wind green and ordered by immense vineyards.

Here and there small and luxuriant groves peep out; on the peaks of the hills sleepy villages lie among which stand out the remains of ancient castles or towers or bell towers that pierce the sky.

Features are the towns of Cherasco, Bra and Pollenzo with its monuments, the Roman remains, also home to the University of Food and Wine Sciences. Graceful villages such as Barolo, Novello and La Morra, from whose belvedere a breathtaking panorama is revealed that leaves us in absolute and harmonious contemplation.

To visit the castles of Grinzane Cavour and Serralunga d'Alba, still well preserved and rich in history. The most important center of the Langhe is Alba, a charming and welcoming town from the elegant palaces, from the old towers, from the beautiful churches and from the remains of the Roman city.

The high season runs from the beginning of September to the end of October, the ideal time to savor all the flavors of these lands.

The air is permeated with new, more intense scents: it's time for truffles and harvest. In this period the spectacle of the placidly green landscape is transformed into a palette of warmer and brighter colors: yellow, orange, red, brown, in an infinite variety of shades. 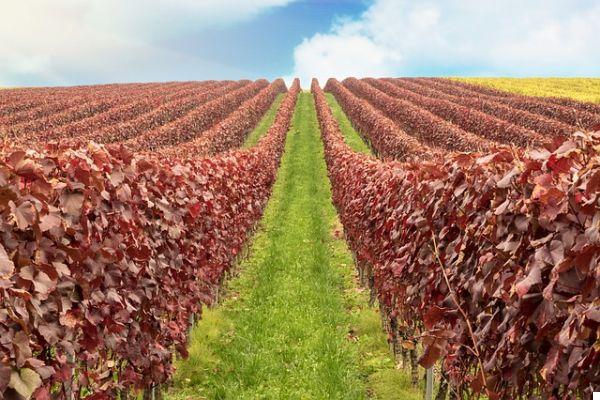 In the numerous wine cellars, fine wines known all over the world age: Barolo, Barbaresco, Barbera, Nebbiolo, Dolcetto d'Alba and others that are wonderfully accompanied by local culinary specialties.


Famous the wide range of cheeses then … bagna cauda, ​​fondue, veal with tuna sauce, Fassone meat, plin, the financier, desserts, and so on ... up to the most prized Alba truffle also called "biancone". 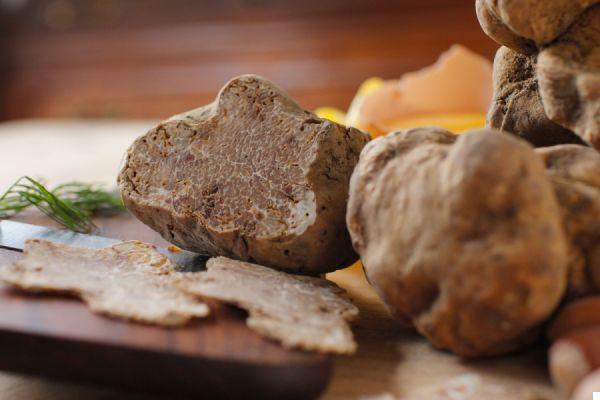 in first two weeks of October each year, the International Alba White Truffle Fair begins in Alba, a festive and lively fair dedicated to this priceless and fragrant tuber, of which an important auction is also held at the castle of Grinzane Cavour.

The fair runs until November, to the official website of the fair find the complete program.

add a comment of The scents of the Langhe in October