Travel to Scotland among castles and unspoiled nature

Journey to an authentic Scotland

If I tell you Scotland I'm sure that the first image that comes to your mind is that of Braveheart, after all the psychological terrorism they have been doing for decades at Christmas with this film, it also seems normal to me.

You don't go very far. Cities are cities, each one has its peculiarities and its monuments but they are not particularly different from any other European city. When instead you wander among the most remote territories dotted with fascinating ones Scottish castles, then yes, you smell history, you touch it, the air is permeated with history. You look at the various expanses of grass and you imagine Mel Gibson riding his horse with drawn sword. 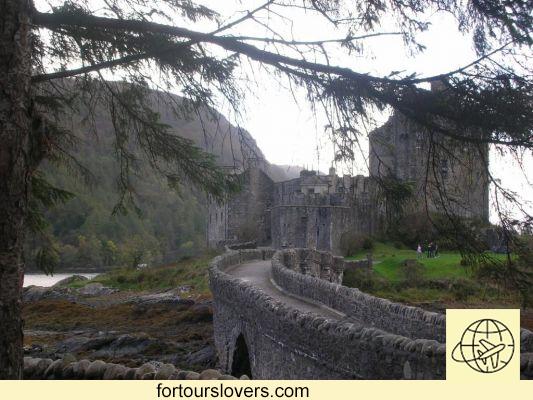 That's how it is, a tour in Scotland leaves you with something special that enters you without you noticing it, conquers you and you feel its call even after many years.

What I'm talking about is one of my first trips in general and among other things the first on the road.

This trip to Scotland born in front of a beer in a pub. Between one sip and the other my dear friend Simone and my colleague and I decide to go on a tour in Scotland, he had been talking to me for a while. 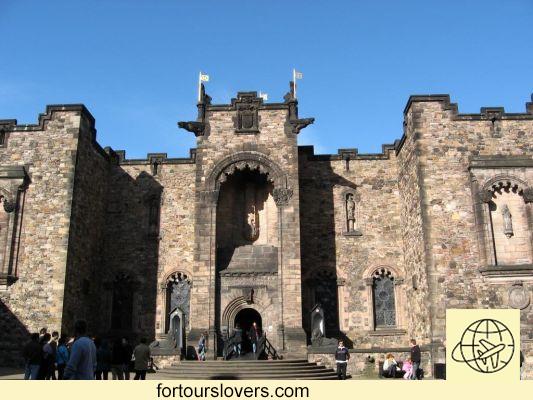 And so on! Those were good times, a Ryanair ticket still cost 10 euros round trip, indeed we even risked getting the one for 1 cent. Now you forget these prices.

Ours was a 8 day trip to Scotland in October in search of castles. We initially dedicated ourselves to Glasgow and Edinburgh, then a desperate search began for a car rental that would allow us to rent a car even without a non-prepaid credit card. Yes, I know, you will say "how, without a credit card ?!" Oh yeah! We were youngsters and none of us had it, but the only possibility to reach the various castles and therefore the north of Scotland was to rent a car, among other things by paying a surplus because none of us was over 23 years old.

Advice for those who do not have a credit card: assuming that in 2016 the possibility that you do not have a credit card is quite remote, should you need it, the car rental we relied on was the National Car Rental of Edinburgh. I think there is one in town and one at the airport. I can't tell you if they currently allow rental without a credit card, badly if you need to give them a ring, send them an email or a tweet, even if I would go back to the racing pigeons or the Games Of Thrones-style crows. To want to see with Scotland they also square enough.

Luckily we were able to take the car, it was essential, otherwise we would have been confined to Edinburgh for the remaining days and we would have had to do the daily laps on the real mile to pass the time!

As far as I'm concerned this trip was the opposite of what I am now. Now I try to plan a trip in the details trying not to waste time, in short, I optimize everything.

The trip to Scotland was anything but, imagine the scene: 3 friends, a map, a car and a rough itinerary: it almost seems like the plot of a film.

The rough itinerary was the North + Lochness + Isle of Skye, we didn't know the intermediate stages.

With map in hand, mind you MAP… We followed this rough itinerary. Of course, we also had the Nokia Communicator 9500 of work with us, too bad it didn't hold the battery for more than ten minutes and we used it only in case of extreme necessity, ergo when we were in panic.

The real dynamic was: Open the map -> Where we have to go -> Look there is a castle on the road -> Bon and castle both !! 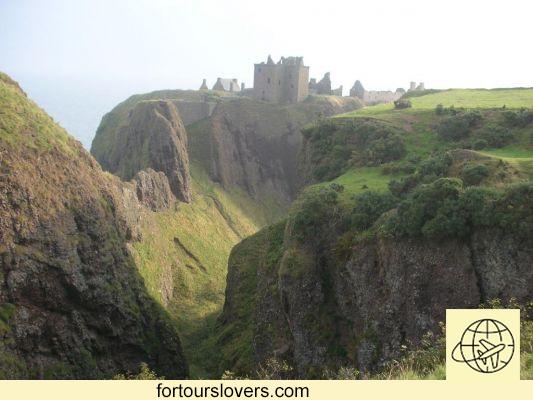 And so we passed 4 wonderful days in Scotland visiting castles in the woods, in the mountains, in the plains, overlooking the sea (splendid) ... and not only:

Audio Video Travel to Scotland among castles and unspoiled nature
Chefchaouen, immersed in the charm of the blue city of Morocco ❯

What to see in Scotland: main attractions

What to see in Edinburgh: the best attractions

When to go to Scotland, Best Month, Weather, Climate, Time