Where to sleep in Genoa, the advice of those who live there

Who better than who was born and lived there can tell you where to sleep in Genoa?

Well, it's my city (and I love it) and in this post I try to give you some advice on the best areas to stay.

GenoVa it is a city that grew up between the sea on one side and the mountains on the other and, precisely because of this conformation of its coastline, it developed in a long and narrow way.

It is not a big city and it is quite easy to cross from one side to the other. The problem could be the traffic (this is why we who live there all go by scooter!) which sometimes keeps public transport vehicles nailed despite the preferential lanes, and getting around by car is absolutely impossible. 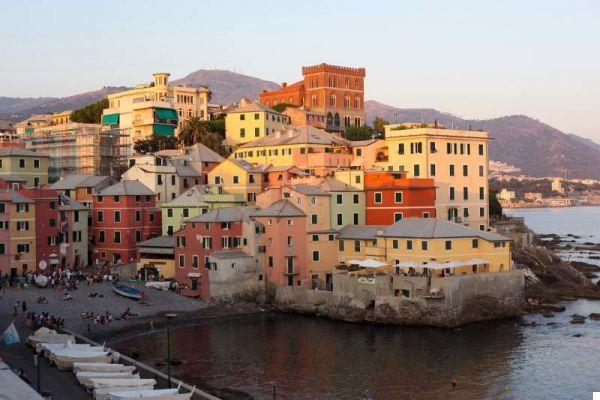 Almost all or all of the downtown area is the blue zone and parking is subject to a fee, so if you arrive by car and decide to sleep in this area, check that thehotel has parking for guests.

Do you want to visit my city? Then read my post on best things to see in Genoa!

Especially if you want visit Genoa in two days It is very important to find a convenient area to move around since almost all points of interest, museums, Rolli palaces and the aquarium are located in the central area.

Keep in mind that it is very different to find a good place to sleep if you have a car or are using public transport, so read this post carefully and if you have any questions, ask me!

Surely the center it is the best place to sleep in some respects. It has a lot of advantages: it is near the aquarium and the Porto Antico, to the most beautiful streets of the city (via Garibaldi for example) and everything is within walking distance.

In the historic center (caruggi) are also found cheap hotels and B & Bs.

The downside is that if you have a car you are screwed: unless the hotel has parking, it is impossible to park unless you pay (expensive).

Restaurants and clubs are close by so especially if you are in the caruggi (historic center) in the evening you could have guys partying until the first light of the morning, since over the years this once infamous area is now the center of the city nightlife.

This area is not good even if you want to spend a few hours by the sea, you have to take public transport to get there and if you have a car, give up immediately: it is impossible to find parking near the beaches even for a fee.

On the other hand, if you stay a couple of days, it is probably the best area to sleep in Genoa: between aquarium, Museum of the Sea, Porto Antico, via Balbi e Royal castle you won't have much time to do anything else.

Where to sleep near the aquarium: Hotel B&B Genova Porto Antico See apartments in the center of Genoa (BOOKING security INCLUDED) 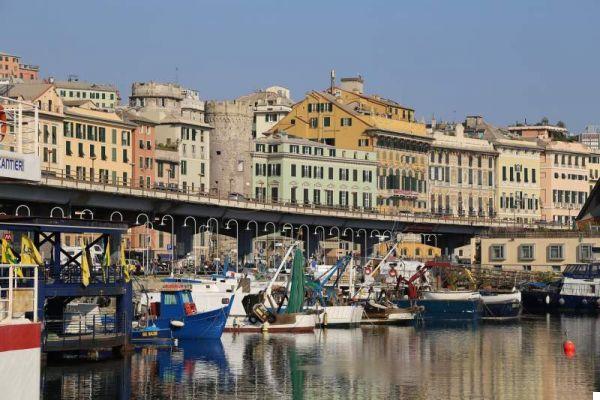 Very close to the historic center of Genoa, actually, in my opinion, staying here is not very different from staying in the alleyways except for the comfort.


Il Porto Antico, once a rather shabby and run-down area, today it is one of the coolest areas of the city, with excellent bars and restaurants (try the Osteria del Vico Palla but book in advance if you don't find a place), clubs and pubs.

Here are the hotel near the aquarium of Genoa and the Museum of the sea like the other points of interest are within walking distance.

The only recommendation is to check that the hotel has, if you come by car, a parking for guests.

Although Marassi is a fairly popular neighborhood, in my opinion it is a great place to find accommodation as it is quite cheap and you can reach the center with a ten minute walk.

Marassi can be easily reached from the Genova Est exit for those arriving by car and, apart from match days (in Marassi there is the Luigi Ferraris stadium) is quite easy to find (but you won't need a car).

East of the Center 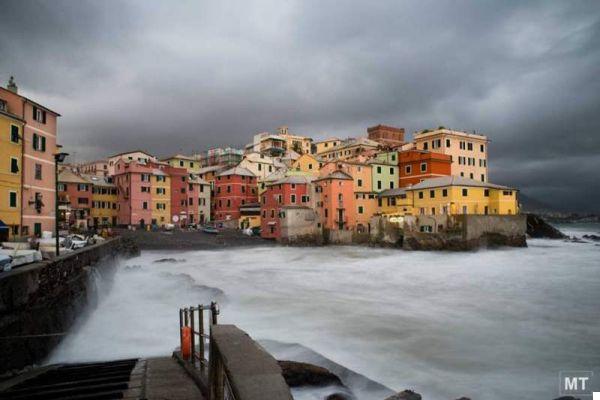 If you are looking for an atypical and charming neighborhood to sleep in Genoa, head east of the city at the end of Corso Italia, in direction Boccadasse. This pretty and quaint former fishing village is certainly a great place to stay even if you have to take the bus to get to the center.


Surely you have heard of Boccadasse and its myriad of colorful houses overlooking the sea. A simply sublime setting to explore from various points of view.

Although this is clearly not the ideal place for swimming (but you have beautiful, pebble beaches just a short distance away, such as Vernazzola or Sturla beach), Boccadasse has a small pebble beach and many cafes and restaurants with terraces that today especially on weekends and in summer they are a meeting place for the Genoese for an aperitif.

There are also good fish restaurants in Boccadasse. However, keep in mind that this is one of the most expensive areas of the city.

If from Boccadasse you proceed eastwards along the seafront you will meet the districts of Sturla, Room e Fifth, the seaside districts of Genoa, with beaches, clubs and pizzerias: the expedition of Garibaldi's Thousand departed from Quarto, a small obelisk (if you can call it that) with a star marks the rock from which they sailed with the ships.

Quarto and Quinto are two of the residential districts of Genoa, along via 5 Maggio there are exclusive villas, overlooking the sea and beaches and rocks where you can swim.

There are no things to see here, but they are beautiful and very quiet neighborhoods, suitable for families, but to get to the center you have to take the bus. If you arrive by car you have to exit at Genova Nervi but do not worry apart from in summer (when you go to the sea) it is not difficult to find parking!

Sturla and Quarto are also the best neighborhoods to sleep in if you come forGaslini hospital which is located right in Sturla. The closest hotel to the Gaslini is theTyrrhenian hotel.

Along Corso Europa, behind the Sturla district, there are some hotels near the San Martino hospital such as the St Martin Resort which is about 300 meters away.

Located in the extreme eastern outskirts of the Genoese capital, a few kilometers from the center, Nerves is a charming and elegant former fishing village famous above all for its Parks, in which the Euroflora event was also held in 2018.

Nervi is also famous for its promenade Anita Garibaldi and the marina. Walking on the promenade you can witness spectacular views of the Golfo Paradiso and the promontory of Portofino and at sunset, the photograph of the Gropallo Tower is an icon of the city of Genoa.

Il marina it is one of my favorite places to have breakfast with focaccia and cappuccino (don't turn up your nose, that's how it is used by us, in fact you absolutely have to try it).

Especially suitable for families with children for its tranquility or for those who love to immerse themselves in romantic atmospheres, Nervi is ideal for those who want to visit not only Genoa but also the surrounding villages, such as Camogli, Portofino and the Riviera easily reachable both by car and by train.

If I had to give advice on where to sleep in Genova Nervi I would definitely say theAstor Hotel: it is located in a very central position with respect to the railway station, the Anita Garibaldi promenade and the Parks. It has parking for guests, a sun terrace with beautiful views of the hills on one side and the coast on the other, a restaurant that cooks typical Ligurian specialties and a wonderful garden. There is also a covered parking for bikers who can safely and safely leave their bikes.

West of the Center

Even though it's the airport district, Sestri Ponente it is called an "open-air mall" since its main street contains some of the most chic shops and boutiques in the city.

It is not very close to the center (oh my God not very far to tell the truth) but to go there you have to take the bus or make a few stops (a couple) by train.

In Sestri there is Marina that is a neighborhood with a very nice marina, full of bars and restaurants where to eat in the evening.

If you want a different experience, you can also choose to sleep on a boat, but if you don't like humidity, maybe it's better not.

Near Sestri there is also the shopping center and entertainment center the Fiumara, where there are bars and clubs, shops, bookstores, the UCI Cinemas Multisala (with 14 rooms where films with the highest modern technologies are shown) and arcades.

Pegli is a pretty fishing village now incorporated into the city. Its promenade is full of clubs and is a perfect area in summer due to the huge beach and the services it offers.

Pegli, however, is not very suitable for those who want to visit Genoa given the distance from the center so I don't feel much like recommending it to spend the night.

However, it is beautiful so if you want to combine the sea with a visit to the city and have a few more days, keep it absolutely in consideration!

Where to Stay in Jerusalem: Guide to the Best Areas ❯

add a comment of Where to sleep in Genoa, the advice of those who live there