After so many holidays in wonderful Sardinia, have you finally thought of Corsica as your next destination?

Well, great choice! Now, however, before diving into its crystal clear waters, it is important that you select carefully the best area to stay in Corsica.

Obviously the choice depends on several factors and personal preferences:

I give you good news, in this article you will find all the information and advice to choose the ideal area according to your needs.

Tourists who are preparing to go on holiday to Corsica for the first time, all have a great doubt: prefer the north or south of the island.

For this, we immediately see the main differences between the north and the south.

Where to sleep in Corsica: North or South

The south is certainly the area where the most beautiful beaches of Corsica are found, but on the other hand it is also the most expensive and most crowded area during the high season.

The north has less beautiful beaches than the south, but wilder and more uncontaminated, a more fascinating landscape, the possibility of excursions even in the hinterland and above all the costs are lower.

Let's see in detail the two extremes of the island and some recommended places to sleep in Corsica. 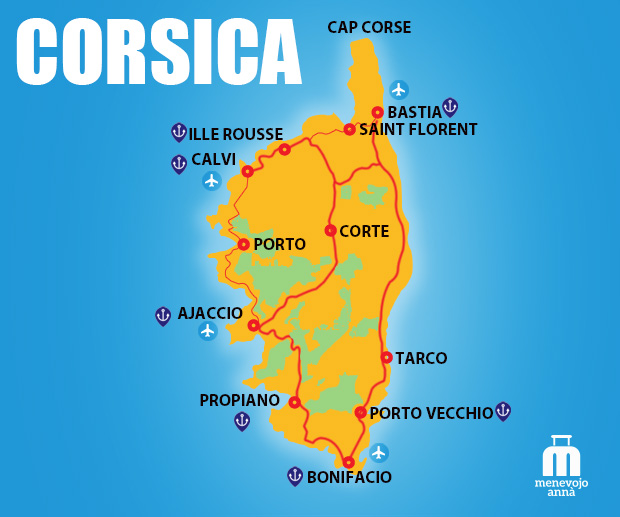 If you are the true lovers of the beautiful sea, South Corsica is the one for you. Here are the most beautiful beaches, like Palombaggia, Santa Giulia and Rondinara, and beautiful locations such as Portovecchio and Bonifacio.

Portovecchio is undoubtedly the best for summer holidays, but unfortunately also the most expensive. Alternatively you can consider other locations such as Tarco, with beautiful beaches near or look in the inland villages a few kilometers from the coast.

Bonifacio is one of the most beautiful towns in Corsica, the historic center is a marvel, a maze of narrow streets, between churches and ancient buildings overlooking the sea.

From here to Porto Vecchio you will find truly dream beaches. 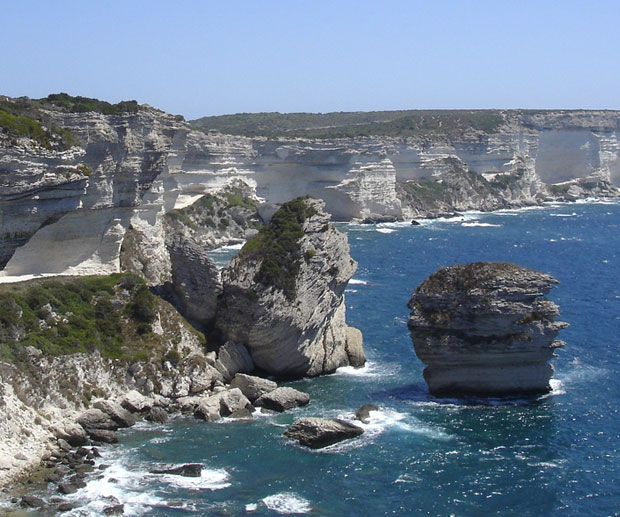 Porto Vecchio is the ideal place to stay in Corsica for those looking for beautiful beaches and a bit of evening life.

The area is also perfect for families with children, the beaches are sandy and the water is shallow.

Tarco can be a solution for those who want to save a little, especially in June when it is not yet overrun by tourists.

During the high season it will be more inconvenient to move to the most beautiful beaches in the south, but luckily the beaches of Tarco are also not bad.

The North is wilder, less crowded and ideal for those who, besides the mere, are interested in discovering the hinterland and hiking in the mountains.


The west coast is more indented and usually windier. The east coast, the one closest to Bastia has sandy beaches, but not equipped.

Calvi is a great option for a holiday in Corsica, a lively town in the evening with many restaurants especially near the port.

The long sandy beach is also beautiful, suitable for families with children, because the sea remains shallow for several meters.

Ille Rousse is the other recommended destination for a stay in Northern Corsica, famous for its beautiful beach and a quiet and relaxed atmosphere.

An excellent solution to get around this area and to see the most beautiful beaches is through the "Train de la Balagne", historic and characteristic little train that runs along the coast, from Ile Rousse to Calvi.

Where to stay in Corsica: Final Considerations 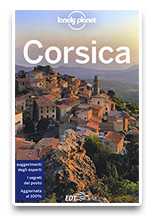 Traveling to Corsica? Start with The Right Guide

Practical and detailed guide to planning a trip to Corsica.
Don't leave without Lonely Planet!

Best Destinations to go to the Sea in January ❯

When to go to Paris, Best Month, Weather, Climate, Weather

How to visit the Palace of Versailles: timetables and tickets

Where to go on holiday in Corsica: the best destinations and cities to stay

Eiffel Tower: ticket prices, timetables and how to get there

add a comment of Where to stay in Corsica