White nights in the north, when to go there?

Author and references
White nights in the north, when to go there? 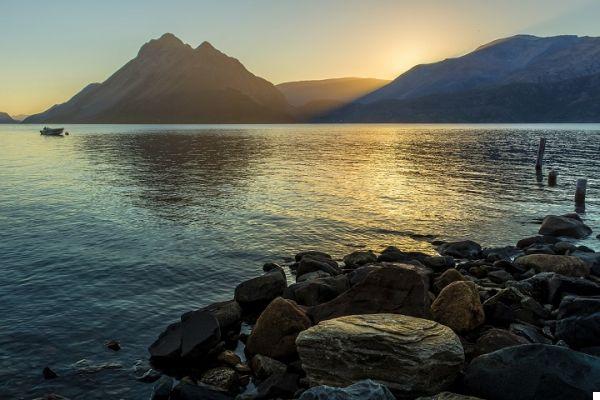 White nights or the midnight sun is a natural phenomenon determined by the inclination of the earth's axis which, with respect to the exposure of the sun, during the solstices illuminates the area of ​​the polar circles (Arctic and Antarctic) for 24 hours. .

The sun is the protagonist of this event and for six months it does not go down beyond the horizon line. The opposite phenomenon is called the polar night. During the other semester the sun, in fact, remains hidden behind the terrestrial hemisphere and does not peep out, making the polar areas a place obscured by darkness. The phenomenon is much longer near the poles (six months), while it gradually gets shorter as it descends towards the Polar Circle area.

Since the Antarctic Circle, beyond the 66th parallel south, is almost deserted and the only point on the mainland is Antarctica occupied only by scientific bases, the regions of the Arctic Circle which include in addition to the North Pole also the areas (beyond the 66th parallel north) northernmost of Russia, Norway, Sweden, Finland, Greenland, Canada and Alaska, are the ideal places to admire the phenomenon.

During the equinox of light, which in the northern hemisphere begins in March, the phenomenon of the midnight sun takes its path and reaches its maximum expression on the day of the summer solstice. Therefore, from mid-May to July, even mid-August in the places closest to the North Pole, in the areas of northern Europe - but not only - the nights are shortened to a slight twilight lasting a few hours. In any case, the best time to enjoy the night that merges with the day remains close to June 21st.

Let's start from Russia, where the best place to experience the midnight sun is the city of Murmansk. With its huge port it is the largest city in the Arctic Circle, and you can go there from mid-May to mid-July. In St. Petersburg, even if it is outside the Arctic area, the phenomenon is clearly visible from late May to early July, with a peak on 21 June when the day persists for up to 18 hours and the city comes alive at night creating a magical aura.

In Finland, the midnight sun is visible in the area that includes Finnish Lapland for 70 days from mid-May to mid-July. Even in Helsinki, which is located in southern Finland, the sun hides below the horizon in the week that includes June 21, for a few hours - from 23pm to 4am - with a sunset and sunrise turning into a whole.

In Swedish Lapland, the midnight sun occurs between late May and mid-July. In Stockholm during the week of the solstice (June 21) the sun rises at 3.30 and sets at 22. Further north in Kiruna, the northernmost city in Sweden, from the last week of May to mid-July the sun never disappears and the sunlight never disappears. day lasts for 24 hours.

In Norway the areas affected by the white nights are the archipelago of the Lofoten islands, covered with rocky mountains and sheep pastures, from late May to mid-July, the county of Troms indented by fjords and rich in birch forests, between 20 May and on 20 July, the North Cape area at the extreme point of Norway from mid-May to the end of July and the Svalbard Islands which are the best to admire the midnight sun from 20 April to 20 August. 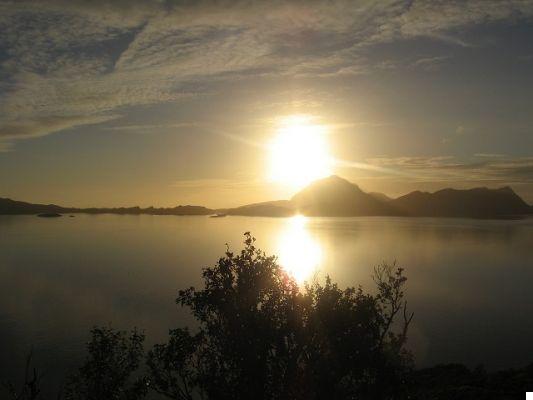 In the north of Canada in the Nunavut region, in the capital Iqaluit, during the solstice (June 21) the days last 21 hours and then you can take advantage of the most time available to explore the wilderness, national parks and Inuit culture .


Much of Greenland and Alaska are part of the Arctic Circle. In Barrow, Alaska from the end of April to the beginning of August the sun is visible for all 24 hours of the day, while from the end of May to the end of July Greenland is affected, in the capital Nuuk during the week that includes June 21 the sun does not set never.

Iceland overlooks the Arctic Circle and is marginally affected by white nights, the sun remains just below the horizon creating a light twilight in the months from May to early August. In the capital Reykjavik, the midnight sun is noticeable in the week of the summer solstice.

During the white nights the atmosphere becomes magical, time has no limits, the nightlife comes to life and the cities are reborn after the darkness of winter. This is the unique time to travel to the many destinations included in the Arctic Circle and enjoy the long nights enchanted by the twilight light. Summer and the many hours of daylight will allow you to optimize your travels without losing anything of your destination, because the virtual clock in these lands doubles its time.

Audio Video White nights in the north, when to go there?
Winter in the Laccadive Islands ❯

add a comment of White nights in the north, when to go there?