Author and references
Winter cruise in the Arabian Sea

Cruises are not only exclusive to the summer but there are also suitable destinations to sail during our winter. In addition to the spectacular Caribbean Cruise, for those who want to discover the luxury of the Arab world of the Emirates and the Islamic world, they can embark on a cruise ship and set sail towards the waters of the mar Arabian. 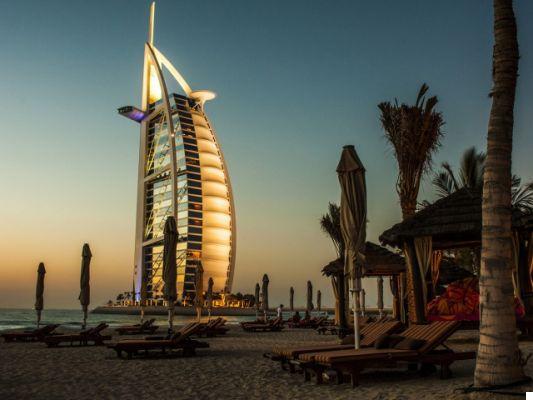 You will touch the coasts of Oman, of the UAE and Qatar for a journey suspended between luxury, tradition and the arid nature of the desert. You will descend to Dubai and Abu Dhabi and be amazed by the extreme wealth of their modern buildings, trendy clubs and unbridled luxury.

The two cities, with the appearance of the environments of the most imaginative fairy tales, will allow you to immerse yourself in excellence and splendor, among the sumptuous shops, the best restaurants and hotels, the largest amusement parks. Or you can delve into the traditional Arab markets, or suk, from Dubai to rediscover the essence of the Arab world, between gold, spices, perfumes and fabrics.
You will find again gold even in the colors of the sand dunes, away from the center of Abu Dhabi, immersed in the magic of the desert and enveloped in the scorching heat that rises from the sand during the day. You will then crouch in front of the fire inside the camp under the only lights that shine in the night, and that here seem brighter than elsewhere, the stars of the firmament. 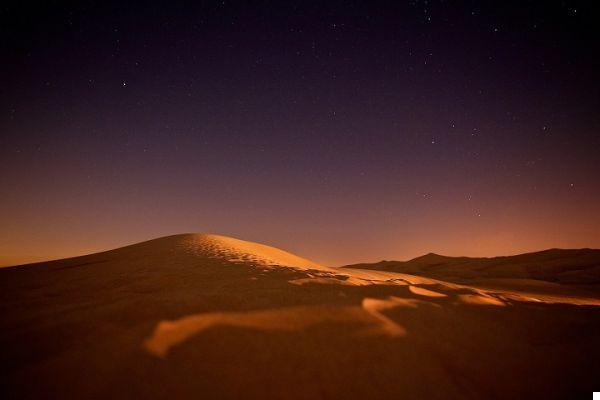 You will then reach the coasts ofOman where a land set between canyons, desert, mountains and sea will reveal itself to you. Enter the oldest city in the Middle East, Muscat, will allow you to experience the historic markets of the time inside the old city, as in the ancient one Muttrah Souq where you will find local handicrafts, fruit, spices, fabrics, gold, frankincense and myrrh, and all the products of the Arab tradition. 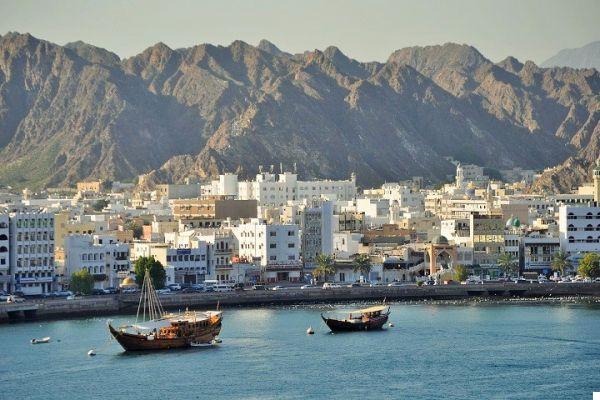 Mosques are present everywhere during a cruise in the Arabian Sea, entering them is like diving into the heart of the Islamic world, admiring the perfection of Arabian architecture so stunning and so opulent. The most sumptuous of the mosques is undoubtedly the Sheikh Zayed Grand Mosque in Abu Dhabi, where you will find the largest carpet in the world of Iranian origins, precious marbles, gold and princely chandeliers. 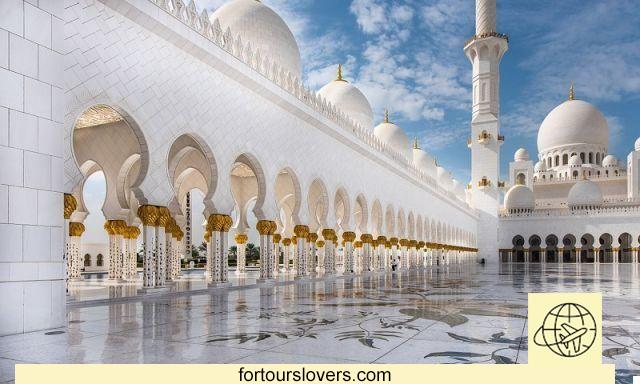 And finally, the night view of Doha in Qatar it has nothing to envy to the largest metropolises in the world. The lights that reflect its profile on the waters of the port make the arrival of the ship in front of its coast magical. Qatar is un intrinsic mixture of contemporary palaces and ancient fortresses. Upon entering the Souq Waqif, one of the most characteristic markets of the Middle East, you will breathe a full Arab atmosphere and you can indulge yourself in shopping, with the possibility of buying anything you can think of, or almost all. 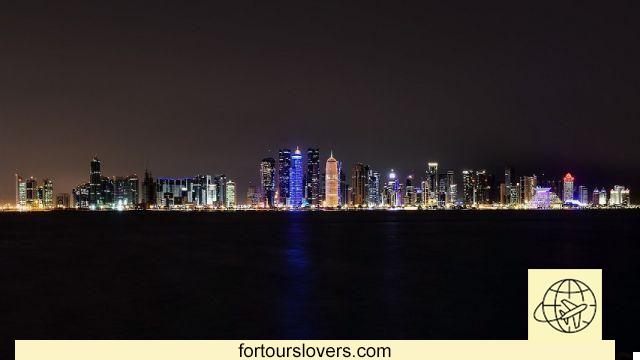 Winter is the best time for a cruise in the Arabian Sea as temperatures are more bearable than summer, when they often reach 40 ° C and humidity makes the days particularly muggy. During the winter months, the heat becomes more tolerable and temperatures averagely around 28 ° C, while rainfall is practically non-existent.

Why take a cruise?

add a comment of Winter cruise in the Arabian Sea