Traveling alone it simply makes me feel good and every now and then I take a few days of space to be in the company only of myself, travel at my own pace, decide where and what I want to do: last year my goals were Albania e Croatia, this time, by chance, I came across Bulgaria.

In short, the Balkans are calling me, louder and louder. 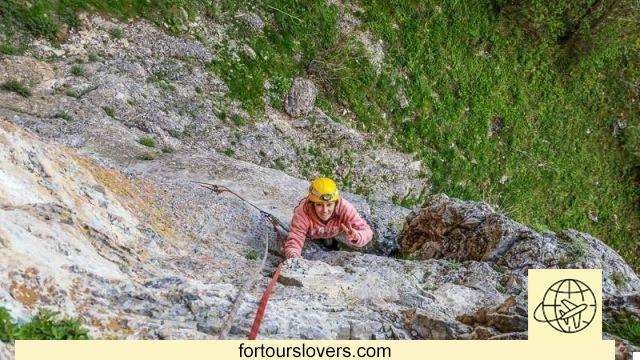 Climbing in the Rhodope Mountains, during my solo trip to Bulgaria

Yes, I admit it, I had never thought of visiting Bulgaria until I found a super-convenient flight: without thinking too much about it, I bought it only after starting to look for information on traveling alone in this country and realizing that I did not it alone has a lot more to offer than I thought it would be, but that it is truly a hidden gem and if you love hiking or outdoor activities it's even better.

Why put Bulgaria among the next destinations

Bulgaria is often known as a relaxation destination for its beautiful beaches overlooking the Black Sea (for example the very famous Sunny Beach), excellent resorts, a vibrant nightlife and all a fairly low price. But it is enough to read any post on the internet to realize that considering this country only for the sea, the beaches and the sun is really a huge mistake: with 7 mountain ranges that cross it, with a troubled history, but rich in different cultures. have happened here one after the other, Bulgaria is a destination that offers excellent opportunities for those who loveadventure and being outdoors, for those looking for history and ancient countries and for those looking for a country that is not yet considered an attractive destination for mass tourism. 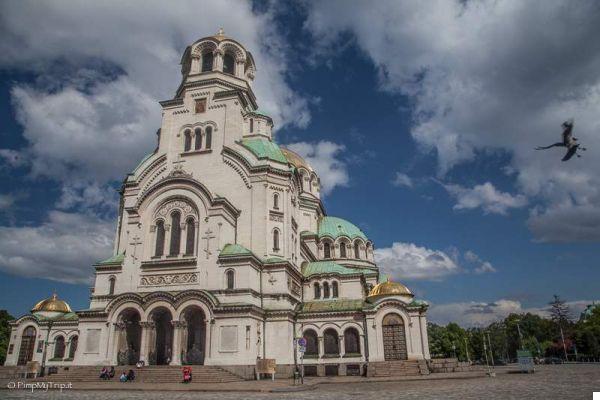 Sofia is the second oldest European city. A fusion of modern and history, it is a city that, although it cannot be defined at the level of other European capitals, is somehow surprising, just think that a museum is located in the subway station and a 14th century church in a subway.

The Church of San Giorgio hidden in the courtyard of the Presidency rips a wow from the lips. At night you can take a stroll to the National Theater for the beautifully lit fountain, but some neighborhoods are best avoided due to the number of kids who are obviously too addicted to alcohol.

I personally liked the city, but I think a couple of days are enough to visit it.

Known as the 'city of seven hills' Plovdiv is surprisingly interesting for clothing, although prices here are on average higher than the average in other cities for shopping. If you want to take part in city life, it is interesting to stop in one of the “Gossip” bars in the center for a coffee. From the top of the hill, which can be reached with a walk, you can enjoy a splendid and picturesque view of the city and the ruins of the Roman stadium (so well preserved that it is still used today for theatrical performances).

Ancient capital of Bulgaria, it is located on the rocky banks of the river Jantra and is an important center of the manufacturing and textile industry. The old town is beautiful, a must on a trip to Bulgaria.

Not only ideal for unspoiled nature, Bulgaria is also famous for its wine production: you can sip a glass of the best grapes in the main regions of the Danube Valley, Upper Thracian Plain, and Struma River Valley. Near the cellars the offer of SPA Hotel is wide and in some of them it is possible to have a bath with wine extract to relax. Rose Valley is famous for its perfumes while the Rose Museum in Kazanlak is the only one of its kind in the world and is perfect for solo travelers who love flowers.

When I did the Free walking tour of the city of Sofia, the guide who accompanied us asked us if we knew why the Romans (and before them the Thracians) loved this city located at the foot of the mountains without the presence of rivers or the sea. The answer is not obvious enough (at least for me): Bulgaria has more than 600 thermal springs and we know well the passion that the Romans had for this thing. 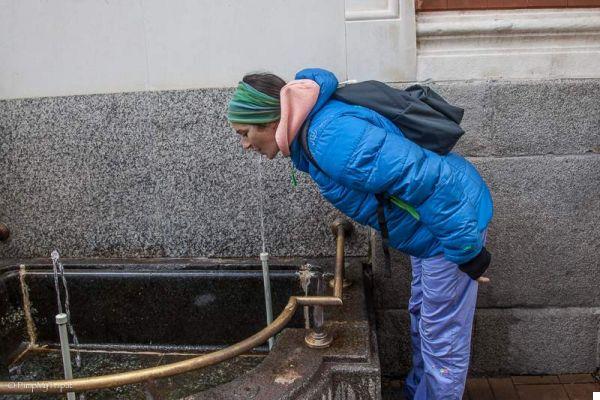 The thermal waters will be good for your health, but the taste is a bit .. meh

Some of them are famous all over the world for their healing properties: Bankya, Sandanski, Velingrad, Kostenets, Devin and Sapareva Banya for example. Women also flock to Pomorie for medical tourism and the famous mud that comes from one of its five lakes. Bath therapy is also popular inside hotels in Vellingrad, a town located in the Rhodope Mountains.

For those who love nature, Bulgaria is undoubtedly a really interesting country given the variety of animals and plants that can be found along its paths. Activities are diverse and for all tastes, from Ropotamo Conservation Park famous for its water lilies, bird watching to Kamchia Conservation Park or spotting wild cats and wolves in Silkosiya. Stroll around the lake of the Shiroka Polyana reserve or count the Seven Rila Lakes, one of the must-sees in the country. there are more than 6000 caves and unusual sites, such as the stone mushrooms in Melnik (the smallest town in Bulgaria) with a lion's head, but if you don't have a lot of time, you can't miss the Belogradchik Rocks in the region of the same name.

The Rhodope Mountains, in addition to being enchanting, are an unmissable stop for those who love trekking, as well as an excellent opportunity to visit small rural villages, which have remained as they once were.

You may also be lucky enough to be invited to one of the folklore nights that Bulgaria is famous for. If you love handicrafts you can pay a visit to the Etara near Gabrovo or visit the Sopot artisans complex for its sculptures and wood carvings. 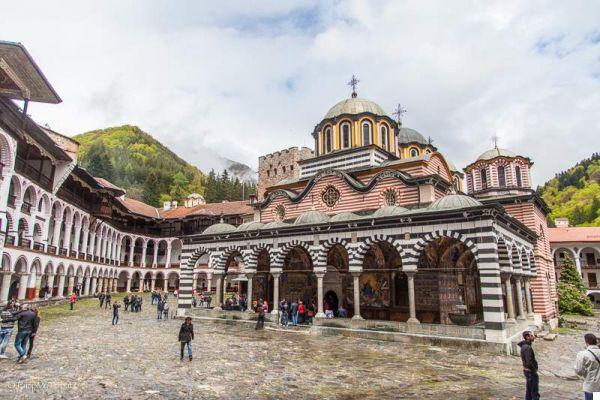 The Rila Monastery, absolutely not to be missed!

How to get to Sofia

Each hotel or hostel can arrange a transfer from the airport to the city by private shuttle.
Alternatively the taxi should cost around € 8 for the 15 minutes, but they are known to charge a little more. Getting from the airport to the city on foot is practically impossible or in any case it would be really deadly boring, better to get on bus 84 which for about 1 euro takes you directly to the center of Sofia. 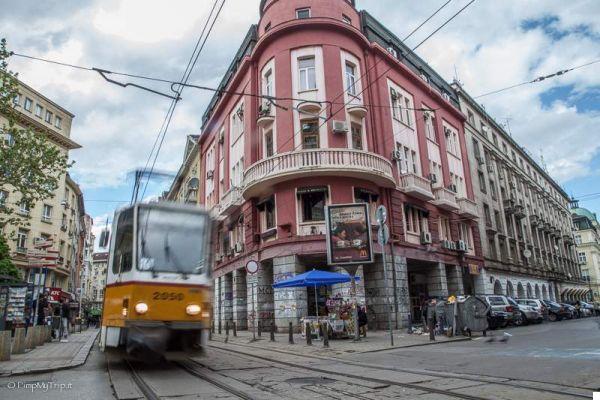 From Romania - It takes 2 hours from Ruse and you can take a private car for 85 Lev or a bus.
From Turkey - Buses between Sofia and Istanbul take 10 hours, but there is also a night train if you want. Buses are cheaper and also go to Burgas and Varna.
From Macedonia - Buses operate between Sofia and Skopje in Macedonia three times a day and take around 5 hours.
From Serbia - There is one train per day and one per night and they take about 10 hours, the bus is a faster option.
From Greece - Sofia can be reached from Thessaloniki by train in about 6 hours. There is also a bus service.

Is Bulgaria, honestly, dangerous for a woman traveling alone? 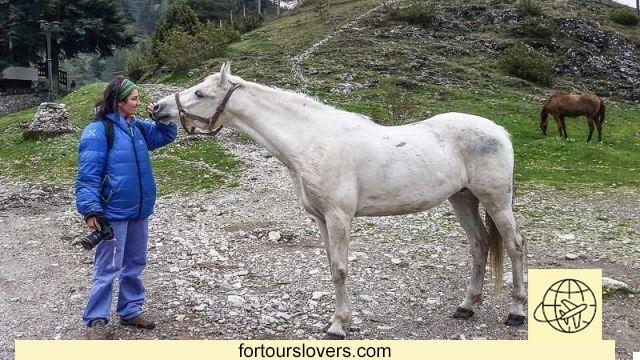 When traveling alone it is impossible not to make new friends!

We come to the fateful question that is most often asked to a woman who travels alone: is Bulgaria dangerous? And the answer could only be the usual fateful answer: no, but it depends above all on you.

Moving on public transport or around the city is not dangerous, but there are many pickpockets and it is therefore necessary to pay a little attention, if only not to spend the rest of the holiday at the embassy to have a copy of our documents to return to home, or having to call friends and relatives begging for a couple of coins while the smart guy is enjoying our savings in some restaurant or drinking them like a sponge.

Especially at night if you walk around the city it is better to avoid some areas of Sofia and the underpasses: in some areas it is easy to come across some guy who has drunk a lot and who could be boringly annoying.

It happened to me during the Pub crawl organized by the hostel to run into some of these characters, but it was enough to turn their teeth a little to reverse.

For the rest, when I travel alone I feel I have two best friends: common sense and my instincts. To help these two very strong allies are mine MEET THE TEAM when I travel to Europe and thetravel insurance (there are many to choose from, this time I took out a policy before leaving with Columbus).

And have you ever traveled alone to Bulgaria? If yes, tell me your experience in the comments!

This post was written in collaboration with Safe Travel.

How to do it yourself travel in Rajasthan ❯

add a comment of How to travel alone in Bulgaria