Traditions, archaeological sites and luxuriant nature: the Guatemala it is undoubtedly a country full of surprises and is one of the places that I carry most in my heart.

Mine honeymoon in Guatemala, Mexico and Belize I think it was the most beautiful of all my life.

But if I liked Mexico and Belize, Guatemala has carved out a special place for itself: from the jungle to the lakes, from the volcanoes to the beach, Guatemala is one of the most interesting destinations in Central America, although perhaps less popular than its neighboring countries. 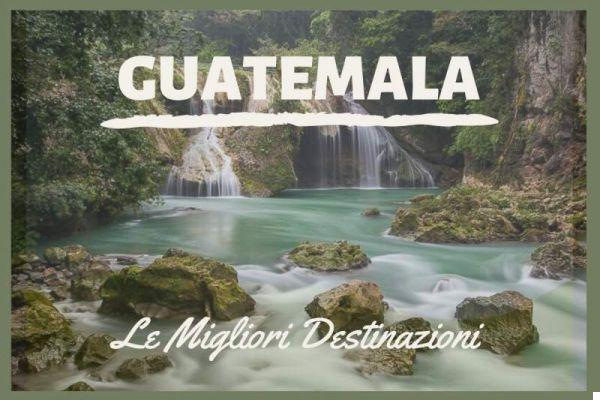 Despite the difficulties that are sometimes encountered in getting around the country (and you must also pay attention to where you decide to go), Guatemala is still the ideal destination for discover the Mayan traditions, know the Spanish colonial past of the country, trekking in the jungle and volcanoes, explore the caves and launch along the numerous zip lines.

Here then what to see in Guatemala: whether you are 15 days or 20, these are the things you absolutely cannot miss (and that I have included in mine 15 days itinerary)!

Yes, I want my tailor-made itinerary! 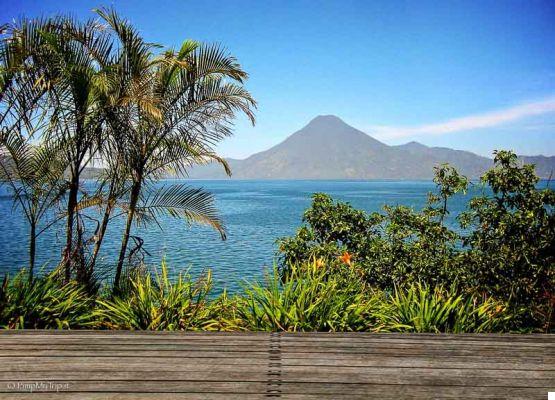 Located in the south of the country, the Lago Atitlan it is one of those places where you would stop much longer than the two days recommended by the guides.

I was lucky enough to be able to spend more than 2 days there and I assure you that even now I think I have not devoted enough time to it.


It is considered by many to be the most beautiful lake in Latin America, with its shining waters, the three volcanoes and the twelve villages that rise all around its banks.

Lake Atitlan rises 1500 meters above sea level and enjoys constant temperatures throughout the year and, despite being one of the most popular tourist destinations in the country, still manages to maintain its identity.

The shores of Lake Atitlan are the ideal destination for relaxing in the shade of the trees, for exploring the villages (easily accessible by boat and tuk tuk), for study Spanish or go kayaking, scuba diving and volcano excursions. 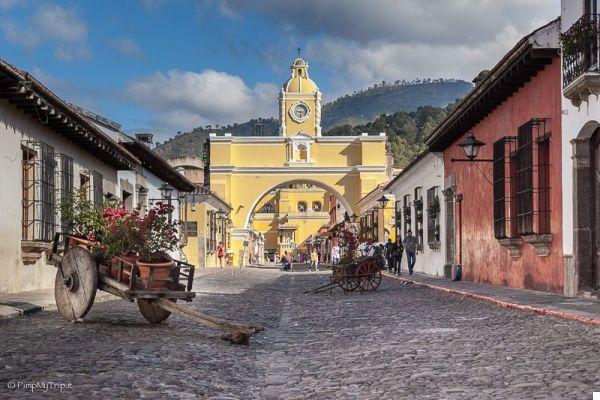 Ancient capital of Guatemala, Antigua is undoubtedly a city with great charm.

Despite suffering severe damage during the earthquake of 1773, Antigua has been able to be reborn in style: with its colonial-era buildings, churches and stone streets, it is now considered the most beautiful city in Guatemala.

Antigua is lively and colorful and manages to attract many travelers every year.

Surrounded by hills and volcanoes, it looks like a quiet, safe place and animated by people from all over the world.
In the center you can also find various agencies that organize various types of activities, from trekking to cycling or horseback riding.

Antigua is therefore one of the main places to visit during your vacation in Guatemala. 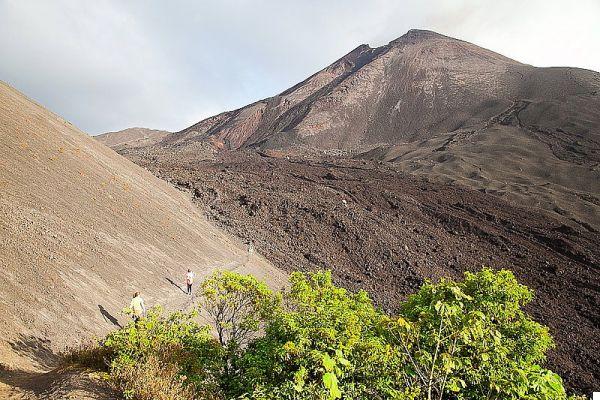 One of the most popular tours starting from Antigua is theexcursion to the Pacaya Volcano.
The volcano is still active and during the trek it can happen to walk among the rivers of incandescent lava.


You can find several organized tours, both group and private, to explore the area in complete safety.

The actual trekking is rather simple and short, as it lasts about half a day.

The path initially winds inside the forest, and then makes room, as you proceed, for a gray landscape made mainly of lava rock, in which the smoke of the volcano is lost in the clouds.

In short, a quite unique experience of its kind that is definitely worth trying. 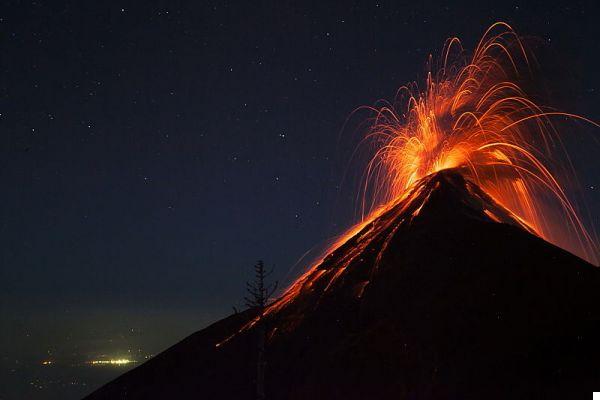 Il Vulcano Acatenango it is one of the three volcanoes that surround Antigua, along with Fuego and Pacaya.

Also in this case it is possible to find several organized tours, but I recommend that you inform yourself well before choosing which one to rely on.

It is also possible to decide to spend the night in a tent on the top of the active volcano, undoubtedly aunique experience like I did (a grind, but I have memories in my heart indelible)

The hike is quite strenuous and, if you decide to sleep on the volcano, it lasts two days.

Beautiful views of the valleys below and the Fuego volcano, which true to its name constantly emits fountains of lapilli, ash and smoke.

Since agencies often sell out for these tours, I recommend you book it in advance. 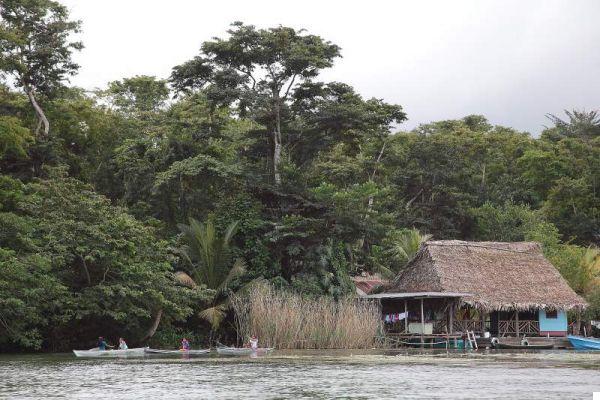 Dusty and chaotic, Rio Dulce certainly does not impress with its beauty or its size, since it is nothing more than a road divided by a bridge over the river.


Its strong point, however, are the different structures overlooking the river, perfect for spending time directly in contact with nature.

What attracts tourists to this village is mainly the possibility to do some sightseeing river excursions and travel to the town of Livingston or sail to the sea, towards the Caribbean Sea.

To get to Livingston it takes about an hour of navigation, and the village immediately looks like a fishing village.

Boys who play and sing in the streets in exchange for a small donation, the docks with moored fishing boats and the places that offer typical cuisine, Livingston knows how to be a tourist village but, at the same time, also very authentic.

From Livingston it is also possible to hike to the Finca Paraiso, which is a hot water waterfall in which to swim, or to Siete Altares, which is a series of waterfalls and natural pools connected to each other.

Alternatively, you can relax in nearby Playa Blanca or visit the Castillo de San Felipe. 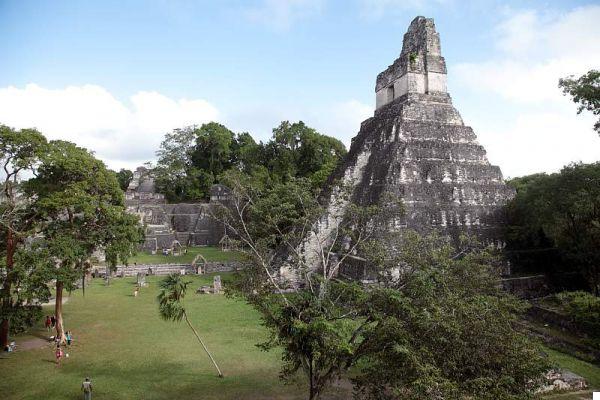 The park is located near Flores, a charming village that rises on the shores of Lake Peten, in a region occupied for the most part by the tropical forest.

The Archaeological Park of Tikal, which is the most famous Mayan site in Guatemala, is located within the Mayan Biosphere Reserve, declared a UNESCO World Heritage Site in 1979.

The ancient Mayan settlement of Tikal is surrounded by a dense forest, from which the remains of majestic buildings emerge that suggest the ancient importance of what was once a religious, commercial and cultural center.

Despite being an archaeological center widely recognized for its importance and beauty, to this day Tikal still remains off the classic tourist routes, allowing you to visit the site without running into hordes of tourists. 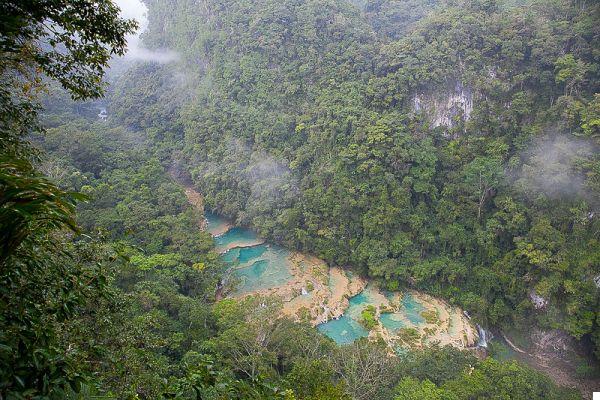 Semuc Champey it is probably one of the most interesting and particular places in the whole area.

The peculiarity of this place are the natural freshwater pools connected by small waterfalls and surrounded by a dense tropical forest.

Their formation is due to rainwater that has deposited on this sort of limestone bridge, digging pools in which it then accumulated forming incredible natural pools.

Although Semuc Champey can also be visited in a day with a fast-paced excursion, it might actually be worth stopping a few more days to fully experience this more rural area of ​​Guatemala. 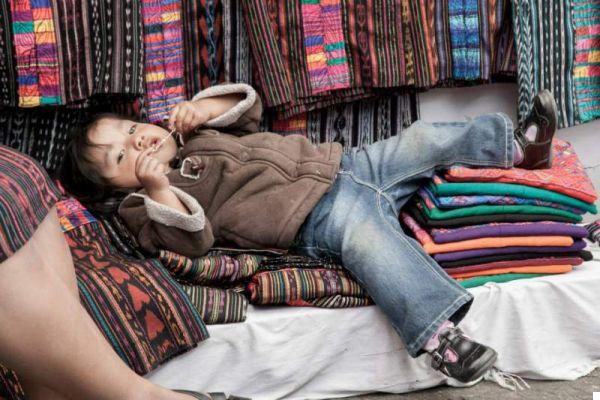 Famous for its market, Chichicastenango it is actually much more than just a place to shop.

Chichicastenango is a sacred city that rises two thousand meters high, the meeting point of the Maya K'iche 'of the region and one of the ideal places to explore the native traditions.

In the city you can stroll through the cobbled streets, visit the Iglesia de Santo Tomas and climb the Pascual Abaj hill.

Twice a week, on Thursdays and Sundays, the famous “Chichi” market is held.

A real one explosion of life, of colors and scents, including vegetables, fabrics, ceramics, wooden masks and various souvenirs.

9 - Sunrise on the Lake from Indian's Nose 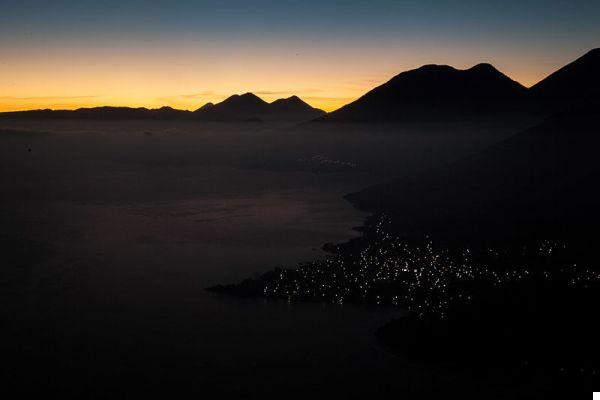 THEexcursion on Indian's Nose to see the sunrise on Lake Atitlan and on the San Pedro Volcano it inevitably foresees a tiring wake up in the middle of the night, but it is undoubtedly an unmissable experience during a trip to Guatemala.

THEIndian’s Nose it is nothing more than a peak sacred to the Maya, who in past times used to reach the top to pray and perform religious rites, and which from its 2863 meters high dominates the valley of Lake Atitlan.

The hike to the summit is not too difficult and can also be organized directly from San Pedro La Laguna in one of the many agencies located in the center.

At dawn on the summit the cold can be really bitter, but the panorama and the dawn lights on the lake and the volcano completely repay the effort.

Located in the Cuchumatanes mountains, the Ixil's triangle it is made up of three Mayan communities: Nebaj, Chajul and Cotzal. The area is called the Ixil triangle because the three communities form a triangle geographically and the spoken Mayan dialect is Ixil.

this area, one of the least traveled by tourism, is perfect for those looking for an experience more in contact with the indigenous communities of the place. the scenarios are also breathtaking and the area is often in the "radar" of trekking lovers. 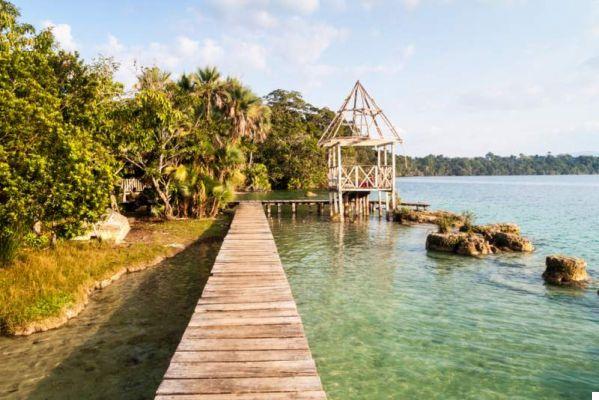 The Laguna de Lachuá is located in the Lachuá Lake National Park (LLNP), in the tropical rainforest of the municipality of Cobán, almost on the border with Mexico and remained out of the tourist circuits for many years due to internal social conflicts, has kept intact its charm of an uncontaminated place.

The name of the Lagoon in the local language Q'eqchi means something like "stinking water" - due to the sulfur deposits. Hearing this, you may not believe that the Lagoon is one of the most magnificent places in Guatemala due to its natural beauty.

Instead, with the views over towering mountains and through a few miles of dense rainforest that is home to snakes (large and small), tapirs, toucans and a vibrant kaleidoscope of butterflies, La Laguna de Lachuá is a truly idyllic place.

It is a wonderful place to go and relax - you can swim, sunbathe, camp a night and enjoy the sounds of wild nature.

So, if you want to escape from the noisy and crowded cities and want to give yourself a few days totally away from the tourist circuits, Laguna de Lachuá is the place to go!

You liked this post on what to see in Guatemala? If you have any suggestions let me write it down in the comments so other travelers can read it! 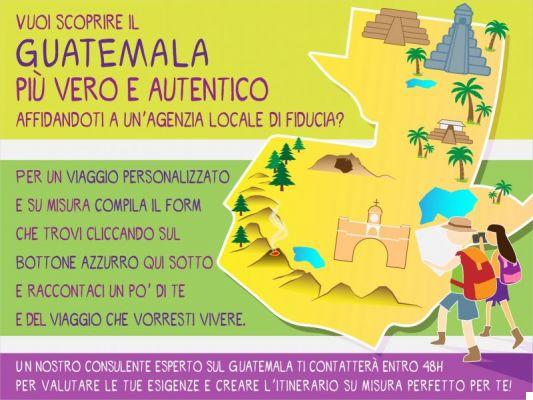 Yes, I want my tailor-made itinerary!
The 15 Best Things to See in Orvieto ❯

When to go to Guatemala, Best Month, Weather, Climate, Time