When to go to Azerbaijan, Best Month, Weather, Climate, Time

When to go to Azerbaijan, Best time to visit

Azerbaijan lies between land and sea, to the west it borders Georgia and Armenia while to the east it is bathed by the Caspian Sea, to the north it touches the southern tip of Russia and to the south Iran.
The territory of Azerbaijanis occupied by mountains and plains, the highest peaks being in the north of the country, just on the southern slopes of the Caucasus mountain range. The plains are dominated by steppes and desert areas, given the arid climate and cold winters, while the mountainous regions are dominated by ancient forests, crisscrossed by streams, waterfalls and lakes.

Azerbaijan's history has witnessed the succession of many peoples. You will rediscover its past among the cave engravings of the Gobustan Reserve dating back 40,000 years, among the remains of fortresses, castles, historic buildings, temples of worship of the Caucasian-Albanian era. In the capital, Baku, you can still breathe the Soviet imprint in the old buildings of the historic center of the old city, which became a UNESCO World Heritage Site in 2000. 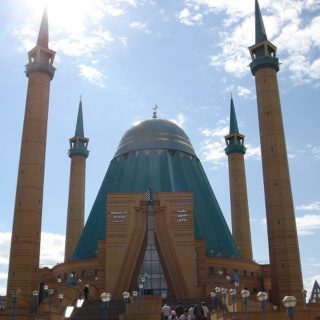 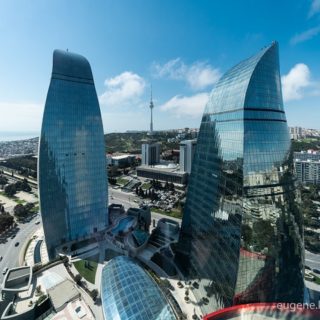 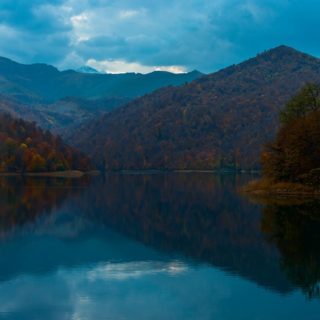 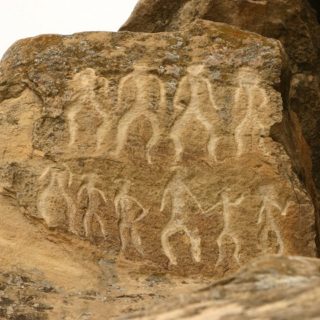 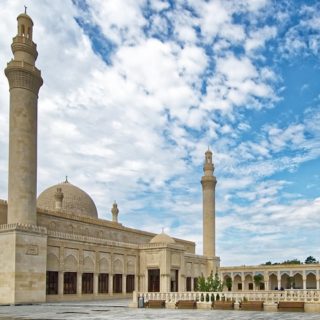 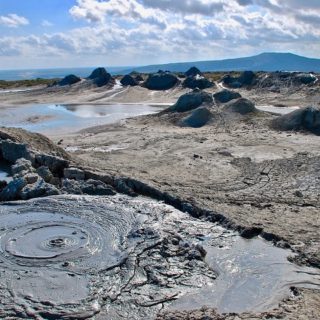 
has changed its face and continues to change, given the economic boom that lives thanks to the economy based on oil extraction. Next to the old city, many modern buildings with glass facades have emerged, reflecting the liveliness of the capital in all its splendor. Among the things not to be missed in Baku is undoubtedly the Carpet Museum, a rich collection of the art of weaving the most famous carpets in the world, characterized by bright colors and unique ornamental motifs.


But let's see now when to go to Azerbaijan?

Let's know the weather information to choose the best time to enjoy the country in all its beauty. 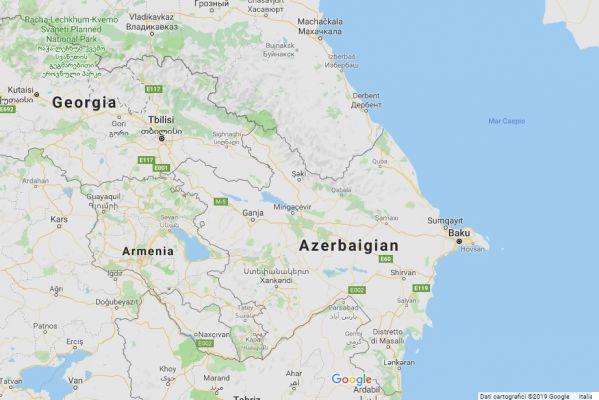 Azerbaijan's climate is continental with cold, though not excessive, winters and very hot summers.

Winter temperatures can drop below freezing in the capital, Baku, during January and February. Russia's icy currents barely reach Azerbaijan, thanks to the Caucasus mountain range just to the north, which protects the entire country. On the east coast, northerly winds are mitigated by the waters of the Caspian Sea.

In the mountainous regions, temperatures are much lower than in the lowlands and rainfall is more abundant. During the summer the heat becomes torrid

, cities and plains heat up, temperatures reach 40 ° C in the innermost parts of the country, while on the coast breezes mitigate the heat with temperatures still reaching 30 ° C.

Precipitation does not fall abundantly in Azerbaijan

, it is snowy during the coldest months and in the form of rain the rest of the months, concentrated mainly during the autumn and winter months while it is almost completely scarce during the torrid summer months.

The water of the Caspian Sea has ideal temperatures for swimming from July to September, with temperatures around 25 ° C.

The best time to travel to Azerbaijan is during the spring months.

May to mid-June are characterized by low rainfall and mild temperatures; the autumn months of September to mid-October are also good, although you may encounter somewhat more rain.

For more details on precipitation and average temperatures see the following data.

add a comment of When to go to Azerbaijan, Best Month, Weather, Climate, Time