When to go to Guyana and Suriname, Best Month, Weather, Climate, Time

When to go to Guyana and Suriname, Best time to visit

There is still a small unexplored corner of South America that we must introduce to you and it is composed of Guyana and Suriname. By Guyana we actually mean the English and French, separated from Suriname. They are located in the north of Brazil and border to the west with Venezuela, finally facing the Atlantic Ocean.

Three countries characterized by the same culture until their independence. Subjected to European colonization, today they speak three different languages: English in Guyana, Dutch in Suriname and French in French Guiana. The territory is mainly covered with rainforests, pristine habitats, mineral resources of bauxite, gold and diamonds. It is difficult to get to Guyana and Suriname for a beach vacation: the beaches have nothing to do with the nearby Caribbean islands and the sea water is often murky and brown. An excellent reason to visit these countries is, in any case, one of the most beautiful and unspoiled natural environments in the world. 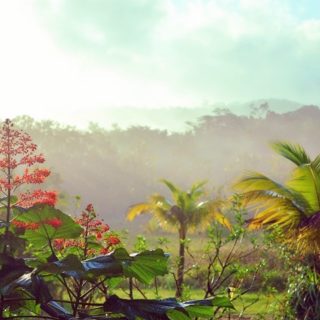 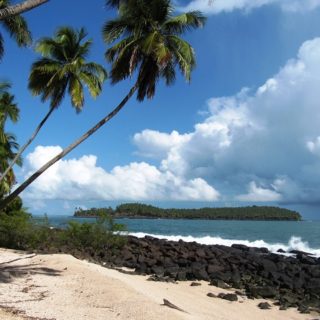 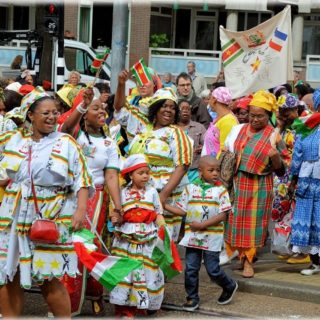 A tour of English Guiana

includes a visit to the capital Georgetown, a mix of modern palaces and wooden colonial houses, and a trip inland, among the still untouched nature where you can admire the majestic Kaieteur waterfalls of the Potaro River, run to discover colonial villages and Dutch forts, wild animals such as jaguars, monkeys, parrots and toucans, a leap into the heart of the most unspoiled nature of South America!


reserves a territory rich in history, reminiscent of the dark years of slavery, plantation cultivation and the inhumane treatment to which the slaves were subjected. Today the plantations have decimated even if the villages are still populated. Also in Suriname, the forests are lush and rich in water sources; streams, waterfalls and ponds make these places particularly magical. To enter the forests and villages, local guides will be able to guide you and provide unforgettable views, otherwise difficult to reach.


is not far behind. With its nature reserves and the Amazon Park on the border with Brazil, the nature tour will allow you to explore the multitude of biodiversity, a vast and unique heritage in the world. Numerous islands off the coast, including the archipelago of the Salvation Islands, sadly known for having been a harsh French penal colony. Today they are tourist destinations frequented only by Americans by sea.

But let's see now: when to go to Guyana and Suriname

? The climatic information will clear any doubt. 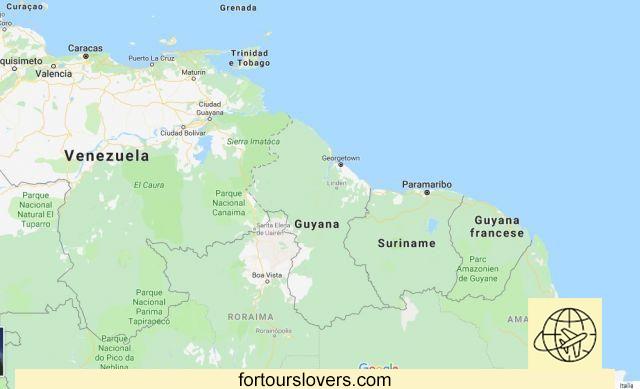 The climate of this northern part of South America is tropical. We go from the humid tropical climate of French Guiana up to Suriname, to the tropical climate of English Guiana. Temperatures are very similar in all three countries, are constant throughout the year with no seasonal variations, and report high average values compared to our standards. Minimum temperatures, in fact, are between 22 and 24 ° C while maximum temperatures reach 27-32 ° C. In conclusion, it is hot all year round

. A humid heat caused by the abundant rains that characterize Guyana and Suriname.


Rainfall is distributed in two periods of the year and is more abundant in French Guiana where rainfall is reduced only for a few months. There is a long rainy season starting in late November and lasting until early August, with a peak between May and June and, in English Guiana and Suriname, a brief dry period of a few weeks between February and March. During the wet season it rains an average of 20 days per month, with 30 to 50 cm of water falling in the wettest months. Since August, the rainfall on the Guyana and Suriname coasts has reduced drastically

and the dry season begins, with about one week and little more than 5 cm of rain per month. This is the ideal time to visit Guyana and Suriname.

Moisture in the air is abundant and present even during the sunniest months, which favors the lush growth of its ubiquitous nature. Guyana and Suriname are not affected by the passage of tropical hurricanes, but by abundant rains that sometimes flood the cities.

The best time to go to Guyana is February / March or September / October, while for Suriname and French Guiana September and October are preferable

: these are the ideal months to avoid torrential rains.

Try to be careful when visiting the cities, they are often affected by petty crime.

add a comment of When to go to Guyana and Suriname, Best Month, Weather, Climate, Time