When to go to Korea, Best Month, Weather, Climate, Time

When to go to Korea, Best Time

Korea is a peninsula in East Asia bordered to the north by China and to a small extent byRussia,to the west by the Yellow Sea, to the south by the China Sea and to the east by the Sea of Japan. The country is divided into two republics, commonly calledNorth and South Korea. Tourist travel to Korea is mainly concerned with visiting South Korea. Only in recent years has a timid interest in North Korea begun, difficult to explore and high risk given the very strict laws of the central political regime, which in the eyes of Westerners may seem extremely absurd and therefore easily violated. In this regard, we invite you to read the post indicated in the "suggestions" at the bottom of the page.

Then we focus on the trip to South Korea, the best known. The itinerary begins with the landing of a Seoul, after a long flight of about 12 hours, and we leave for the visit of the city with its modern neighborhoods and buildings, in continuous expansion and in stark contrast to the palaces and temples of the Buddhist tradition. 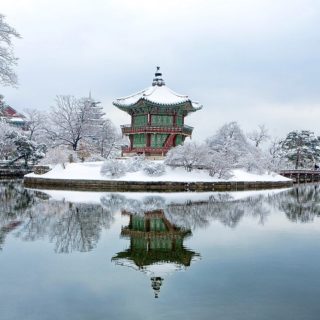 Korea, Gyeongbok Palace in the snow 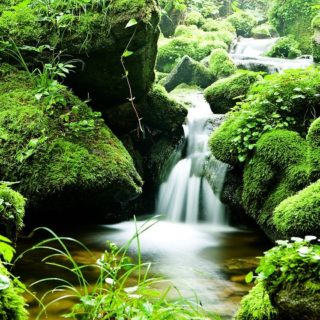 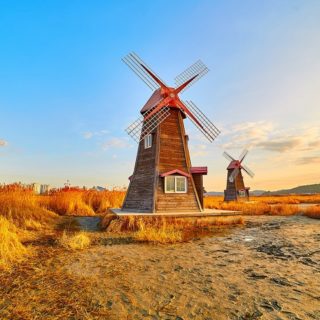 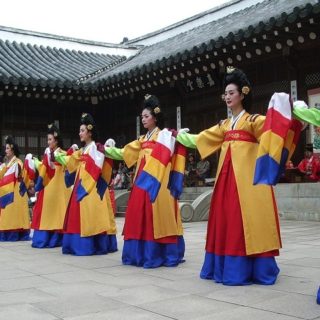 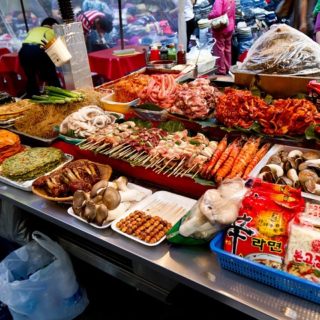 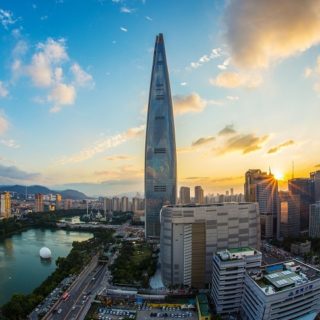 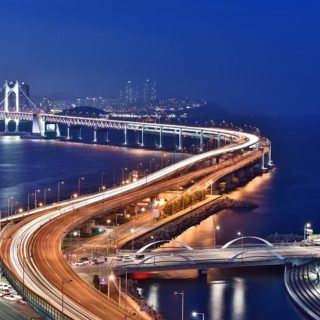 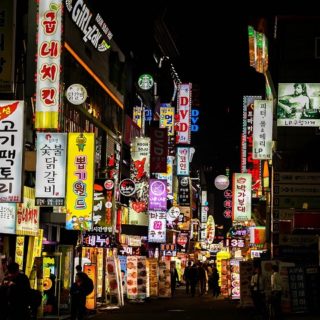 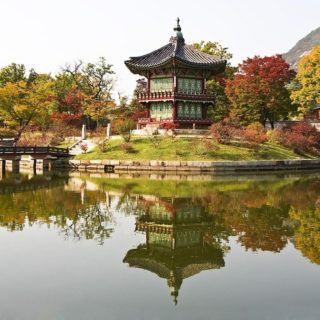 
, discovering temples, shrines, markets, ancient villages and fishing villages on the coast, in search of one of the oldest cultural traditions in the world. Along the way you will pass through lush lands where in spring the cherry blossoms show off their fragrant foliage, and in autumn the willows and birches are tinged with red and yellow. Many of the destinations along the route refer to sites that have become UNESCO World Heritage Sites due to their extreme beauty and historical importance.

, is a kind of fermented cabbage seasoned with a spicy and very tasty sauce.


But when to go to Korea? Below you will find information on the climate. 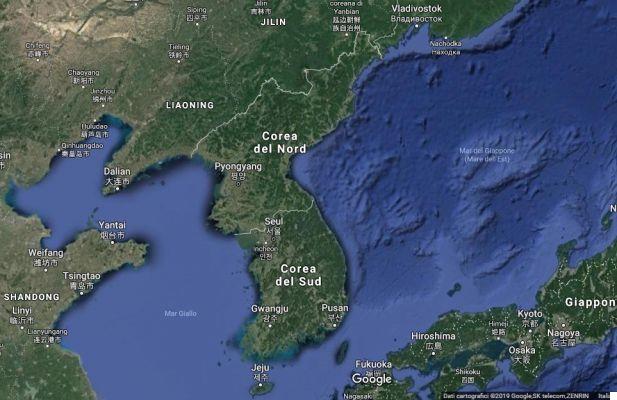 Korea's climate is very reminiscent ofJapan's subtropical climate. The summer is hot and humid, subject to the influences of the monsoons that bring abundant and continuous rains during the months of July and August

, sometimes even in the form of typhoons with strong winds from the south. During the winter, however, the climate becomes continental, dry and with cold temperatures very often below zero even during the day.

In North Korea, winter temperatures are much colder and often reach -15 / -20°C in January and February; during the same period, during the day, temperatures above zero are hard to touch. Temperatures in South Korea become less rigid

, however, remaining below freezing (-8°C) between December and February, with a minimum peak in January. At the same time, rainfall is most abundant during the summer in regions of South Korea where average values of around 40 cm and 16 days of rainfall can occur in July alone, the wettest month. During the summer the humidity rate increases a lot and the sultry heat becomes unbearable, temperatures, almost everywhere, both in the south and in the north, often touch and exceed 30 ° C. Finally, in the mountainous regions, summers are cool and winters are much more rigid, with snowfall in the higher elevations.

The best time to travel to Korea is during spring or autumn.

The best time to travel to Korea is during spring or autumn, particularly between April and May, and between September and October, when rainfall is more contained than in summer and temperatures are much more pleasant than the winter frosts.

Tips: Before planning a trip to North Korea, we recommend you to read this interesting post.

add a comment of When to go to Korea, Best Month, Weather, Climate, Time