When to go to Senegal, Best Month, Weather, Climate, Time

When to go to Senegal, Best Time

In Senegal you will find a great variety of natural beauties: from the central savannah to the tropical forests of the south, from the desert of the north to the amber beaches of the coast. All seasoned with a good dose of Unesco World Heritage Sites. We are referring to theGorée Island near Dakar, the Djoudj National Bird Park on the banks of the Senegal River, to the. Niokolo-Koba National Park, on the island of Saint-Louis, in the stone circles of Senegambia (more than a thousand funerary monuments near the Gambia River), in theSaloum River Delta with its meandering loops and finally the country of the Bassari where live the ancient ethnic groups of Bassari, Fula and Bedik who still preserve intact the primitive cultural traditions. 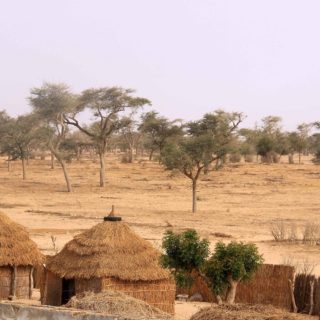 In addition, during a trip to Senegal you can not miss at least one day in the modern capital Dakar and a colorful shopping Sandaga Market, a stop at Lake Retba pink, an expanse of water with almost fuchsia shades (here are the most significant photos). Museums, historical monuments and mosques will illustrate the Islamic culture of most Senegalese and the sad past of the slaves who were torn from their land and deported to America.

Senegal's tropical climate is characterized by very high temperatures and well-defined seasons. The heat reaches extreme values especially in the south with temperatures often reaching 40 ° C in the months of late February, March, April and May. To the north, in the coastal area, temperatures drop and hover around 30 ° C in the warmer months. In the northern inland areas, on the other hand, they reach maximum values around 40°C during spring and rise to around 36°C during autumn.


Rainfall significantly characterizes Senegal's climatic seasons. In the south, rainfall is more abundant and falls over a longer period, beginning in June and continuing through October. Showers occur in considerable amounts, around 25-30 cm and 18 to 20 rainy days per month, between July and August. To the north, the rainy season is shortened, beginning in July and ending in September, with a peak generally between August and September with an average of about 15 cm of rain per month. Temperatures in the northern coastal areas are more contained and do not have large variations during the year, hovering around 30-32 ° C the maximum and 17-20 ° C the minimum. Entering the areas far from the sea, temperatures rise especially in the period from February to May with peaks of 40 ° C and rainfall increases in intensity.

In the capital, Dakar, rainfall is concentrated between July and September, with about 11 days and 18 cm of rain in August alone. Temperatures rise in particular between September and November reaching around 31-32 ° C.

The sea water is warm most of the year. In the drier months between February and April it cools down reaching 22-23 ° C in the central area, while it drops further north (about 2-3 ° C) and rises a few degrees south. During the other months the temperature rises to around 29 ° C, especially between August and October.

The best time to travel to Senegal is from November to February, when there is no rainfall but temperatures in the south are lower than in the following months of March, April, May. October and June are also good if your vacation is limited to the coastal area in and around Dakar.

For more details on rainfall and average temperatures consult the following data.

Guide and Tips for Traveling in Senegal Do It Yourself

Gorée Island: Visit of the Slave Island in 1 Day from Dakar

add a comment of When to go to Senegal, Best Month, Weather, Climate, Time