Canada is a wonderful country, full of natural parks and breathtaking landscapes but also known for its large and fascinating metropolises. It is a huge area, in fact we are talking about the second largest country in the world, and it is therefore impossible to visit it all in a single vacation of a few days.

In this article we see in particular how to organize a trip to Eastern Canada, a perfect destination for exploring some of the best parks and major cities and an ideal vacation for couples or families with children.

We will see in detail all the tips and information to better enjoy your holiday: how to apply for a visa, how to get to Eastern Canada, how to get around the country, when to go, how many days are needed, what to do and much more! 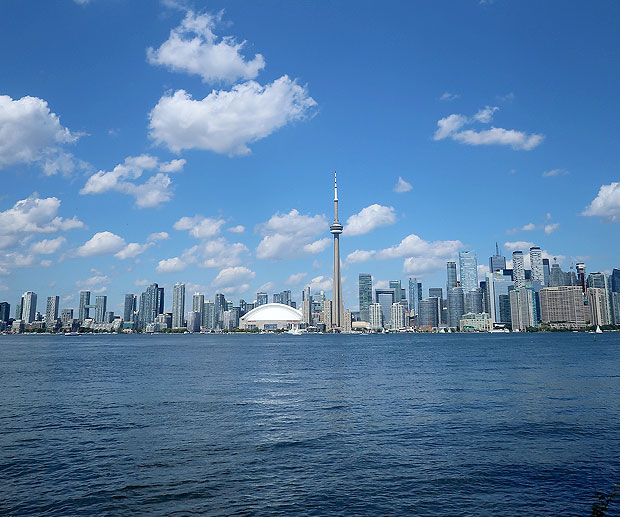 While Western Canada is certainly best known for its natural attractions and unique landscapes, the eastern side is the perfect mix between nature and city, with the unmissable Toronto, Ottawa e Montreal just to name a few. In addition, among the great points of interest in Eastern Canada there are the famous and unmissable ones Niagara Falls.

To enter Canada, a passport is required with a minimum validity of 6 months from the date of entry.

For all visa-exempt foreigners it is mandatory apply for an ETA in case of entry by air. You can apply for ETA authorization online on the official website of the Canadian government, at a cost of 7 Canadian dollars (about € 5).

The form is completed in minutes (one person at a time) and Eta approval is generally obtained by email within 72 hours.

It is not necessary to print the ETA, just show your passport at check-in, but it is important to check that the passport number is the same as the one on the confirmation email.

How to Reach Eastern Canada

There are basically two options for getting to Eastern Canada:

Keep in mind that there are 9 international airports in Eastern Canada, so you have several alternatives if you are looking for a flight from Spain. The best connected cities, even with direct flights, are Toronto e Montreal, convenient as a starting point for exploring this part of the country. We flew directly to Montreal with the excellent Air Canada, a company that particularly surprised me positively, brand new planes and very kind and well-trained on-board staff, they even speak 3 languages: English, French and Italian.

Council: you can also choose a volo open jaw, arriving in Montreal and back from Toronto (or vice versa) can be a very convenient and economical solution. If you rent a car, however, calculate that if the drop off point is different from the pick up point, the costs are much higher.

Alternatively, you can purchase a flight to some of the major cities on the east coast of the United States, such as New York, and then travel to Eastern Canada. Generally the classic itinerary foresees the arrival in Niagara Falls United States side, where you can visit the wonderful waterfalls and then cross the border.


When to Go to Eastern Canada

Generally the best time for visit Eastern Canada it is during the summer months, when the climate is more stable, the temperatures are pleasant and the days are mostly sunny. In addition, the summer is excellent for visiting the natural parks and for spotting a large number of animals, such as whales. It is also a good time to visit the cities, both for the climate and for the events they organize. Obviously there is to consider the large influx of tourists during the summer.

Autumn, on the other hand, offers incredible landscapes with the famous foliage and natural parks surrounded by unique colors, but in this period the temperatures decrease and the hours of light are shortened. 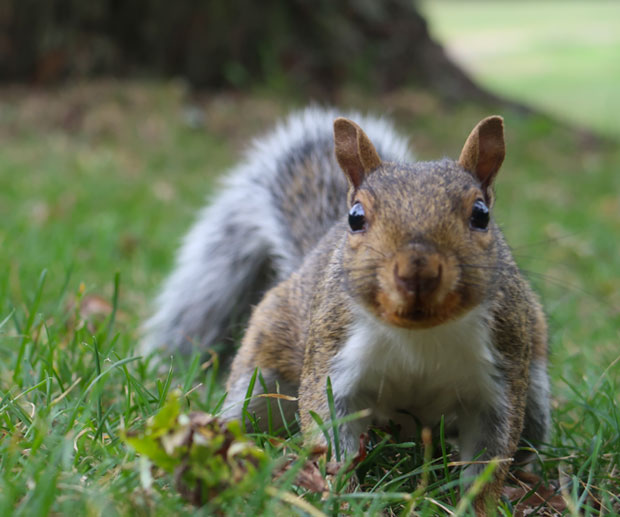 How Many Days to Stay in Eastern Canada

Eastern Canada occupies an immense part of the country, but from a tourist point of view we can identify 2 main provinces: Ontario e Quebec.

Let's say that two weeks is the minimum time to visit some of the main attractions of the 2 areas.

You could also include a few days in the United States but with 15 days left you have to sacrifice some things in Canada.

Travel is perhaps the most important topic of this guide.

Let's start by saying that as far as big cities are concerned, the car can only get in the way, as parking lots, especially in the central areas of the main cities, are expensive. In addition, you can move easily by public transport or even on foot.

Rent a car: it is certainly the best solution to move independently, to travel long distances and to visit the natural parks and the most remote areas not served by public transport; obviously it is also the most expensive solution.

Remember that to rent a car in Canada you must show the credit card as guarantee, in the driver's name (debit or prepaid cards are not accepted).

As I have already mentioned, also consider that if the point where you leave the car (drop off) is different from the point of collection then you have to pay a fairly expensive surcharge.

Bus: buses are the cheapest and most comfortable option for moving between cities. By bus, however, it is difficult to reach the natural parks, but if you want to save money or if you don't have a credit card, you have no choice.

Canada's leading company is G and it is the one that we have always used too. The prices are the best and the service is decent, although there can sometimes be delays.

We have always booked on the site BusBud, we were very happy and we noticed that the prices were lower than at the station ticket offices.

Train: a valid and comfortable alternative to buses are trains, even if more expensive than the latter. The main routes are managed by VIA Rail and you can buy tickets on the official website.

air: if you have little time available and you have to travel long routes it can be a really comfortable choice to take the plane, even if rather expensive. For short trips it is always better to rely on the bus or train.

Where to Stay in Eastern Canada

There are several possibilities where to sleep in Eastern Canada: hotels, motels, apartments, chalets in nature, etc. Obviously you will have to choose according to your budget and your needs. The important thing is to also evaluate the areas and neighborhoods of the main cities.

In the blog you will find some tips for choosing the best areas:

What to do in Eastern Canada 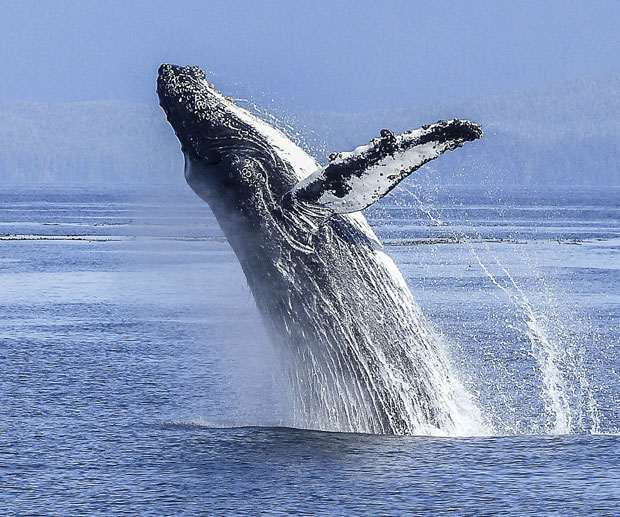 Eastern Canada offers many attractions, from large metropolises to its natural parks, to the beautiful Niagara Falls.

Understanding what to visit is essential to be able to outline a rough itinerary and better organize the trip to Eastern Canada, we see below some of the main points of interest.

City: among the cities not to be missed there are Quebec City, Kingston, Montreal, Ottawa e Toronto. We had the opportunity to visit the last three and I must say that among all of them I was particularly surprised by Ottawa, small and with the attractions all concentrated in the center, making it easy to visit in a single day. I also really enjoyed Toronto to which we dedicated three full days as there are so many Things to do. Montreal is nice but maybe that's the one I liked least.

As for parks and excursions, you are spoiled for choice:

Canada is certainly a fairly expensive country. Costs for housing, food and travel are generally high, about the same as in Europe. Accommodation rates vary by city, property type and location. Larger cities are more expensive, especially if you choose a centrally located hotel; calculate an average of about € 100/120 for a double. Toronto is especially very expensive, while I found Ottawa cheaper.

Food can cost about the same as in Spain, you can save money by eating in sandwich shops or fast food restaurants or by cooking yourself, if you have an apartment with a kitchen. Also calculate that in restaurants you will always have to add taxes (about 10%) and tips (15-18%).

The currency in Canada is the Canadian dollar (CAD). It is possible to exchange dollars in Canada but it would cost more than the exchange. Alternatively, you can withdraw directly from ATMs, as we did, in my opinion the best choice.

The commissions for the withdrawal are approximately 2/3 CAD (1,30 / 2,00 €) to which you must add any cost applied by your bank. In any case always remember to withdraw by requesting the debit in the local currency, so you will have the best exchange rate.

Also calculate that in Canada, as in the United States, credit cards or prepaid cards are widely used to pay, especially in restaurants, shops or supermarkets.

Keep in mind that buying a local Sim Card in Canada is not very convenient. The major telephone companies are: Bell, Rogers and Telus, but it is preferable to choose lesser known companies that offer more advantageous rates, such as Fido.

An often more advantageous alternative is to purchase foreign plans from your own operator. In reality, we have chosen to rely completely on wi-fi, which is widespread almost everywhere: hotels, restaurants, buses and public spaces. 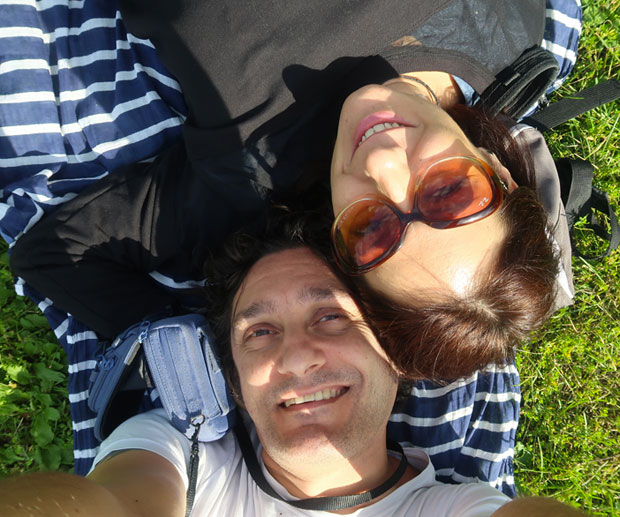 Eastern Canada is quite safe, so just take the classic security measures like in any country. However, a very important thing is to take out health insurance, because medical care can be very expensive.

Relying on good travel insurance will protect you in the event of illness, injury or theft.

In this guide I wanted to share with you the main tips and information for organizing a holiday in Eastern Canada. If you need other suggestions, comment on the article! Have a good trip and enjoy these wonderful places! 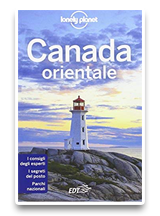 Start with the Best Guide to Visit Eastern Canada

Tips for Organizing a Trip to Sri Lanka ❯

Where to Stay in Toronto

Where to Stay in Montreal

What to Do in Toronto: The Must-See Attractions

Where to Stay in Ottawa