Sofia is a very nice city, a destination still little known to mass tourism, but which in recent years has been enjoying some success thanks also to the frequent low cost flights that connect Spain to the Bulgarian capital.

In this guide we go to the discovery of the city and how to visit it. We will see all the tips and information for enjoying a peaceful holiday in Sofia: how to reach it, how to get around the city, where to sleep, what to do, how to change money, when to go, safety and much more. 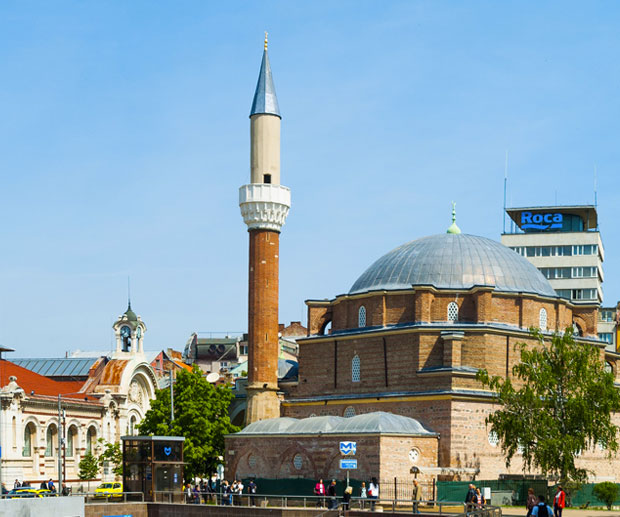 How to get to Sofia

The most practical and economical way to reach Sofia from Spain is by plane. There are several companies operating on this route, including low cost ones Ryan Air e Wizz Air and some flag carriers such as Bulgaria Air, offering direct flights at competitive prices.

From the Airport to Sofia Center

Sofia Airport is only 10 km from the city center. The Terminal 1 is dedicated to low cost flights while the Terminal 2 is where the flag carriers operate.

Let's see how to get to the center of Sofia from the airport.

Subway: the best way to get to the center from the airport is by metro. The station is next to Terminal 2, as soon as you exit to the left.

The ticket costs 1,60 Lev (about € 0,80) you can buy it at the automatic cash machines or at the counter. In about 25 minutes (12 stops) you reach the metro station Serdika, practically in the center.

Bus: there is an alternative to the metro bus N ° 84 which leaves from both terminal 1 and 2 and costs 1,60 Lev, like the metro ticket. The bus arrives at the stop st. General Yosef Gurko, walking distance from downtown, about 1 km from Vitosha Boulevard.

However, keep in mind that moving by bus you have to deal with city traffic, so the travel time varies according to the timetables.

For more information see the official website of sofia airport.

Taxi: finally there is the taxi option which remain a very economical solution for getting around Sofia, especially if you are traveling with more people. The advice is to avoid illegal taxis and always take official ones. It is best to contact the company directly OK-Supertrans, you can book it online or go to the counter you find at the airport.

Hotel shuttle: you can also ask your hotel if they offer a shuttle service from the airport.

Currency in Sofia: Exchange or ATM

Despite having entered Europe, Bulgaria kept its currency, the Bulgarian LEV (BGN). The options to pay with the local currency are mainly 2:

Withdraw at ATMs: it is the best solution if your bank does not charge fees or if it offers favorable conditions. Exchange rates are excellent and there are ATMs almost everywhere, which accept cards from the main circuits.

You can also withdraw money directly at the airport ATM, as we did.

By withdrawing the local currency at the ATMs you will not be forced to leave with a lot of cash.

Shift: alternatively, it is possible to exchange euros in the various offices located in the city, especially in the central area of ​​Vitosha Boulevard. Avoid changing at the airport which is usually inconvenient. In case you only change the minimum necessary to go downtown.

Most businesses also accept credit card payments, in any case inquire before buying.

Sofia is a truly inexpensive destination; starting from the flight, as we have said, there are offers at very affordable prices.

Even the stay is generally cheap, hotels cost very little and there are excellent solutions in the center at advantageous figures, even less than € 50 per night for a double.

The restaurants are also cheap, obviously it depends on the genre, but if you choose a tavern with typical Bulgarian cuisine you can spend less than 10 € per person.

Museums don't cost much, churches are free but you have to pay to take pictures or videos where allowed.

In general it seemed to me that the cost of living in Sofia is almost half that of Spain.

Sofia is a safe and clean city. We have never felt in danger even walking around in the evening, it must be said that we mostly frequented central areas and we did not go too far outlying areas.


In any case, as in all big cities, pay attention to any pickpockets on public transport.

Where to sleep in Sofia

The best area to sleep in Sofia is the center, staying in the central area you can get around the city on foot without having to take public transport or taxis.

The center, however, is quite extensive, the area I usually recommend is that of Vitosha Boulevard, but to better understand which are the various districts of Sofia I suggest you read the article: where to stay in Sofia.

We stayed at the Niky Hotel, a structure that I can recommend, is in an excellent position and is practically in the center.

How to get around Sofia

The best way to visit Sofia is on foot, in fact the main attractions of the city are all close to each other and in the central area.

In any case, public transport is very efficient, so you could possibly also use it for longer journeys or if you have tight deadlines.

The metro works great, it's modern and clean. There are two lines that allow you to reach every area of ​​the city. As I said it is the best way to get to the center from the airport.

Buses and trams also serve different areas of the city and are a good alternative to the metro. 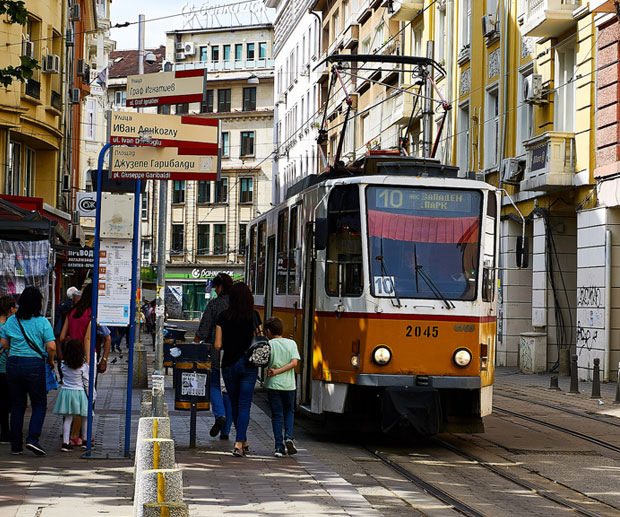 However, keep in mind that taxis in Sofia are very cheap and comfortable. However, always take the official ones, do not bargain on the price and make sure that the driver always turns on the taximeter. Remember that the official ones are yellow, they have a sticker on the glass with the rate and the name of the company on the side.

When to go to Sofia

The best time to go to Sofia and visit the city and its main attractions is from May to the end of September. During the summer months it can get quite hot with maximum temperatures around 28 ° C. In general, however, in this period the climate is pleasant with often sunny days. It must be said that during the summer months and with the influx of tourists the costs can be higher, but Sofia is still a low cost destination.

In winter it is very cold, it even reaches -10 ° C and it is not the best time to get around the city.

Trip to Sofia: How Many Days

In 2 full days you can see the most famous attractions of the city. However, if you manage to carve out a few more days you can also visit the surroundings of the city and take some trips out of town, for example to the monastery of Rila, Koprivshitsa or Plovdiv.

What to do in Sofia 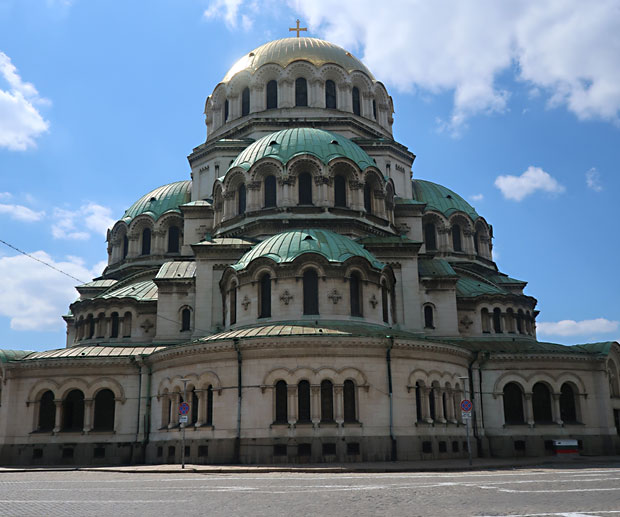 As I have said several times, the main sights of Sofia are all located in an area of ​​moderate size and can be easily visited on foot.

The pride of the city is certainly the wonderful Alexander Nevsky Cathedral, the main attraction, an impressive work not to be missed.

There are also many other splendid churches, some smaller and less known where you will most likely happen by chance. Unmissable stops are there Mosque and Synagogue.

Below is a list of things to see in Sofia in 2/3 days:

As you can see, there are many things to do in Sofia. If you don't know which one to choose and you want to participate in guided tours in the city and to the main places of interest around Sofia, I recommend you book one of the many activities available on Get Your Guide.

Sofia is a city that few consider as a destination for a few days' escape. In reality, the Bulgarian capital lends itself perfectly to a weekend to discover the city and its attractions. If you are looking for an alternative to the more famous Prague and Budapest, considering also the low costs, Sofia is definitely a destination that I can recommend. 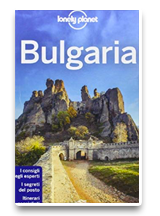 Traveling to Bulgaria? Start with the Best Guide!

Tips, practical information, itineraries, ideas and maps to plan a trip to Bulgaria
Don't leave without a guide!

Tips for Organizing a Trip to Eastern Canada ❯

Where to sleep in Sofia: best areas and hotels where to stay

Where to Stay in Sofia

add a comment of Tips for Organizing a Trip to Sofia