Ulcinj and Velika Plaza beach, for an affordable beach holiday in Montenegro

Ulcinj è the southernmost coastal city of Montenegro, almost on the border with Albania and is an important tourist destination for cheap holidays by the sea. About 80% of Ulcinj's population are ethnic Albanians. Together with the city of Tuzi, it is one of the two main inhabited centers of Albanians in Montenegro.

Among the things to see a old castle overlooking the sea e Stari grad (the old town) which is definitely worth a visit. Much of the historic center was destroyed in a major earthquake in 1979, but wealthy investors recently bought the properties and restored them.

Now there are only a handful of destroyed buildings left in the old city as they arose many restaurants, hotels, and even a museum. When you arrive in the historic center on foot, along the walls facing the sea, you can look through all the small holes in the wall that overlook the Adriatic.

The southern part of Croatia, along the Adriatic coast, such as Montenegro is not highly regarded by the tourist press and by most Western tourists, but for those looking for beautiful beaches and a cheap holiday it is certainly a great choice.

The most popular seaside area in Montenegro is actually a city called Budva, with a wide hotel offer, but the most beautiful sandy beaches are those further south, almost on the border with Albania, exactly in the Ulcinj area.

Search for hotels or accommodation in Budva


The most beautiful and famous beach is that of Great Plaza, a 14 km long sandy beach located south of the city of Ulcinj. There are also a number of equipped, but also cheap beaches, which are a pleasant alternative to the crowded city beaches.

This area is especially popular with Serbs, Russians and peoples of Eastern Europe. In addition to eating, the various services are also quite cheap, and the hotels and apartments on the beach they are very affordable.

Search for a hotel or accommodation in Ulcinj

Search for a flight Look for a ferry 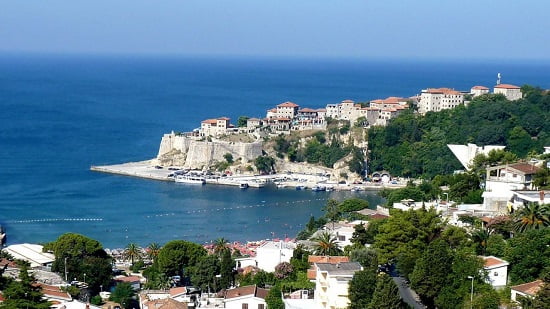 Ulcinj -
Umbria: where to sleep to visit the most beautiful cities and places in the region ❯

What to see in Montenegro: attractions not to be missed

add a comment of Ulcinj and Velika Plaza beach, for an affordable beach holiday in Montenegro