These things to see and not in Ecuador were some stages of my journey so the impressions they are entirely personal and they also do not cover absolutely everything that this varied country has to offer.

On the other hand they have all been places that I have personally visited and of which I write with sincerity.

What to see in Ecuador: The Basilica of the National Vow of Quito

Definitely a couple of days in this city I recommend dedicating them to him. The colonial style center (Unesco World Heritage Site) is really nice, full of churches and monuments among which the most prominent San Francisco square and the Church which represent its fulcrum. The extraordinary and neo-Gothic Basilica of the National Vow it is a must and also the view of the city that can be enjoyed from its tower. Another view of the city and the volcanoes and mountains around Quito that deserves is the one enjoyed by taking the Ropeway which leads almost to the top of the volcano Pichincha. 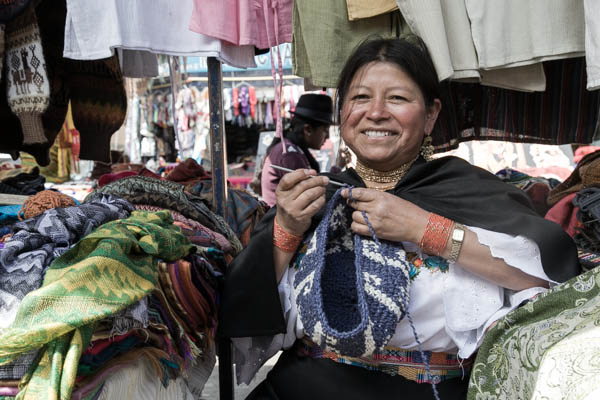 The biggest craft market all of South America is definitely worth a day's visit. At the market you can find everything: rugs, sweaters, blankets and other fabrics in splendid alpaca wool, as well as animals and food. The most important day is Saturday when the stalls occupy three different squares, but also on other days you can make excellent purchases even if the market is held in reduced form.

One of the biggest disappointments I've ever had while traveling. There is nothing romantic about it anymore small train from Alausì along the stretch of railway along the infamous Devil's Nose. Having become in effect a tourist attraction, it can be defined as a real one commercial trap since they force tourists to stay an hour in a station where, apart from a very small museum, there is absolutely nothing but two bars and the classic fake show made ad hoc to grab money. Don't believe the story of the traveling on the roof (they haven't done it since 2009!) in this article I'll tell you what you will really find there. 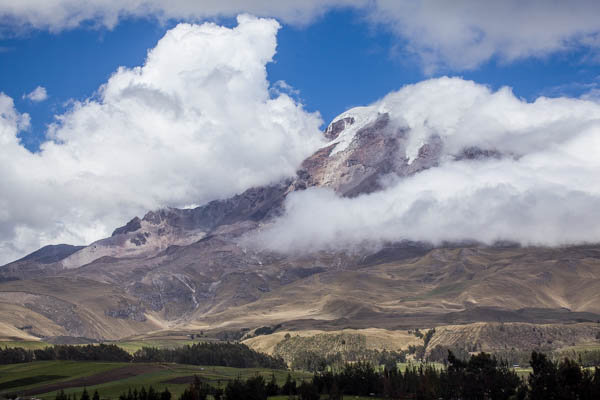 Riobamba in itself it is not a beautiful city to visit, but it offers suggestive views of the Chimborazo which with its 6310 meters dominates the whole region. Several scenic roads leave from Riobamba and on Saturdays there is a fun and cheerful livestock market.

The solar  Cuenca it is truly a wedding favor, one of the must-see things in Ecuador. The square is very beautiful Abdon Calderon Square framed by colonial buildings and the majestic church, symbol of Cuenca, from which you have a beautiful 360 ° view of the city. I also loved the Central Bank Museum, on the southeastern edge of the colonial center, on the current site of the excavations of Tomebamba. The ruins can be seen at the Pumapungo Archaeological Park, which is part of the museum complex.


A very interesting ethnographic exhibition is also held in the museum. Impressive Tsantsa or shrunken heads, cult of Jivaros populations of the Ecuadorian Amazon. 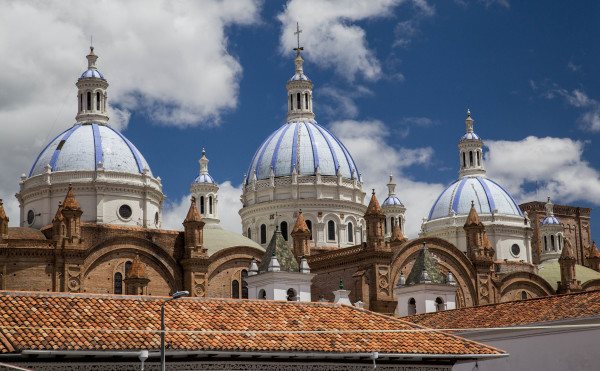 The domes of the Cathedral of Cuenca

Ideal for relaxing a couple of days, Baños is an important spa center in the country. The (public) open-air night spas with the cascade of hot water that descends directly from the volcano are beautiful Tungurahua which in addition to being majestic is also one of the most active volcanoes in the world. From Baños you can make beautiful cycling tours to the Amazon rainforest. 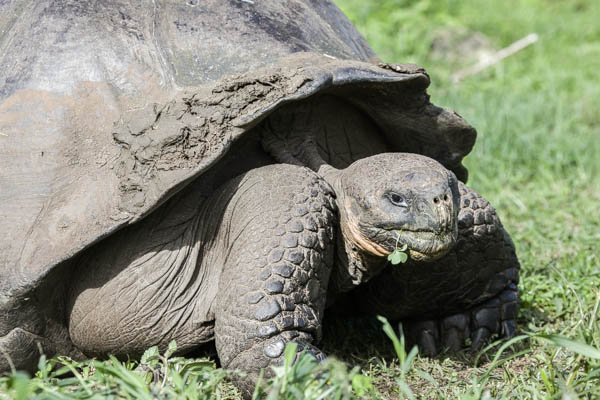 Giant tortoise on the island of Santa Cruz, in the Galapagos archipelago

I don't think there is a need for introductions for the Darwin Islands. I had an amazing week swimming with sharks, sea lions, turtles and billions of colorful fish. If you want to read more, you may be interested in: How to organize a trip to the Galapagos e My hot emotions article written immediately as soon as she got home. 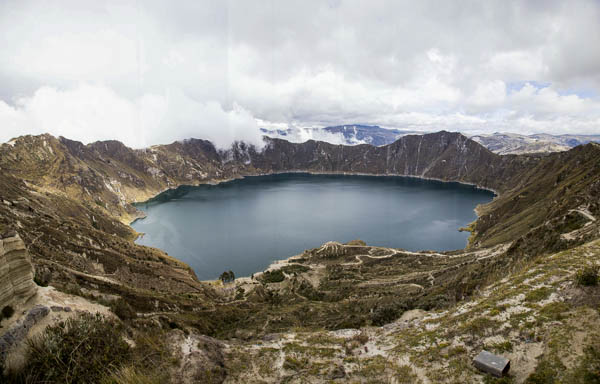 Absolutely to visit, the Quilotoa lagoon really takes your breath away. The lagoon, a blue-green glass of water was formed inside a caldera of 3 km in diameter that collapsed following a violent eruption about 800 years ago. To get there you need to cross the Andean country of Zumbahua very quaint in which they make a beautiful livestock market. Not to be missed

Main city as a population and main financial center of the country it is a city of little tourist interest: Guayaquil in fact it has no monuments of the colonial period worthy of note due to a fire in 1896 in which its artistic heritage was totally lost. Unless you choose to get to Guayaquil like main gate and then fly to the Galapagos or unless you have plenty of time available for your trip, I don't recommend visiting it.

Have you been to Ecuador and would you like to suggest other things to see? Write me in the comments, thanks!

What to See and Do in Barcelona For the First Time ❯