When to go to Moscow: the best time to visit the city

The best time to visit Moscow

Moscow has a humid continental climate, with cold and long winters and mild, short summers. Surely the best period to visit the city is during the summer, from mid-May to the end of August, when the days are long, beautiful, warm and sunny. During the summer the average temperature ranges from 10 to 30 ° c.

With the arrival of autumn the temperatures begin to drop, the days get shorter, the rains arrive, and from late October to early November also the snow, which becomes practically the only form of precipitation until spring. It is perhaps the best time for those looking for a low cost holiday in Moscow.

Winter is very cold and the sun appears in a few days. On many days it can snow and temperatures rarely exceed 0 ° C. It can be an interesting time to visit Moscow, both for those who like snow and for enjoying the beautiful winter atmosphere of the city, which has unique characteristics.

During the spring the days get longer, the temperatures begin to rise, but waves of frost and snow can still happen. The second part of spring is preferred, from mid-April to the end of May, when housing prices are cheap and if you are lucky, several beautiful days can happen.

What are the clothing to pack for a trip to Moscow? Before leaving for the Russian capital it is necessary evaluate the weather forecast and the climate of the period.

In winter (from mid-November to the end of March) you need warm and layered clothing, because while outside it can be very cold, down to -40 ° C, in the rooms there are between 20 and 25 ° C.

In summer (from mid-May to late August) temperatures are almost the same as in summer, with maximum temperatures ranging from 20 to 26 ° C, with peaks above 30 ° C during heat waves. In this period during the day you need a typically summer clothing, while for the evening you could need a light jacket, especially on cooler evenings.

During the spring andautunno it is the most uncertain period of what to pack, because both early or late heatwaves, and late or early frostwaves can occur.

In this period the best advice is to wade weather forecast, on average a trip to Moscow lasts from 3 to 5 days, and now the weather forecasts of up to 5 days are quite reliable, especially for a city like Moscow that enjoys a continental climate.


The climate of Moscow

For information, we present the average climatic data for each month of the year, so you have a general idea of ​​the probable time you can find. 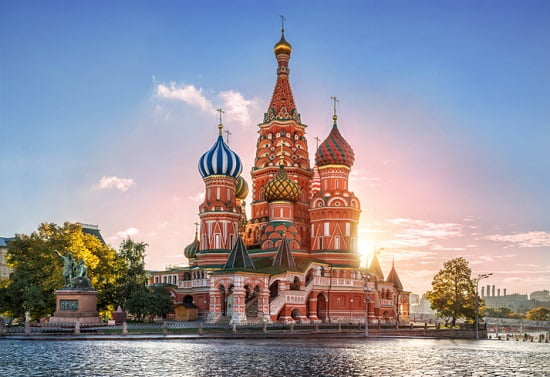 Sunny morning at St Basil's Cathedral on Red Square - Photo from Istock
When to go to Morocco: climate and best time to travel and vacations ❯

Where to sleep in Moscow: the best areas to stay in the Russian capital

11 things to do and see in St. Petersburg and 2 not to do

Where to sleep in St. Petersburg: best areas and neighborhoods to stay

Visit Oslo, What to Do and Where to Sleep

add a comment of When to go to Moscow: the best time to visit the city