Inside deep Transylvania, on top of a rocky peak, lies the ancient fortress of Bran Castle, also known as the Dracula castle because it was this very place that inspired the Irish writer Bram Stoker for his vampire novel. 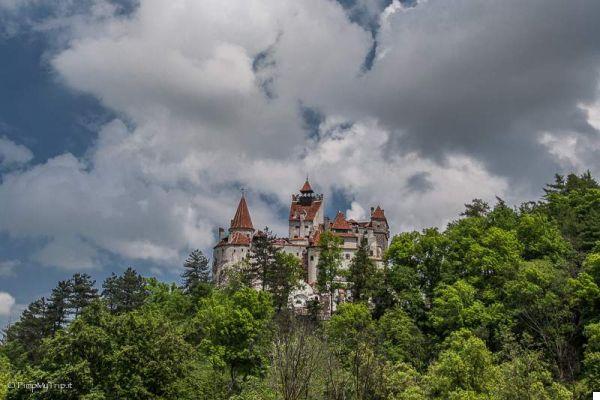 On our trip to Transilvania On The Road, Bran Castle was a must. Here's how we found out the true story of Count Dracula here.

To go back to the origins of the castle we must project ourselves in 1211 when the Teutonic knights erected a fort, along the border between Transylvania and Wallachia, which served as protection against any enemies who wanted to invade the territory. The castle, in fact, whose name in Turkish is “Gate”, stands on a steep peak, in an elevated position over the valley so that the view was open on all sides.

On the edge of a terrifying precipice. . . With a deep rift in which there is an abyss [with] silver threads, where rivers wind in deep gorges "

Actually the Irish writer never traveled to Romania, but the description of Count Dracula's castle was so similar to the real Bran Castle (and unlike any other castle in all of Transylvania) that more than likely Stoker, having had access to various texts in the library of the British Museum, he was inspired by this as the vampire's abode. 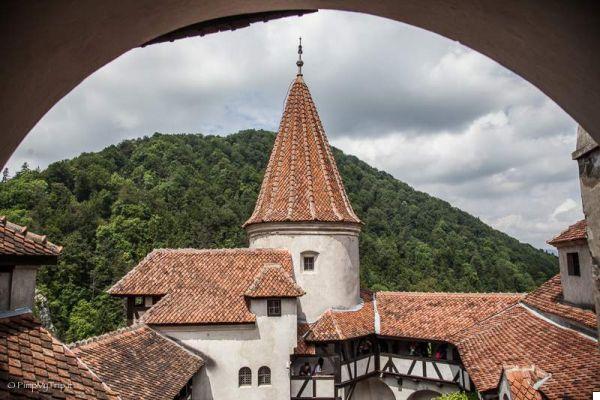 Although Bran Castle was not actually the castle where Vlad the Impaler lived, the figure that today is traced back to Dracula, there is still a connection: Bram Stoker used his fervid imagination, coupled with real historical facts. , to "draw" the character of the most famous vampire of all time.

In fact, vampirism was one of the popular beliefs in the Romanian countries of the time: there was the belief that there were creatures, evil spirits called strigoi, who while they led a normal life during the day, at night their souls detached themselves from their bodies and wandered around the villages, feeding on the blood of animals and tormenting people.

The reality is that Vlad the Impaler never lived in Bran Castle, but was locked up there for two months in 1462.
The real home of Vlad Tepes, aka Vlad the Impaler, is located at Poienari, in Wallachia, where little more than a ruin of its castle remains. 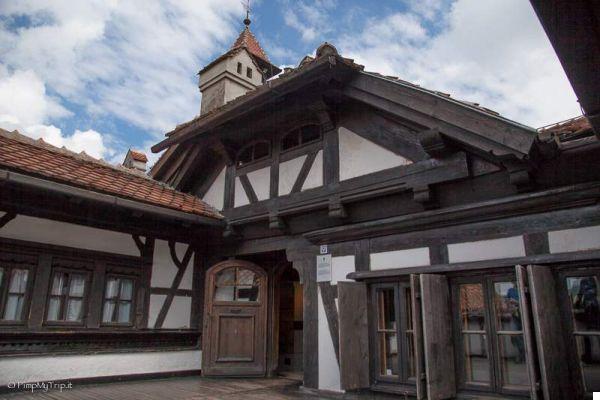 The terrace of the Castle, from which you can enjoy a wonderful view of the surrounding mountains and the valley

Arriving at the castle from the pass, one cannot fail to notice the similarity with the wild and uncanny place described by Bram Stoker.

Its elevated position above the valley made it a strategic point during the Kingdom of Hungary which had an important defensive bulwark here during the war against the Ottoman Empire. Bran Castle became the royal residence of the rulers of Romania only in 1920.

The facade of the castle reflects medieval canons: the interior of the castle is characterized by vaulted ceilings and arched doors, endless labyrinthine corridors, a secret passage and even the prison in which Vlad the Impaler was imprisoned. 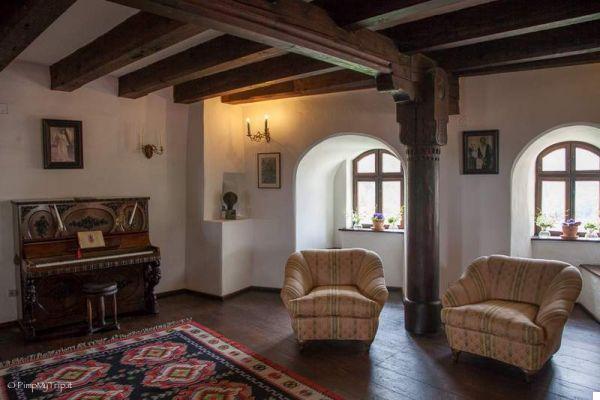 
Bran, today, is different from the fort founded in 1211: in the 1920th century a series of architectural changes were made and also later during the 1930s and XNUMXs when Bran Castle became the summer residence of Queen Marie of Romania. In fact, given in marriage to King Ferdinand, whom she could not bear, the queen tried to stay away from him by spending as much time as possible in Bran.
The furnishings chosen by Maria for the castle and the changes made to the exterior reflect the stormy queen's love for local traditions and for a mix of Italian and German Baroque: Maria gave the castle an unconventional flavor that is reflected in the furnishings such as in the informal kitchen with the ceramic and tile stove and the rustic furniture, typical of Transylvania, from the 19th century.

From the ticket office, a short climb leads up to the staircase which leads to the first floor of the Castle, the one that was once used for servants. The Bran Castle is in fact articulated on 3 floors plus the basement which is the floor that has most maintained a structure similar to the original one.

After having crossed the kitchens, the halls and the servants' rooms, all on the ground floor, through a secret passage we went up, making the slalom among the noisy school groups, to the Queen's apartments. Even if the furniture used for the interior decoration is period, it is not the originals that were plundered and sold illegally, but they perfectly convey the idea of ​​the standard of living that the royal family allowed themselves. 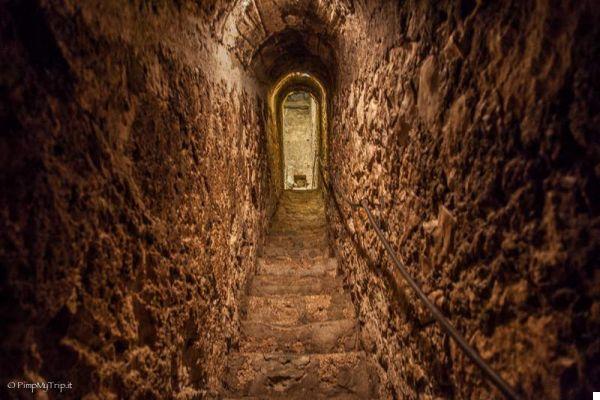 Both the King's and Queen's floors have a balcony overlooking the inner courtyard and the cylindrical Tower, inside which an exhibition has been set up with some explanatory panels: from the true story to Bran Stoker's heated imagination, the exhibition traces the legend of Count Dracula and vampires, through films, books and ancient popular beliefs.

Walking along the entire internal balcony, we went down to take some photos in the courtyard with the stone well, before ending our visit to the castle.

How to get to Bran Castle

From Brasov to Bran Castle it is less than 30 km that can be covered in less than an hour along road 73.

To get to Bran from Bucharest there are about 200 km that can be covered in a couple of hours, traffic permitting (which sometimes entering and exiting the capital can be really hellish).

Bran Castle is located on the road connecting Braşov to Câmpulung, surrounded by the imposing peaks of the monti Bucegi e Pietra Craiului, two of the most important elements in the Romanian mountain tourism panorama.

Opening hours and entrance ticket prices may vary, so it is best to rely on those published on the Bran Castle official website.

For 2016 we paid 35 lei each, just under 8 euros, but the price of tickets is reduced for children, the elderly and people with disabilities.

Inside the castle you can take pictures and the cost is included in the entrance ticket, unless you are a professional photographer, for which there is an extra fee to pay.

When we arrived, in spring and on weekdays, there was a crazy queue at the ticket office and Bran Castle was invaded by schoolchildren and shouting tourists, however ruining the mysterious charm that certainly characterizes it.