Serena and Marco are two friends and two frequent visitors to the Lucca Comics to which they participate with ever new enthusiasm every year. This story about the Lucca Comics & Games 2015 edition was written by Serena and all the photos are by Marco.

Lucca Comics & Games is an international festival dedicated to comics, animation, illustration and games that takes place in Lucca, in Tuscany at the turn of the feast of All Saints.
The target it is aimed at is mainly made up of children of school age, but in reality the majority of the public goes from twenty years upwards, typically of university extraction, but not only and it is not rare to meet whiteheads, even under the more accurate masks. 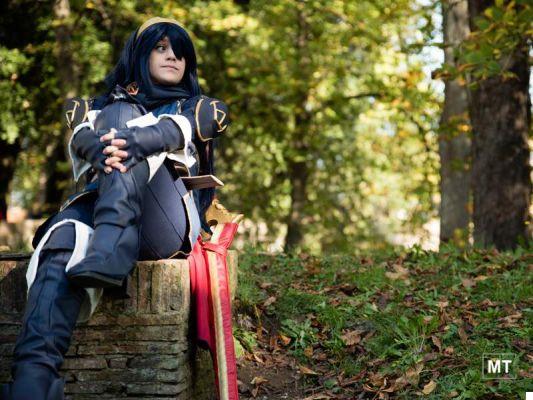 This event, which has come this year to its own 49esima edition, confirms its European leadership by registering respectable numbers: 220.000 tickets sold in four days of the fair, but with actual attendance estimated at around 400.000 people. Tickets, in fact, are used exclusively for entry into the areas of the fair, spread over an area of ​​about 30.000 m² within the city, but to immerse yourself in the fantastic and unique atmosphere that permeates the streets and squares of the city for four days. historical center of Lucca, it is enough to be present. 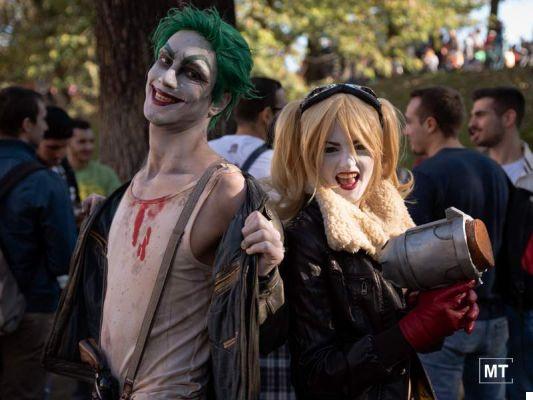 Joker and Harley Quinn, enemies of Batman, at Lucca Comics

Especially for the Cosplayer: already it is not easy to wander through the crowded streets wearing costumes whose accessories are often quite bulky, plus everything gets complicated if you think of the overflowing pavilions of people in search of the unmissable object of desires. The advice, for those who have the possibility, is therefore to stay two or three nights in the city or in the surrounding area in order to explore the stands on weekdays, which as you can imagine are less crowded, thus enjoying the various attractions. in all tranquility and then give life to the much loved character on holidays.

Yes, because Cosplayers are not only people who "dress up in masks", but they are real masquerade artists: some even take a whole year to perfect the costume to make it as faithful as possible to the chosen character, strictly in theme with the event. 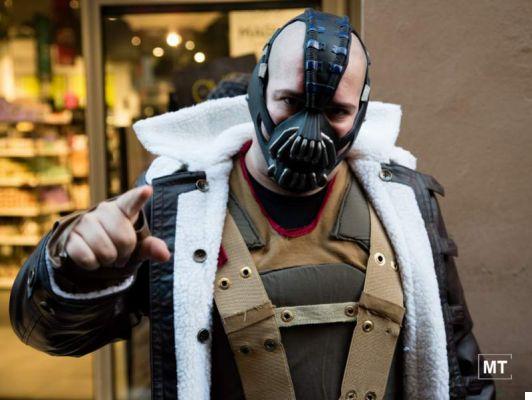 Another useful tip for living the Lucca Comics at best: comfortable shoes and "onion" dressing. With such a large area on which the stands are distributed, in fact, it is inevitable to walk for kilometers moving from one side of the city to the other. Personally, pedometer in hand, I covered about 25km in two days. Furthermore, if the days are nice, the temperature can range from a minimum of 9 °, in the early morning and evening hours, to a maximum of 22 ° between noon and early afternoon. The various layers therefore saved me at least from a bad cold.

The main area of ​​the fair is the Comics dedicated to comics and animation, within which it is possible to find almost all of the most important national and international publishing houses, represented by numerous exhibitors and retailers housed in the many stands scattered within the historic city walls.

Comic stand in the Comics area

Here you can buy and have your favorite comics signed on the spot by the authors present, who often enrich them with drawings made by their own hand. There is also a space dedicated to young emerging authors. 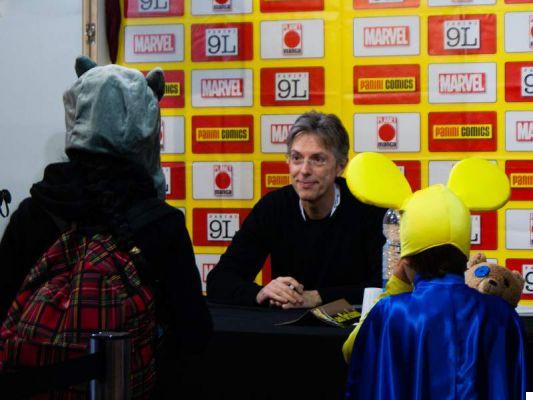 The area GAMES, dedicated to board games, role-playing games, videogames and everything related to playful, fantastic and science fiction culture, offers not only game retailers and specialized shops, but also authors, associations and independent realities, artists and artisans. Inside it is also possible to try and buy in preview the new videogames to be released, or unpublished by rising authors. 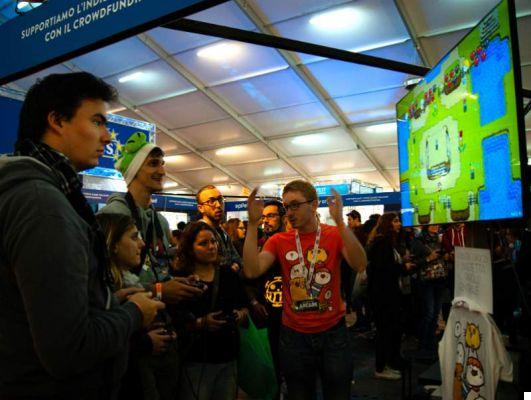 In addition, every year at Lucca Comics numerous events are organized such as tournaments, awards, competitions and seminars. Some examples: Best unreleased game, a springboard for independent and amateur authors; Trofeo Grog, which rewards the best miniature makers; Ruolympics, aimed at role players "without borders"; Lucca Games Educational, training meetings held by the guests of the event.

All are strictly limited, so it is better to book early if you want to participate, as the requests are always very numerous. 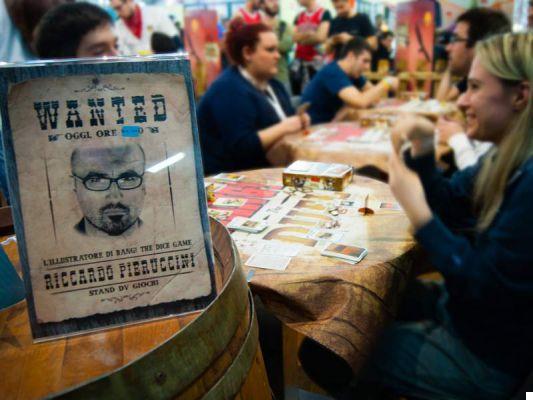 But in a fair of the reach of Lucca Comics, could there be no attractions dedicated to children?

The area Junior is aimed at children, also involving schools in Lucca and its province, where children have the opportunity to try their hand at workshops for the creation of a screenplay for a story of comics, animated short films and participate in free and educational meetings and workshops. 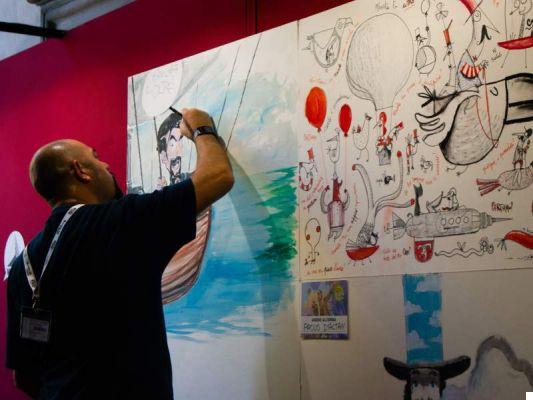 Artist at work in the Family Palace


From this year the Family Palace, with free admission, where among other initiatives dedicated to children's games, an entire room dedicated to Lego was set up, with various settings all made with historic bricks: from Star Wars to manga "robottoni", from a modern city with darting trains to the reconstruction of ancient Rome, from pirate ships to the battalion of English soldiers. A real show able to fascinate the little ones and seduce the grown-ups. 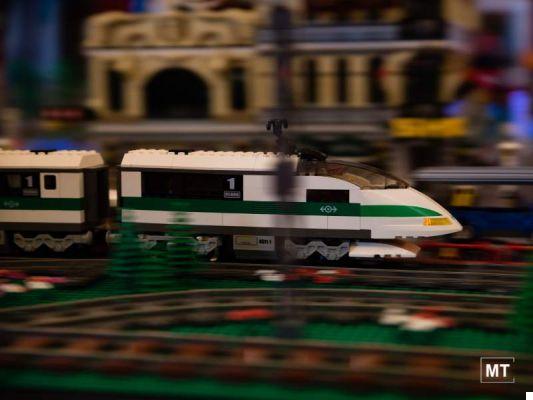 The area Japan Town is reserved for everything related to the Japanese world, ranging from traditional crafts, food, martial arts, clothing, to the inevitable gadgets especially inspired by manga. 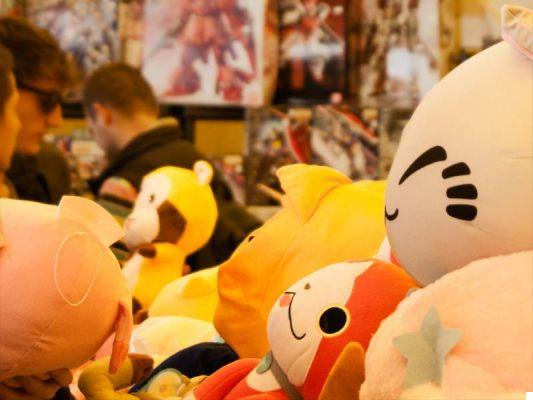 Inside several events take place including: the SuperHero Italian Contest, a Cosplay contest involving all the superheroes of Marvel and DC Comics; and theNKGC Lucca Model Contest, the main competition in the national modeling sector dedicated to science fiction, fantasy, film and comics. 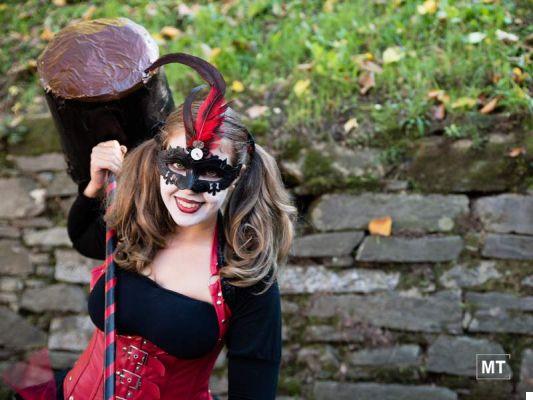 The area Movie it hosts daily national previews of some films which will then be distributed in Italian in the following months. Often the releases of the most anticipated films are celebrated with dedicated stands, such as for example this year the Disney Store was present for the first time where some costumes from the film "Star Wars: The Awakening of the Force" were exhibited, and four posters were created. in a limited edition dedicated to it, offered as a gift for a purchase. 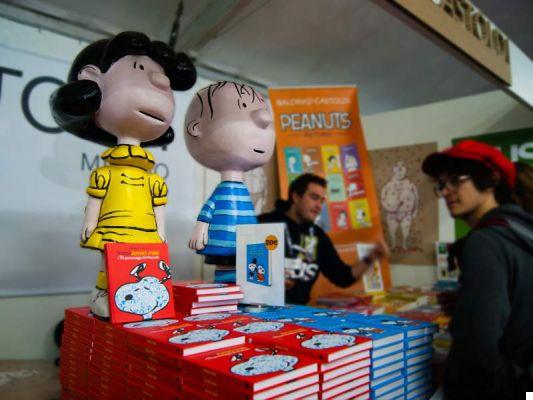 Peanuts special collections, published on the occasion of the upcoming release of the film "Snoopy & Friends"

Lucca Music & Cosplay instead it is the area dedicated to live performances, which are mainly held on the stage at the bastion of San Paolino. Every day, from early afternoon to late evening, various musical groups and singers perform, from cover bands and minor groups to the most famous singers such as Giorgio Vanni, Enzo Draghi, Cristina D'Avena, or the Superobots. In addition, the cosplay competition organized by the Flash Gordon cultural association also takes place on this stage. 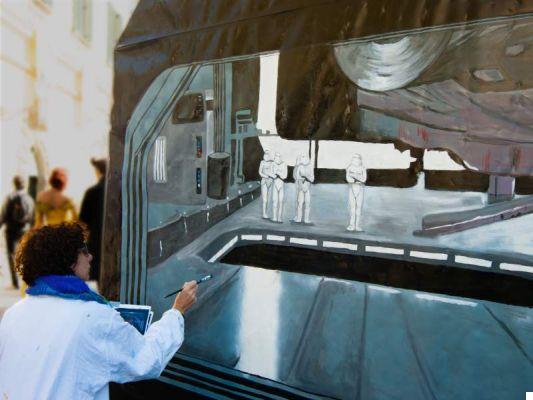 In 2016 the festival will reach the remarkable 50th anniversary milestone and great celebrations are already on the way. For the occasion, the event will take place over five days instead of the usual four and the organization "Lucca Comics and Games Srl" is already organizing a spring appointment, entitled Collecting, which will take place on 19 and 20 March in the Polo Fiere and will be dedicated to antique and collectible comics. 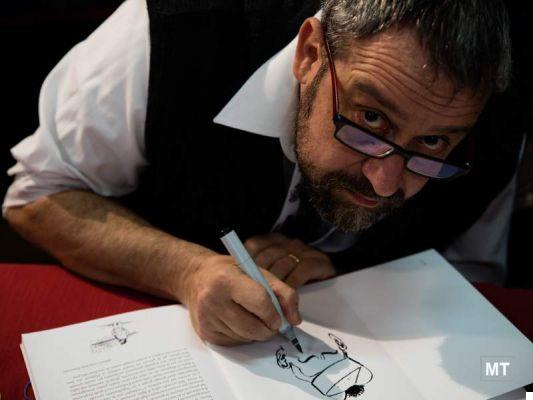 The famous cartoonist Claudio Villa autographs volume 10 of the comic Don Camillo e Peppone, of which he created the cover

With these premises, record attendances are expected. So, hurry up and book hotel rooms! Do you think it is too soon? The connoisseurs of Lucca Comics they even reserve the same room in the same hotel a year in advance at checkout, also to save a little. As can be easily understood, those days are considered very high season and the rates of the hotels in the center skyrocket. However, it is not difficult to find good offers online, especially if you have a car and you are not afraid to move a few kilometers.

I recommend buying tickets online too: the presale surcharge is in my opinion by far preferable to the hours lost in line at the box office.

Along Corsica by motorbike, tips and travel diary on the road ❯

add a comment of Lucca Comics, when superheroes land in Tuscany