The best cities and weekend destinations in Europe

Cities have been evaluated according to five categories of interest: activities, nightlife, food and drink, accommodation and public transport. The score of each city was assigned taking into account the tourist offer, the quality of life and the cost of services and products.

In the ranking they are present Italian cities, 10 to be precise, with Roma in the lead qualifying 12th with a score of 77.1 / 100. The other cities present are Milan, Florence, Naples, Venice, Siena, Bologna, Pisa, Verona and Matera.

In addition to the generic ranking, they were effective even partial rankings according to the various categories of interest. The winner in the activity category it is London, full of attractions, entertainment and shopping, followed by Paris and Rome.

In nightlife category first place goes to Berlin, followed by Krakow and Barcelona. The leaders in the food and drink category: Barcelona and Madrid. Rome and Paris both earn third place. The ranking takes into account not only the culinary richness of the destination but also the price of the dishes offered.

Based on the best quality / price ratio of hotels, the city of Kiev wins first place in the accommodation category, followed by Zagreb and Budapest. On the other hand, a good relationship between efficiency and cost of transport assigns Bucharest the first place in the public transport category. The second place in the ranking is awarded to Sofia and the third to Kiev, where the single ticket to travel by bus costs only 15 cents.

From the data collected it appears that of the 100 cities in the ranking, the most booked and clicked by the Spaniards on GoEuro in 2016 were Salzburg, Valencia and Warsaw. These data reveal the growing interest of the Spaniards in the so-called “new” goals.


More information on the index of the best weekend destinations and the complete rankings can be found at http://www.goeuro.it/viaggi/weekend 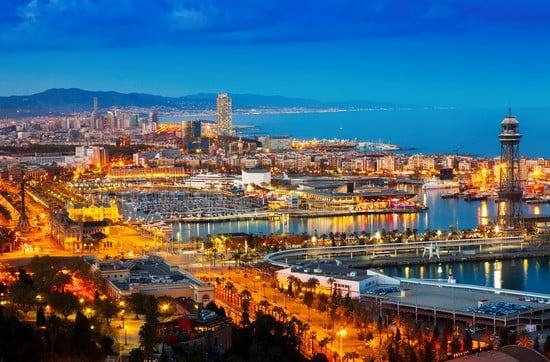 Port of Barcelona, ​​Spain - Photo from Istock
The best destinations to go to in December and where to spend the Christmas holidays ❯

The most original playgrounds in the world

The most visited places and attractions in 2017

Do you know which are the most interesting places in the world? Here is the 2016 ranking

Christmas Travel Ideas 2021: where to spend the Christmas and New Year holidays

Ranking of the largest hotels in the world