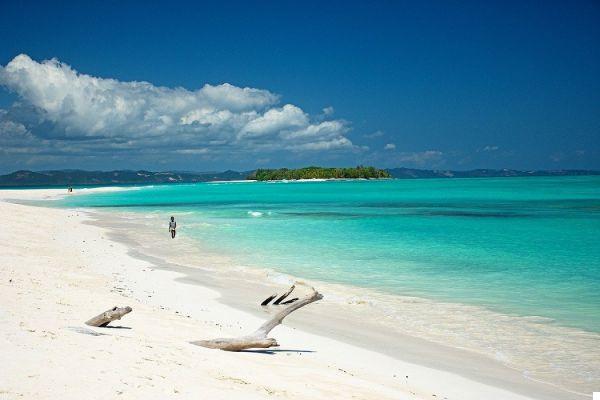 Uncontaminated landscapes, luxuriant nature in which man's hand seems never to have passed, beaches with bright white sands on which turquoise and deep blue waves crash are the must-haves of a trip among the small islands belonging to the Madagascar.

The red island and all its little daughters that revolve around it are a true paradise to try, between history, fun, excursions, water sports and relaxation under the coconut palms that sway in the wind that smells of salt. Off the coast of Madagascar there is not only the best known Nosy Be.

Also known as the “Island of the Forgotten Slaves”, this practically uninhabited island, whose surface extends for less than 1 square km, has a land full of history, shipwrecks and shipwrecks, as well as white sand beaches and green palm trees.
It was the end of the eighteenth century, when some French conquerors who were sailing in its waters with hundreds of Malagasy slaves on board, were hit by a storm that made them land on the lands of Tromelin to avoid shipwreck. After the storm ended, in the following months the surviving conquerors managed to rebuild a small ship to resume the route to the known lands of Madagascar promising the unfortunate slaves to return to take them back after 3 months, leaving them the necessary provisions. The months passed without the promised help arriving, and the years passed. It was only 15 years later, when a French ship was able to approve on the island, that they managed to rescue the few survivors left.
The island of Tromelin is located 450 km east from Madagascar and 500 from Reunion, thus enjoying almost total isolation. For a long time the island has been disputed by France and Mauritius for its economic interest, in fact it boasts one of the largest exclusive economic zones in the world, for its abundance of fish and the wealth of natural resources.

Nosy Iranja is located in the northwest of Madagascar and is called by the nickname of "Island of the turtles". This strip of land is one of the best known and most famous daughters of Madagascar. It owes its nickname to these cute animals that lay their eggs on its lands and take their first steps by throwing themselves into its sea right here. It is, in turn, the mother of two small islands: Nosy Iranja Keli and Nosy Iranja Be, which communicate with each other through a strip of white sand submerged in times of high tide. At low tide you can reach the other island through a walk of about 2 km. The island is a true paradise on earth, where the colors of the sea and the light of the sand dazzle the eyes of visitors.

To reach Nosy Iranja it is necessary to land at Nosy Be airport with one of the many international flights and jump on one of the boats that reach the island every day. 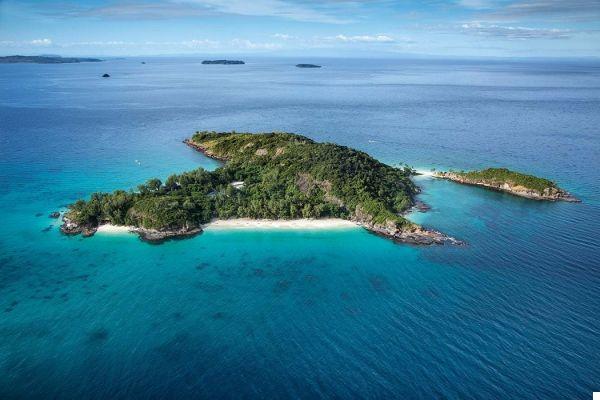 Literally in Malagasy it means "beautiful island to look at". And that's right, because this island area is a small gem north of Nosy Be and part of the Nosy Mitsio archipelago, with landscapes and colors peculiar to Madagascar, all the spirituality coming from Asia and so much inhabited and populated seabeds worthy of to be called the metropolis of the sea.
The island of Tsarabanjina is particularly attentive to sustainability issues: in fact it is dedicated to the protection of sea turtles, to the use of local products from fishermen and farmers from nearby areas.
The activities you can do on the island of Tsarabanjina are many, whale watching, snorkeling and underwater fishing, but the most magical and amazing thing is to be able to observe the bioluminescence. After sunset when the sun gives way to darkness and half-light, the plankton that collects on the beaches lights up, giving life to a unique show worthy of a fantastic Disney film, you won't believe your eyes! One of the most exclusive places to admire all this is the resort Constance Tsarabanjina.

“Maki Maki”: this is the most recurring phrase that you will hear echoing in the trees and beaches of this island. In fact, due to the large presence of funny primates, the lemurs, Nosy Komba also takes the name of "Island of the lemurs".
Located near the northwest coast of Mother Madagascar, this land has volcanic origin and is home to more than 60 breeds of these cute animals, in particular the macaque lemurs, in its dense tropical forest that covers much of the island.
The island of Nosy Komba is divided between the Lemur Park, where they move freely waiting for some food from tourists, the market where you can stock up on souvenirs made by local artisans, the white sand on which to lie down ready to take on a little color and the residential area in which the inhabitants live.


When to go to the 4 most beautiful islands of Madagascar?

As for the best time to visit and relax on the islands off the coast of Madagascar, our advice is to go between May and November, due to the mild temperatures, less humidity and scarce rains. Between September and October you can be amazed by the wonderful tropical blooms in all their splendor, while between August and November off the north-western coasts you can admire the migration of whales.

Trekking, snorkeling, immersion in the waters and in nature, relaxation and thousands of other excursions are the activities that await you with a trip to the most beautiful islands around Madagascar, some proposals offers Rolling Pandas on this page!

A romantic honeymoon between Ireland and Scotland ❯