Oskar Schindler is a German who saved 1.200 Jews during the Nazi occupation of Krakow. You can learn all about its history in the original enamel factory, which is now a museum and one of the visits not to be missed.

Krakow is a young, dynamic and rich in history city, which has earned the title of cultural capital of Poland by right. 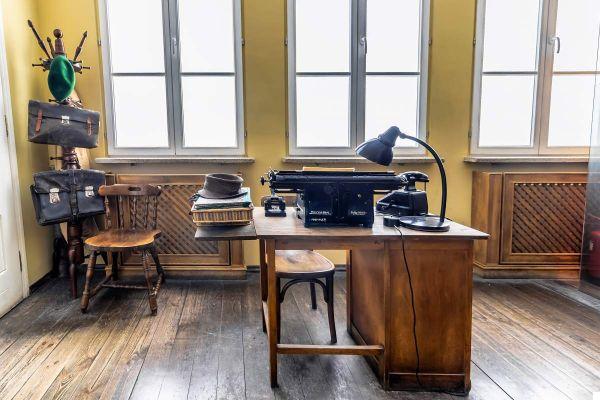 One of the main attractions of the city is undoubtedly the Oskar Schindler Factory Museum, the German entrepreneur made famous by the film “Schindler’s List” di Steven Spielberg del 1993 (based on the novel Thomas Keneally's Schindler List) and that I have looked at just in these days, as I write this article.

The museum is located just 3 km from the center of Krakow, inside the premises of the former DEF (Deutsche Emaillewaren-Fabrik), and traces the history of the city during the Nazi occupation in the period from September 1939 until its liberation by the Soviet army in 1945.

For those who wonder why visit Schindler's FactorySuffice it to say that the Jewish communities of Kazimierz and more generally of all of Poland were among the most affected during the Shoah. It is therefore a historical period that has profoundly influenced the life of this city.

Civitatis offers a FREE guided tour in English at Kazimierz, the Jewish quarter of Krakow, And Podgorze ghetto and in my opinion it's a great tour to do in combination with visit of Schindler's factory. 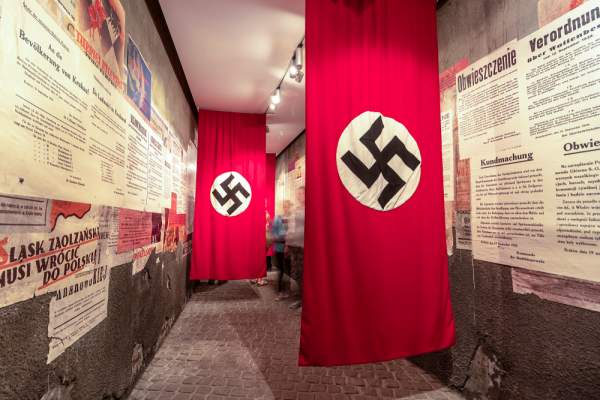 It all began on November 6, 1939, date on which the Gestapo arrested professors and academics of the Jagellonian University.

This event marked the beginning of the Nazi invasion of Krakow, which led to the gradual elimination of Jews from urban social life.

Before the war, around 65.000 Jews lived in Krakow. During the Nazi occupation, most of the Jewish population was expelled from the city. The remaining 16.000 were first transferred to the Jewish ghetto, an area of ​​20 hectares enclosed by a stone wall in horrible living conditions, and then following the roundups of 42-43, they were forcibly deported to the Plaszow concentration camp.

The story of Oskar Schindler, a skilled German businessman of Czechoslovakian origin joined the Nazi Party for convenience.

Schindler purchased the now famous building of via Lipowa 4, headquarters of the Deutsche Emaillewaren-Fabrik, a factory that produced enameled objects and, later, ammunition.

In 1942, after witnessing with horror a roundup in the Krakow ghetto, Schindler decided to commit himself to saving as many Jews as possible from this persecution.

He then used his knowledge to reach an agreement with the commander of the Plaszow concentration camp to agree on the hiring of 900 Jews, citing the need for new low-cost personnel to run the factory, which at that point was producing only military ammunition, as Polish labor was too expensive.

Later, when the Plaszow camp was closed and deportations to Auschwitz began, Schindler was once again able to save "his" 1200 Schindlerjuden (Schindler's Jews) from certain death by transferring them to another factory in Brunnlitz, in Czechoslovakia.

After the war, Schindler had to flee Germany (as belonging to the Nazi party) and tried his luck in Argentina, but was forced to return to Germany due to an illness.

He then spent the rest of his life between Germany and Israel thanks to the sustenance of the Jewish families he had saved, later dying in 1974 and being buried in Jerusalem.

What to see in Schindler's factory in Krakow 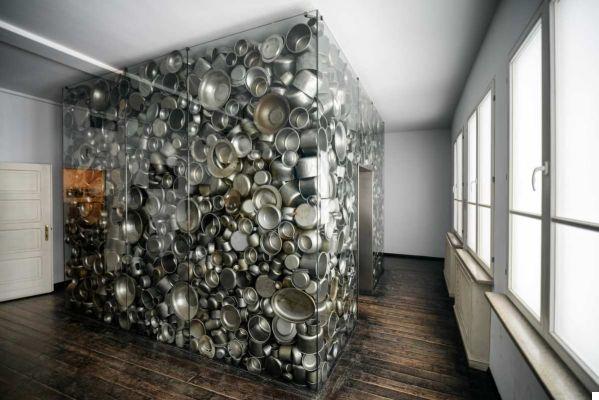 La Schindler's factory was turned into a museum in 2010, becoming one of the best historical museums in Krakow by right.

The Schindler Factory Museum is not a memorial dedicated to the German entrepreneur Oskar Schindler (to whom two rooms are dedicated) but is a journey through the history of Krakow during the years of the war and the Nazi occupation.

In the museum you will not even see the famous "Schindler's list" as this it was never found.

The museum is divided into exhibitions, some fixed and others temporary, which accompany visitors on an exciting journey through the history of those years.

The museum is packed with objects that recall the origins of this place, such as the enameled crockery and the pots that were produced here, in a succession of images and emotions.

One of the most exciting permanent exhibitions is undoubtedly "Kraków - czas okupacji 1939-1945" (Krakow - the years of occupation 1939-1945), which traces the history of that period and shows the living conditions of the Jewish community in Krakow during the Nazi occupation of the city.

Images, reconstructions, sounds and visual effects help to reconstruct the places and activities of Poles and Jews of the time, leading visitors to immerse themselves completely in the gloomy atmosphere of those years.

Weapons, swastikas, photographs and lists of people destined for concentration camps help to recreate the feeling of menace that hung in the air following the Nazi occupation.

The museum is arranged on three floors following the original plan of the factory and consists of 12 thematic units that trace the central events that characterized the Nazi invasion in Poland.

Almost at the end of the tour, you find yourself in front of Oskar Schindler's famous desk, with his framed photos, his telephone and the note typewriter with which the list of all Jews removed from concentration camps was drawn up.

The museum's website recommends a visit to children aged 14 or over. 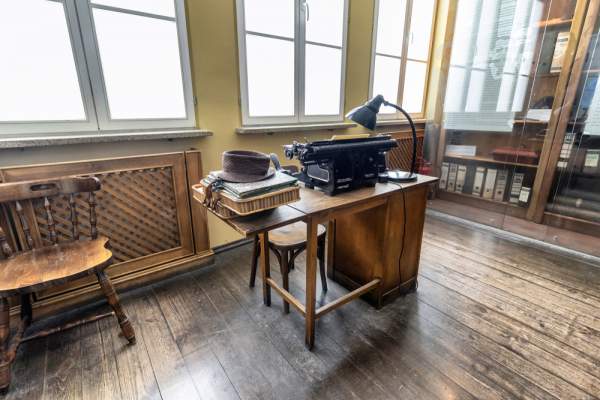 Timetable and how to get there

Schidler's Factory is undoubtedly one of the most famous places in Krakow and one of the museums that must absolutely be visited in order to get to know the history of this city in depth.

Although the museum has English captions along the entire route, these can often be distracting, which is why it is usually advisable to rely on a guide to fully appreciate the visit.

Schindler's Factory museum is located about 3 km from the center of the old town (Stare Miasto) and is easily accessible either on foot, by tram or bus.

Purchasing the CITY PASS KRAKOW CARD you have entry included to the Schindler factory and to 40 other museums, plus the unlimited transport on trams and buses

Getting to Schindler's factory from the Old Town it's very easy: the path is almost all straight as shown in the map below (and that you can also find HERE) 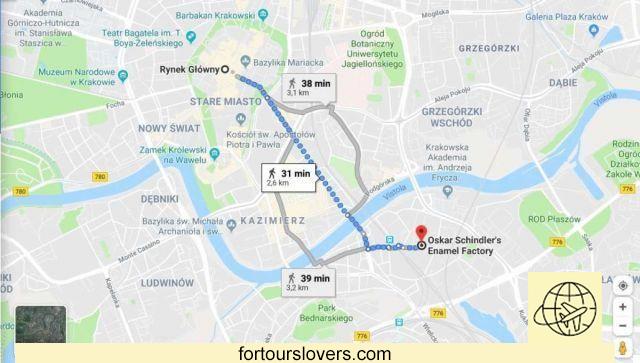 - museum hours they vary during the year so it is worth checking the opening on the official website.

In general from April to October the museum is open from 9 to 20, with the exception of Mondays, when it has reduced hours from 10 to 16. 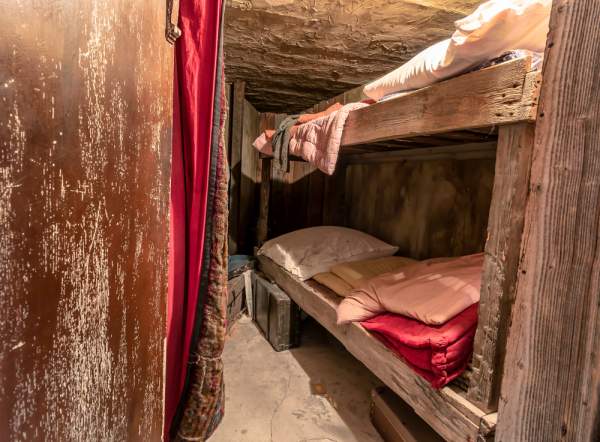 Il full ticket price is 21zł (about 5 euros) and reduced 16zł (3,50 euros). You can buy TICKETS ONLINE which saves you from queuing, especially in summer under the scorching sun or in winter (and winter in Poland is cold!)

Il on Mondays the visit is free, but please note that the number of tickets is limited. If you want to enter for free, be sure to book your ticket directly on the museum website.

There are also gods packages which include the entrance to the factory and other attractions of Krakow:

For those who want to make the most of this visit, we recommend one guided tour in English, as it allows you to further deepen the history of those years and you are sure not to miss any important information. 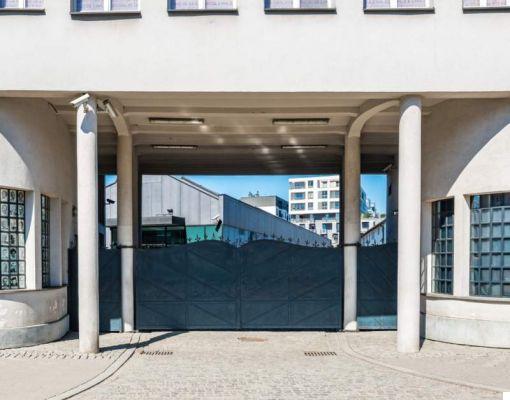 During my visit the guide told us that Schindler was very different from the character played by Liam Neeson in Spielberg's film, but she did not want to dwell on the reason for his statement and I got the impression that he preferred not to express his personal opinions. .

Certainly Oskar Schindler is a character of light and shadow: a fixer who at least initially hired Jews because they were cheap (and therefore for personal gain), who after seeing the atrocities perpetrated by the Nazis during the round-ups in the ghetto, becomes good and ruins himself to save them.

At first I wondered if this person has really changed or if he has simply just thought about his personal advantage. Then I decided that I'll never get to the truth anyway and that maybe it's not even that important.

He came to my house once, and I put a bottle of cognac in front of him,… When his eyes flickered - he wasn't drunk - I thought it was time to ask him "why"? His response was: “I was a Nazi, and I believed that the Germans were wrong ... when they started killing innocent people - and it meant nothing to me that they were Jews, to me they were just human beings - I decided I wanted to save more than I could "And I think Oscar told the truth, because that's what he did"

Visit to the Sagrada Familia: 6 Mistakes to Avoid and Useful Tips ❯

Podgórze, What to See in the Krakow Ghetto

Where to Stay in Warsaw

Krakow, How to Go from the Airport to the City Center