10 Reasons to Visit Sweden in Winter

I certainly cannot say that the climate of the Sweden in winter it's properly warm, but it's much better than I imagined before I was there. L'winter in Sweden in fact it is very magical and as I have heard many times, there is no bad weather, only bad clothing. 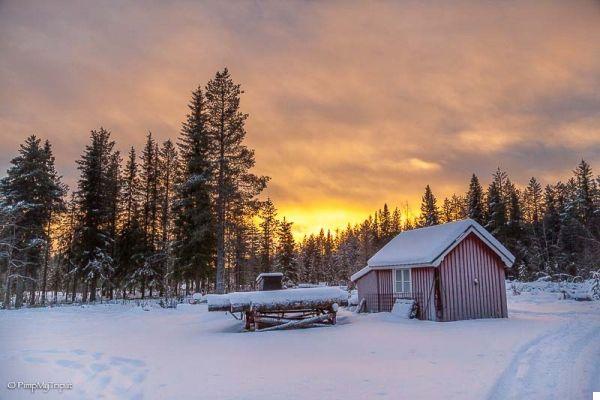 Then put warm clothes in the suitcase: With the preparation and the right mindset, Sweden in winter is an absolutely lovely destination.

But regardless of the inconvenience that someone might find (in case you don't leave prepared) these are 10 reasons to visit one of the countries I love the most, at this time of year.

Traveling in winter? Check it out too to my post on Iceland in Winter!

1. The obvious: The Northern Lights are the most amazing thing you will see in your life 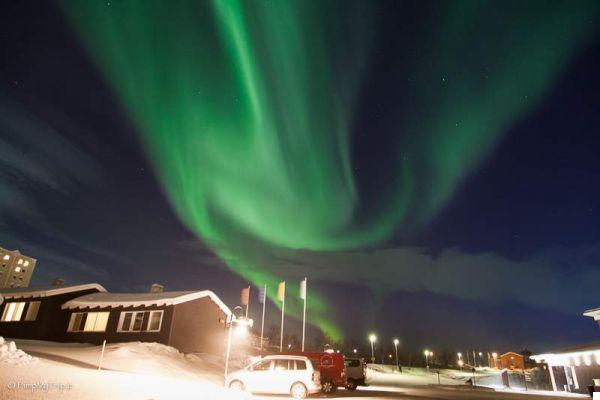 The Northern Lights are only visible from September to the end of March, not because they aren't there during the rest of the year, but because they can't be seen in daylight.

In Abisko, considered by many scientists the best place in the world to see thenorthern Lights, we have seen the "green lady" 1 day out of two.

Don't miss my post on Abisko and Kiruna, where to see the Northern Lights in Sweden!

Sure, the first of the two nights was very cloudy, so we saw some green streaks of clear aurora behind the clouds - nothing impressive. However, on our second and final night we had a cloudless sky, and the northern lights turned out to be more vibrant, magical and incredible than I could ever have imagined in my life.

Seeing the Northern Lights is completely free. Just get away from light pollution as far as possible and look at the sky. Don't think you have to spend hundreds of euros onAurora Sky Station or on a photo tour. With the right weather conditions, you should be able to see the lights as soon as you step out of the hotel and let your eyes adjust to the darkness.

Suggestion: I highly recommend staying somewhere in Abisko where you can easily get away from light pollution.

STF Abisko Tourist Station it is the place where I have personally been and that I recommend to you. Also Abisko Mountain Lodge it comes highly recommended, but I can't talk about it personally. 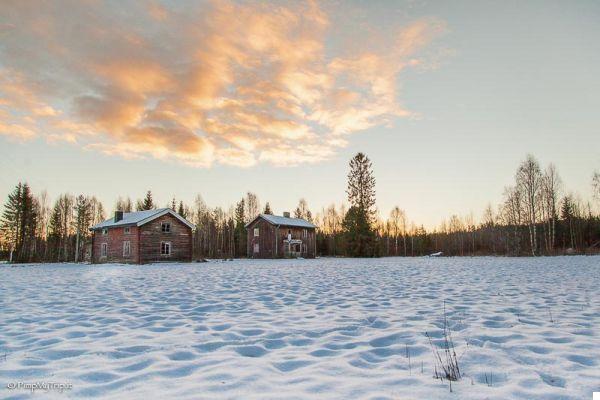 The average peak of Stockholm in February is around -1 ° C. On average, the weather is a bit colder than other winter destinations like New York or London, but Sweden isn't as cold as you might think.

The winter climate of northern Sweden, however, can be a completely different story: it can easily get as low as -30 ° C at certain times during the winter.

Fortunately, if you are staying in Abisko, many hostels and hotels offer clothing for rent (especially if you lack shoes, take advantage of them).
These are often free if you book an activity with them. When we went to Aurora Sky Station, they loaned us a super warm rain suit.


Three words: leggings, socks and gloves. Worn as a layer under jeans they are amazing. Fleece lined leggings have saved my life many times over.

Also, don't underestimate the power of some wool socks and an ultra-thin down jacket to wear under your winter jacket - a second layer of down really helps.

Also, make sure you have waterproof shoes or snow boots, because nothing will make you feel colder than frozen feet (as well as being dangerous).

As I said before, worse than bad weather, there is only bad clothing.

3. Sweden in winter is quite cheap 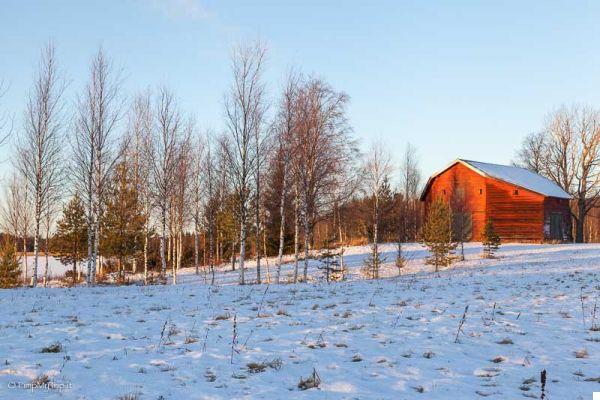 Le winter holidays in Sweden they are actually affordable. If you fly from Milan, you can find cheap flights of even less than 100 euros for a round trip - you don't have to wait until you find a mistake.

With flights so cheap, I didn't even bother using my airline miles.

Furthermore, since thewinter is low season in Stockholm, the accommodations will be a little cheaper than in other seasons of the year (except for the period between Christmas and New Year).

Tip for Abisko: While Sweden isn't as popular in winter as it is in summer, Abisko it is literally besieged by tourists and large groups of photographers, so be sure to book well in advance.

Use a free cancellation booking service like Booking.com to make sure your vacation runs smoothly, as seats tend to be sold out literally months in advance.


Check prices and availability of hotels in Stockholm 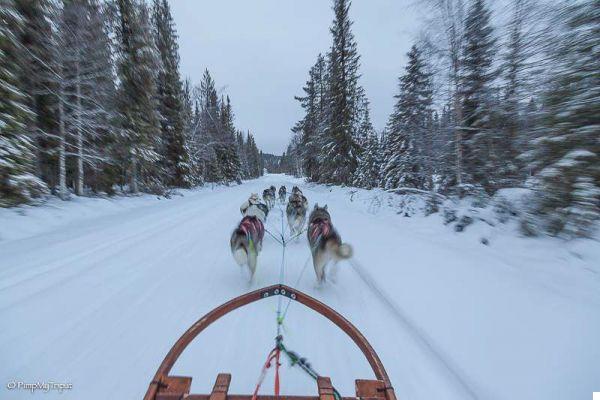 For the more adventurous, there are around 200 ski resorts and more than 1000km of pistes in Sweden.

Björkliden is a popular destination for skiing and snowboarding and is located just a few kilometers from Abisko.

In short, from the locations of the famous Åre ski village in central Sweden, at the ski resorts in the provinces of Dalarna, Jämtland, Härjedalen and in Swedish Lapland, there are hundreds of places where you can reach the slopes.

The most popular downhill slopes are to be found around Åre, one hour by plane from the capital of Stockholm (660 km). Åre offers a myriad of routes, from off-piste runs to easier runs and runs for children or families.

But apart from skiing, there are many winter activities to do: the dog-sledding in Lapland is one of the most amazing experiences I've ever had. Even if it is a bit expensive I highly recommend it: try to invest part of your budget for it, I assure you that it is a once in a lifetime experience.

Alternatively, snowshoes and cross-country skis can be hired from most hotels and hostels for a very reasonable price.

But it doesn't end there: snowmobile tours, ice climbing, tour to meet the Sami, horse trekking in the forests and much, much more.

5. The traditional Swedish sauna is a great way to brave the cold 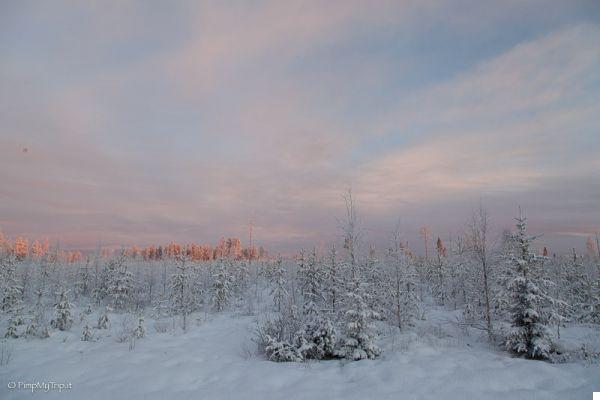 Many hotels in northern Sweden, and even some in Stockholm, have free sauna access included in the room rate.

Even some hostels (such as the City backpackers!) they have free sauna!

6. Stockholm is also magical for a Genoese who does not like the cold (excessively) 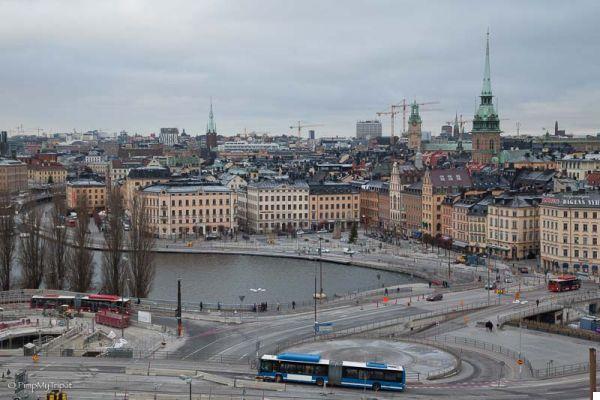 In Stockholm, they do not suffer from the winter as we do in Genoa, for example, when three flakes come, the city freezes completely. The snow is handled well, so it's not that difficult to walk, but you have to be careful not to slip on the ice.

There is so much to do in Stockholm in winter that it's really hard to get bored: from the excellent museums (don't miss the Vasa Museum) to cozy cafes and restaurants, it's a great winter city.

Read here what to see and do in Stockholm

Tip: Stockholm has a well-deserved reputation for being an expensive city, but make some smart moves like buy the Stockholm Pass for museums and travel on public transport can really save you a lot of money.

7. Days at Lantiv Lodge in Skelleftea are unforgettable

With snowy forests everywhere, in Skelleftea the landscape looks almost like a black and white photograph.

Tall trees sprouting from the snow, almost mystical landscapes amidst the fog, sunsets of a thousand shades of red and orange - and that's pretty much everything, except for a hint of blue sky from time to time.

Skelleftea is a beautiful excursion even in summer, when in the months of June and July you can witness the midnight Sun.

8. Fika is best when it's cold outside 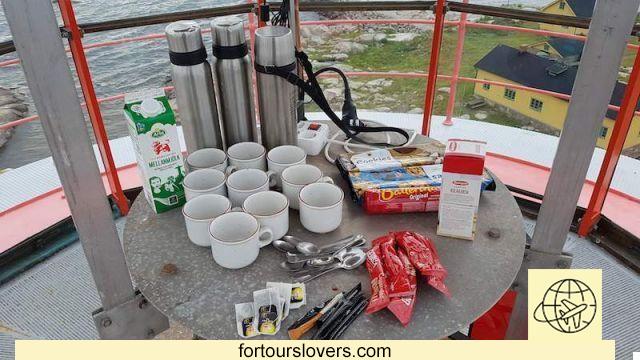 La fika is a Swedish institution: you abandon everything you are doing to sit down with a friend and have a coffee and a pastry or a piece of cake.

There is nothing more relief than warming up in a bar with a long coffee or tea and a kanelbullar (Swedish cinnamon bun), chokladboll (cocoa ball covered with coconut) or prinsesstårta (Swedish dessert made of marzipan, pan of spain, custard and jam).

If you go between New Year and Easter, you will find semla, which are soft spiced buns filled with marzipan and whipped cream.

I tell you that they are delicious but if you want to believe me you will have to taste them. 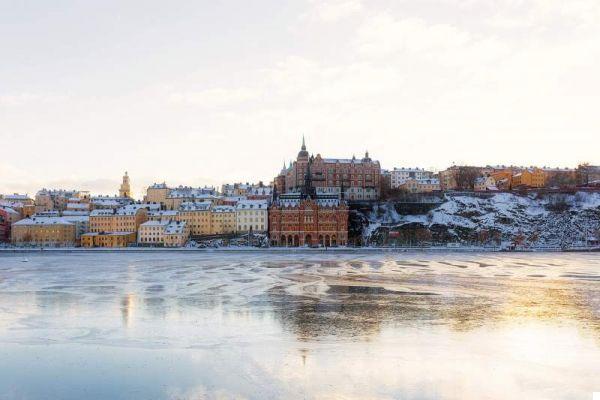 Stockholm is so quiet during the winter that it is impossible to think that nearly 2 million people live in and around the city. It is not uncommon to walk with few tourists, even on weekends.

Come bonus, i hotel prices are lower (except for the time right around Christmas), which means you can find some incredibly good deals if you book early.

If instead of snowy forests and the wild north, you prefer to stay true to the busy city life, make sure you visit some of the classics Christmas markets and Stockholm, Gothenburg and Malmö.

Stockholm's Old Town (Gamla Stan) comes alive during the winter with the sweet scent of warm glögg (mulled wine) and pepparkakor (gingerbread cookies) spreading through the air, and rows of stalls filled with handicrafts, toys, Christmas decorations and seasonal foods such as smoked meats, jams and sweets.

You can also try your hand at traditional candles and visit Skansen Market, the oldest open-air museum in the world.

A Gothenburg, you can enjoy the largest Christmas party lit by 5.000.000 (yes, five million!) lights in the Liseberg amusement park.

And in the far south of Sweden, Malmo it also hosts different types of Christmas markets.

You can count on twinkling lights, decorations, vibrant bursts of color and anything that creates that special Christmas mood.

Try to have medical insurance when you travel to Sweden in the winter, especially if you do outdoor sports.

In this case, I recommend World Nomads which has a plan for winter sports: they cover you if you fall ill unexpectedly, slide on ice, get injured during a winter activity, or if the weather interferes with your travel plans.

Where to see the Northern Lights in Sweden: Abisko and Kiruna

When to go to Sweden, Best Month, Weather, Climate, Time

Where to sleep in Stockholm: best areas and hotels where to stay

Guide and Tips for a Trip to Sweden

add a comment of 10 Reasons to Visit Sweden in Winter