Canary Islands: Where They Are, When To Go and Practical Advice

If you are planning a trip to the Canary Islands it is important to get to know this fantastic archipelago, famous for its favorable climate all year round.

It will therefore be useful to understand first of all where the Canaries are located, when to visit them and what to see.

In this guide you will find all the information you need to better plan a trip to the Canaries.

Where are the Canary Islands located 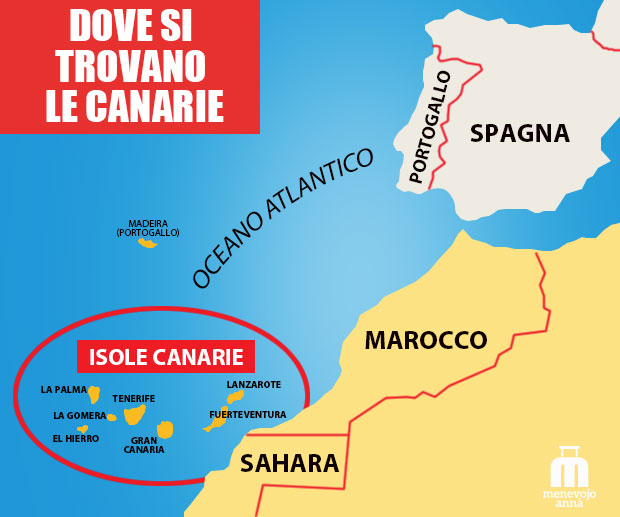 The Canaries are an archipelago of islands of volcanic origin located off the northwest coast of Africa, facing Morocco. Geographically they could therefore be part of the African continent, but in reality they are Spanish islands and are part of the European Union.

A unique feature of the Canaries is that they have 2 capitals: Santa Cruz de Tenerife and Las Palmas de Gran Canaria.

The main islands of the Canary archipelago are: Lanzarote, Fuerteventura, Gran Canaria, Tenerife, La Gomera, La Palma and El Hierro.
Then there are other smaller islands such as the beautiful La Graciosa Island (north of Lanzarote) and the small uninhabited islands Isla de Montaña Clara and Isla de Alegranza.

How to get to the Canaries

The Canaries can be reached by direct flights in about 4 hours.

There are various low cost airlines that connect the main cities to the Canary Islands, such as: Wizz Air, Ryanair or Vueling. Alternatively, many connections include a stopover in Spain.

The average cost of a round trip flight to the Canary Islands is around € 150, but by booking a little in advance you can find much cheaper rates.

I also recommend looking for flights departing from other European cities, for example Berlin. Often there are very low offers and you can reach the German city with frequent cheap flights. I also explain it in the article flights Open-Jaw.

Canary Islands: when to go? 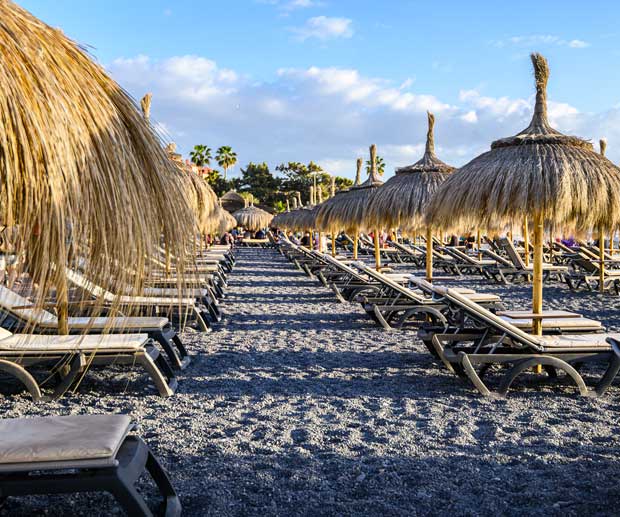 The Canaries, also due to their position a short distance from the African coasts, have pleasant temperatures during most of the year, in fact they are known as the islands of eternal spring.

At any time of the year you can therefore organize a trip to the Canary Islands, but it will be essential to choose the right island but above all the best location based on what you are looking for.

Keep in mind, in fact, that generally the southern area of ​​each island has a warmer and more stable climate, on the contrary the north is often variable.

However, each island has its own particular characteristics, Fuerteventura and Lanzarote for example are the windiest, especially during the summer. It is no coincidence that Fuerteventura hosts the World Windsurfing Championships in August.

The only period that would be better to avoid if you want to do seaside life is during the late winter from the end of January to mid-February.

The Canary Islands, although very close to Africa, are part of Spain as we have said. A passport is therefore not required, but an identity card valid for expatriation is enough.

What to see in the Canaries 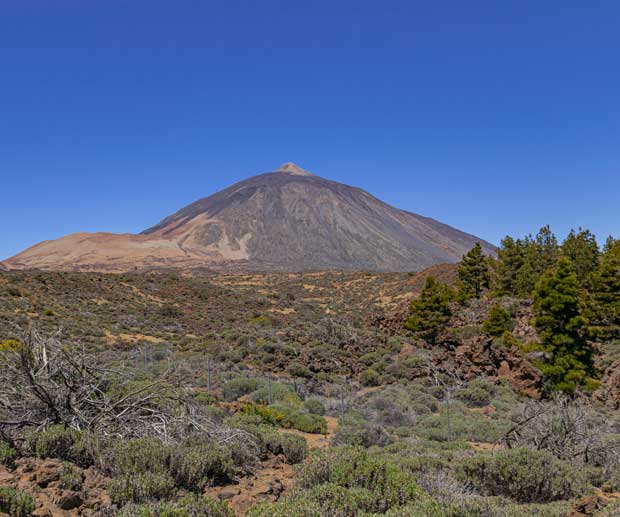 The Canary Islands offer a bit of everything: wonderful beaches, cultural visits, nature excursions and a lively evening life. Obviously it depends on the island you choose.

Tenerife for example is the largest of the archipelago and the most touristic along with Gran Canaria, while Lanzarote and Fuerteventura are famous for their breathtaking views and spectacular beaches!


For more information I suggest you read the article Which Canary Island to choose, where I describe in detail the characteristics and peculiarities of each island.

Here are some of the main attractions of the Canary archipelago not to be missed:

Playa Papagayo Lanzarote: one of the wonderful unspoiled beaches of the Los Ajaches Reserve. Fine sand and transparent waters and a wonderful surrounding landscape.

Timanfaya: the most beautiful and exciting excursion on the island of Lanzarote, an area with a lunar aspect formed following a series of volcanic eruptions.

Maspalomas: the other wonderful dune park is located in the south of Gran Canaria, a true spectacle of nature that changes shape every day thanks to the power of the wind. A true African desert that seems to plunge into the ocean.

Teide National Park: declared a World Heritage Site by Unesco, Teide is an active volcano and the highest mountain in Spain. An excursion to the national park offers unique emotions, it almost seems to be on another planet.

The Teresitas: in my opinion the most beautiful beach on the island of Tenerife, is located north of the capital Santa Cruz. It is a beach of artificial light sand bathed by crystal clear waters.

The carnival: the Canaries are famous not only for the beaches and nature but also for the Carnival. In particular, that of Santa Cruz is considered the second most famous in the world, after Rio de Janeiro. Each year it competes for this success with its eternal rival Las Palmas de Gran Canaria.

Fiji Islands, all you need to know ❯

add a comment of Canary Islands: Where They Are, When To Go and Practical Advice