Canary Islands: Which Island to Choose

If you are thinking of a nice holiday in the Canary Islands or if you would like to go and live there, this article is the one for you; in fact you will find out which Canary Island to choose.

It is not easy to decide where to go in the Canaries, because they are all beautiful and each has its peculiarities and its strengths.

It is impossible to say which is the most beautiful place in the Canaries, but you can evaluate the characteristics of each island and choose according to your needs and what you are looking for.

I wanted to write this complete guide on the Canary Islands to help you better understand how they are made and which one is right for you. So let's get to know the archipelago better.

Archipelago of the Canary Islands

The Canaries are an archipelago of 7 major islands, located in the Atlantic Ocean off the coast of northwestern Africa. They are practically in Africa but they are officially Spanish.

The 7 main islands are: Tenerife, La Palma, La Gomera, El Hierro, Gran Canaria, Lanzarote and Fuerteventura. Then there are other smaller islands.

The great strength of the Canaries is the mild climate all year round, are in fact known as the islands of eternal spring and are among the most popular destinations for tourists from all over Europe during the winter.

Another great advantage of the Canaries is the ease of reaching them, with about 4 hours and taking advantage of the various low cost airlines that operate with frequent flights from our country. 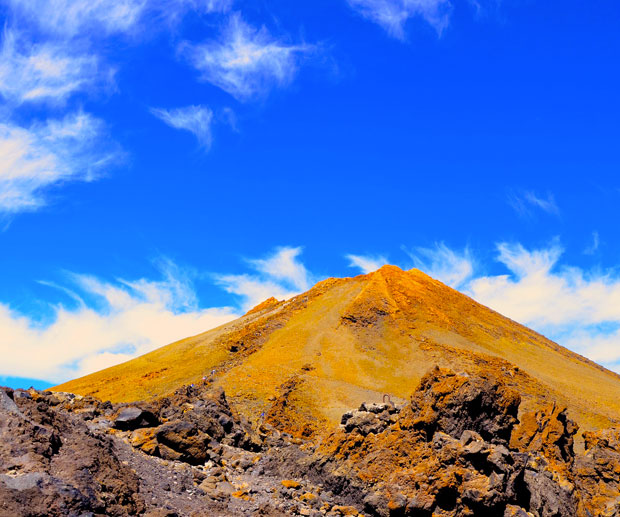 Canary Islands: Where To Go

Each island of the Canary Islands has different characteristics and the choice depends on what you are looking for.

They often ask me which Canary Island is warmer and less windy in winter. And this could be a first aspect to evaluate.

But it is also important to understand what each island offers, which has the best beaches, which offers the most attractions and which is the most touristy.

The Canary Islands are all a bit windy, but there are some that are more sheltered from the winds. For example the beaches of the southwest of Gran Canaria they are particularly sheltered and ideal for one seaside holiday in winter. The beaches of southern Tenerife are also a good choice for going to the beach in the cold months.

Fuerteventura and Lanzarote which are generally more exposed to strong winds, on the other hand, they are ideal from the end of August until the beginning of November, with warmer waters and a light and pleasant breeze.

In general, however, it must be said that Fuerteventura and Lanzarote are the most beautiful from a naturalistic point of view and with pristine beaches.

Gran Canaria and Tenerife they are instead more built, especially in the south and are very popular with retirees from Northern Europe.

In any case, the beauty of the Canaries is that you can wear a t-shirt and shorts even in January.

But now let's see each island in detail! 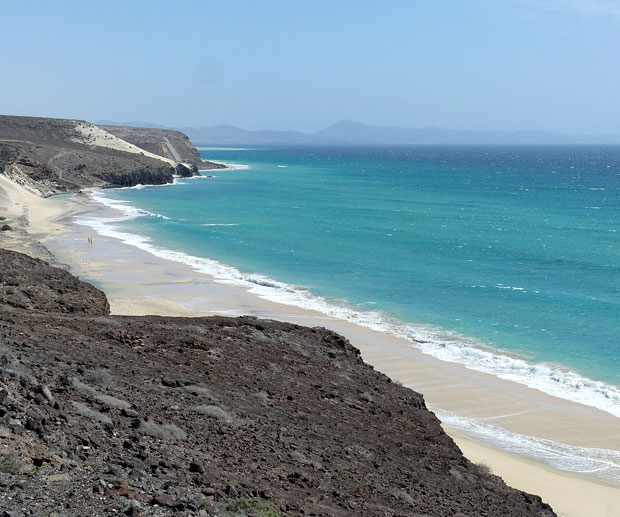 For a purely seaside holiday, Fuerteventura is one of the best choices, wind permitting. There are some of the most beautiful beaches of the archipelago, small coves or endless kilometers of beaches bathed by crystal clear waters and unique colors.


It is also the perfect island for lovers of surfing, kitesurfing and windsurfing. Precisely for this reason it is quite popular with young people and all those who wish to practice these sports.

In particular, the most animated area, do not expect a wild nightlife, it is Corralejo. Perfect base for visiting the island, but also for excursions to the nearby Lanzarote or towards the Island of Lobos, the latter reachable in about twenty minutes by ferry.

The southern area is very windy between June and the end of August, and it is no coincidence that the windsurfing world championships are held.

The best time to visit Fuerteventura is between late August and early November, best of all October, when there is less wind and the water is warmer, 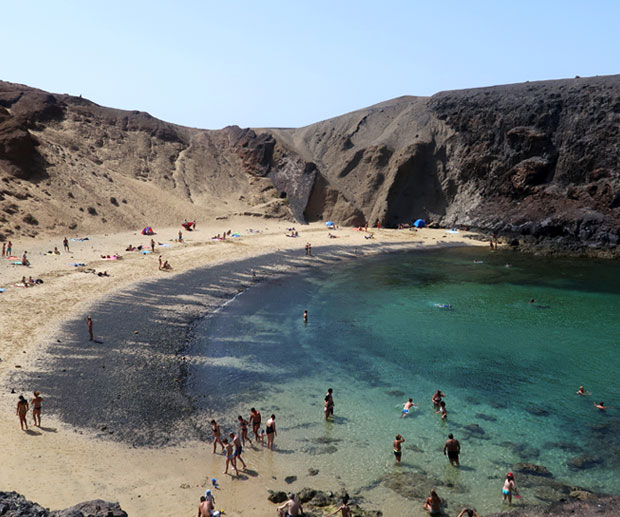 Maybe I'm a bit biased because I lived for a short time in Lanzarote, but for me it is the most fascinating island of the archipelago.

A small and comfortable island to get around but with so many things to do and see: from the wonderful beaches, to the lunar landscapes, to the incredible works of the artist Cesàr Manrique, scattered in every corner of the island.

Lanzarote is ideal for anyone who wants to enjoy the sea and its beaches but at the same time want to tour the island and admire its attractions. Perfect for couples or families with children, or why not for an unforgettable honeymoon.


The advice is to stay in a central area to be close to everything. Find more information on the specific article: where to stay in Lanzarote. 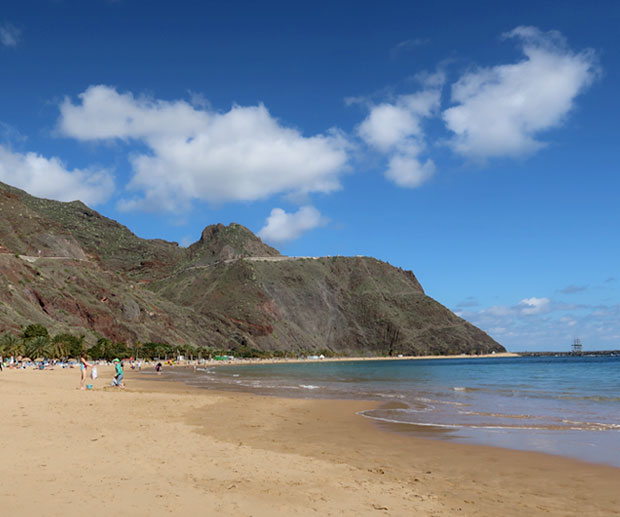 Tenerife together with Gran Canaria is the most built island of the archipelago. In particular the southern area with Las Americas and Los Cristianos, the most touristic places.

In fact, it is here that most tourists from all over Europe decide to spend their holidays, as there are beautiful beaches (although not comparable to Fuerteventura and Lanzarote) and where the climate is generally more suitable for life by the sea.

The south of Tenerife is also less subject to winds, except the area of ​​El Mèdano, a beach particularly suitable for lovers of water sports.

Las Americas and Los Cristianos are also recommended for those looking for a bit of nightlife and entertainment. Also from here depart the excursions to La Gomera and for the sighting of cetaceans.

It is also true that Tenerife is not only this, in fact it offers several naturalistic attractions, such as the PTeide arch, and some more characteristic and cultural places, such as La Laguna, located in the north and declared a World Heritage Site by UNESCO.

Finally, it must be said that Tenerife can also be visited by public transport, with the famous “guagua” (the bus). From the south you can reach the capital Santa Cruz and visit the surrounding areas.

ALSO READ: Where to stay in Tenerife 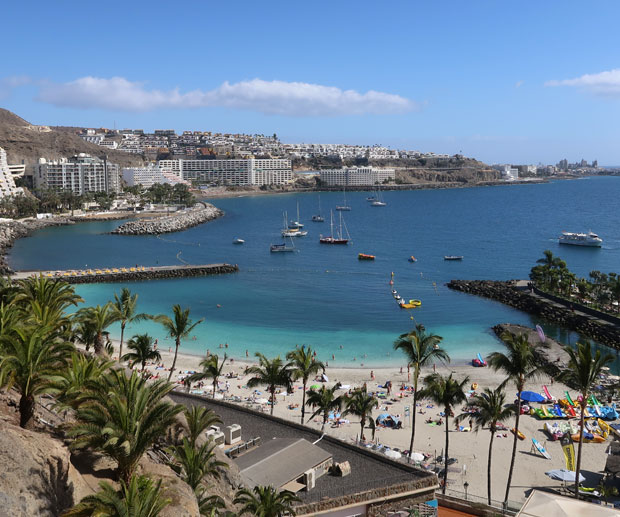 Gran Canaria is considered the hottest island in winter, as long as you choose the southwest area, where the beaches are more sheltered from the wind and suitable for bathing all year round. Unfortunately this area is also the most built and cemented one.

But like Tenerife, Gran Canaria, in addition to its beaches, offers a lot attractions, both naturalistic and cultural. Among these not to be missed are the Maspalomas dunes and a visit to Vegueta, the old part of the city of Las Palmas.

Las Palmas is a real jewel, a more authentic and characteristic city than the tourist resorts of the south. Also embellished by the splendid Las Canteras, one of the most beautiful city beaches in all of Europe.

ALSO READ: Where to stay in Gran Canaria

Finally we have the last three islands:

La Gomera: a small island located in the western part of the archipelago. The most fascinating from a naturalistic point of view, wild and unspoiled, recognized as a Biosphere Reserve.

The Palm: known as Isla Bonita, very quiet and not very touristy, ideal for nature lovers with different paths for trekking. In La Palma there is the most important astronomical observatory in Europe and night excursions are organized to admire the sky with the telescope.

The iron: the smallest island in the Canaries and also the wildest. The right choice for a holiday dedicated to nature and for diving enthusiasts.

We saw the 7 main islands of the Canary Islands. As you can see, there is something for everyone. Do not exclude the possibility of visiting more places, dividing the trip into various stages if you have some time available. If your stay is not that long you can take day trips to the nearest islands.

In this regard, below you will find the best itineraries between the various islands:

Where to go to Live in the Canaries

In recent years the Canaries, for various reasons, have become a very popular destination not only for holidays but also to change your life and move to this wonderful archipelago.

It is even more difficult to say which is the best island for a possible transfer. Tenerife is generally the most chosen and in the collective imagination it seems to be ideal. But everything is subjective and if you are really thinking of going to live in the Canary Islands, I recommend that you first take a period to "test" one of the islands.

Personally I found myself very well both in Lanzarote and in Gran Canaria. But for a transfer I would choose the latter. I was staying in Las Palmas near Las Canteras beach and it was perfect for my needs. The city offers all services and at the same time has a calm and relaxing atmosphere. All at fairly low prices. 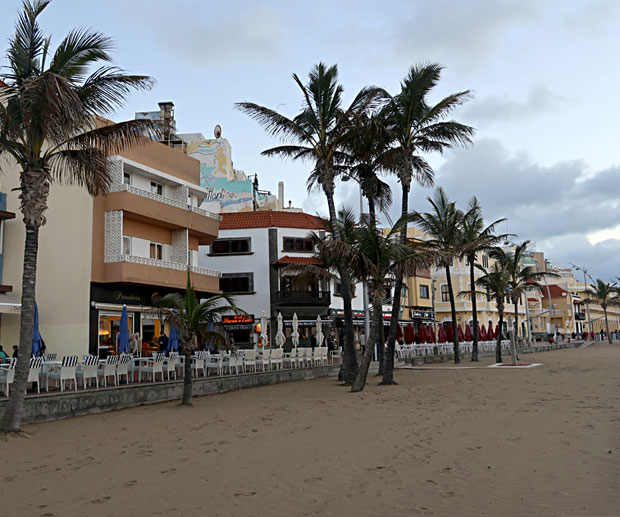 I hope that thanks to this article you will be able to choose the best island of the Canary Islands according to your preferences. In the Blog you will find many articles on the various islands of the archipelago, I invite you to consult them for more information. If you have further doubts, comment on the article or write me in private. 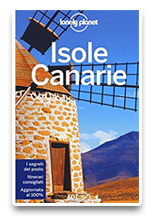 Trip to the Canaries? Start with The Right Guide

Tips and practical information for organizing a trip to the Canary Islands
Don't leave without Lonely Planet!

add a comment of Canary Islands: Which Island to Choose