Honeymoon: coast to coast in the USA

Author and references
Honeymoon: coast to coast in the USA 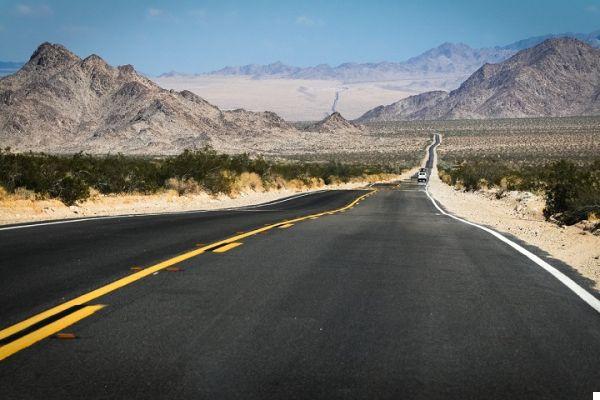 Coast to coast travel in the United States it is the ideal trip for a honeymoon in the period from May to September. It starts from the east coast, usually from New York, and you cross the USA until you reach the west coast, Los Angeles or San Francisco. The itinerary takes at least three weeks, although four would be ideal, and for this reason it is often chosen as a destination for the honeymoon, given the many days available.

The coast to coast on the road is an adventurous journey, full of emotions, with a very high degree of satisfaction, because you will discover the destinations on your own, along your journey without guides and set times. You will touch the waters of two oceans, cross four time zones and travel along roads that have made the history of the United States and that have become legend. There are two ways to use: the Lincoln Highway and the mythical Route 66. The first completely crosses the United States, touching New York and San Francisco, covering areas that are not very touristy but more authentic, the second is the panorama par excellence, and the most visited by tourists, starts from Chicago (therefore not from the east coast) and arrives in Los Angeles.

We suggest starting from New York, where you will land on a flight from Europe and continue to Chicago via the Highway, and then enter Route 66 from Chicago straight to Los Angeles. From here you can then reach San Francisco to not miss anything of the United States of America. From Los Angeles or San Francisco you will finally board the return flight to return home.

We then follow our hypothetical itinerary and land at New York, we recover the car we have diligently reserved before leaving and take a tour of the Big Apple, at least 4 days, but it would take more; if you have already seen it, you will immediately continue on the Lincoln Highway towards Chicago. Before heading on the Highway, one of the ritual stops could be the Niagara Falls, a majestic spectacle of nature. You can then start your journey to Chicago and drive Princeton, a beautiful American town that deserves a visit for its beautiful university buildings, museums and theaters. You will then continue towards Pittsburgh, a metropolis in full evolution and in continuous growth, where museums, parks, botanical gardens, panoramic points will allow you to get into the heart of the city. You will arrive in the city of the Blues, Chicago, and between modernity and technology you will discover the clubs and streets that marked the twenties and the era of gangsters. 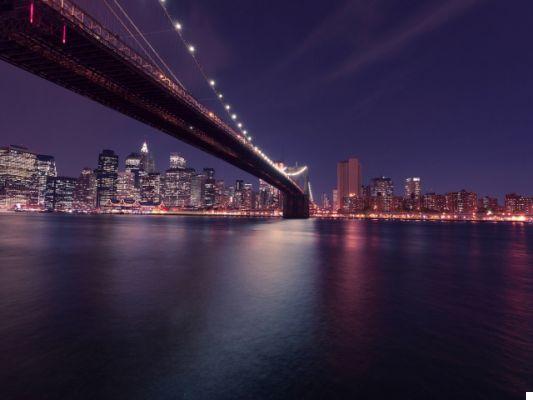 After a short stop in Chicago in Illinois, we leave again taking the legendary Route 66 to touch the states of Missouri, Kansas, Oklahoma, Texas, New Mexico, Arizona and finally of California. You will explore the scenarios of many films seen at the cinema: illuminated signs, disused drive-ins, the typical American-style motels, the memorable gas stations, the fast food on the street. You will feel like you are reliving some scenes from the most famous films. The hours, the days go by, and you will find yourself admiring deserts, prairies, mountains, canyons and forests, western cities, to reach, at the end of your journey, California among palm trees, ocean and long beaches.

Between Arizona, Utah e Nevada you can stop a few more days to delve into the Most famous parks from the United States: Grand Canyon, Monument Valley, Death Valley, Yosemite National Park. It is really worth it, you cannot leave the USA and have traveled 5000 kilometers without having seen the naturalistic beauties of the far West. 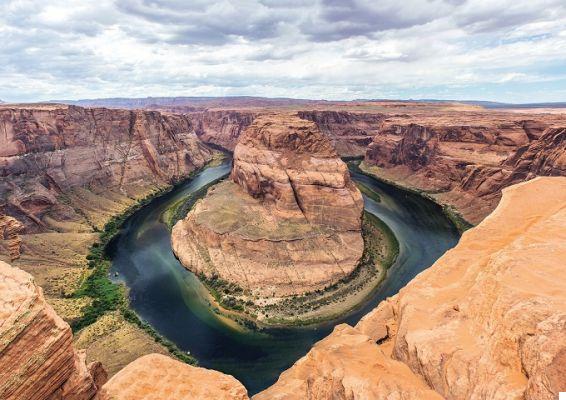 Final stops San Francisco and Los Angeles are also absolutely worth a visit. The first, San Francisco, will surprise you with its bay of the same name, the red Golden Gate Bridge, its ups and downs, the colorful Victorian-style houses, the historic Alcatraz prison. In the legendary Los Angeles, the city of angels, do not miss Universal Studios, Hollywood Boulevard with the Walk of Fame, the beach of Santa Monica and the famous Luna Park, Beverly Hills with its luxurious villas, in short, the world of cinema represented at 360 degrees.

It is clear that the itinerary we have proposed can also be covered in reverse, from Los Angeles to New York, and even by motorcycle for an even more daring adventure. 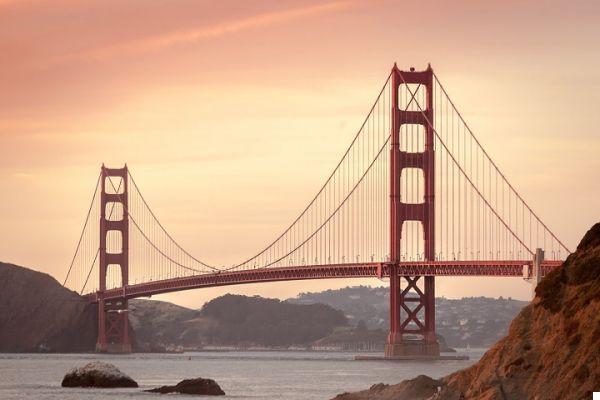 The best time for a coast to coast trip to the United States is during late spring, in the months of May and June, in the previous months it could still be too cold, especially in the places north of New York, on the border with Canada. While, during the height of summer (August in particular) it could be practically impossible to go into desert areas, such as Death Valley. It is not excluded, however, that the trip can also take place in the summer season, since there is no end of stops and things to see. Always carry clothing suitable for all seasons with you, because the distances are enormous and the climate varies a lot from east to west.

We just have to wish you a wonderful honeymoon to discover the endless paved paths that cross the States. We also recommend that you take a look at the climate that you will find at your destination, by consulting the page of United States and individual states.

Honeymoon in Australia, but when? ❯

Honeymoon: how to choose the ideal destination for your honeymoon?

After choosing your wedding dress, the honeymoon

A honeymoon in the Coral Sea

Have you decided to get married and need to organize your honeymoon?

add a comment of Honeymoon: coast to coast in the USA