Author and references
Honeymoon in Australia, but when? 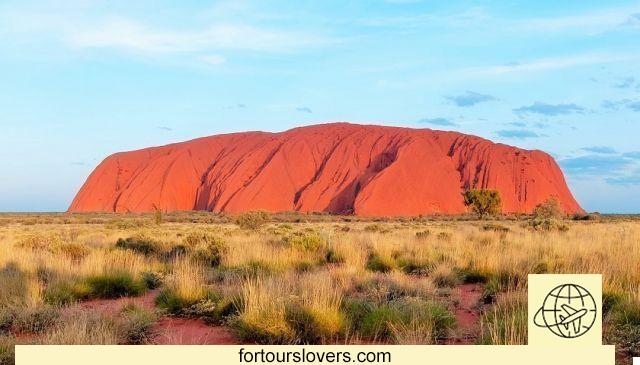 THEAustralia, that dream that each of us has impressed since childhood and that fascinates for its distance, for its wild nature, for those territories so immense and for this very reason often still uncontaminated, is the ideal destination to discover with the honeymoon. It is that land where we imagine the Aborigines walking the dusty roads in the Outback desert in search of food and water, with the sole objective of surviving nature so loving but sometimes so hard, as in the exciting story of the book "E was called two hearts ”by Marlo Morgan.

Today many of these aborigines live in poor conditions on the edges of the cities, but once they occupied these wild lands managing to survive respecting the environment that welcomed them and changing following climate change.

But when is it preferable to go on a honeymoon to Australia? The best time is our spring or our autumn. Considering that the seasons are reversed compared to ours, the months of transition between summer and winter are the months in which it is possible to travel throughout the country with ideal climatic conditions, rainfall with minimum values ​​in the year and temperatures that are not excessively high. If we exclude northern Australia characterized by abundant rainfall in the period, our winter is also fine, with Australian temperatures similar to our summer.

If you want to know more about climate data, with monthly averages of precipitation and temperatures, go to the article on climate in Australia. 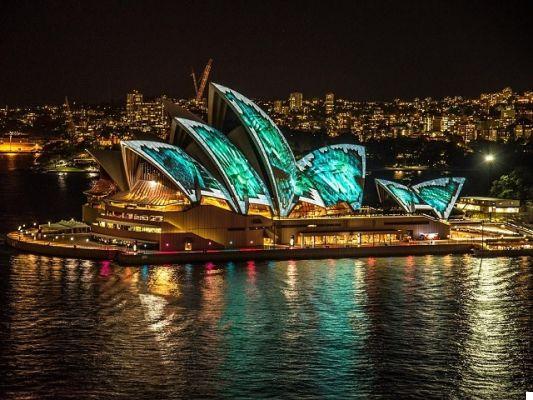 The honeymoon is the ideal time to move to these lands, to discover Australia in all its innumerable aspects: naturalistic, cultural and historical. With a honeymoon of at least two weeks, even better if there were three, you can move from cities like Sydney, Melbourne, Adelaide towards the hinterland to discover infinite landscapes and venture into the countless ones protected natural areas, and then head towards the sea to discover the Australian beaches and the wonderful, and largest in the world, coral reefs.

You can then start your honeymoon in Australia from the big cities that creep along the long Australian coast, which have now become modern and economically rich cultural centers. Developed in areas where small aboriginal villages once stood, with the British colonization between the eighteenth and nineteenth centuries, the cities of Australia have experienced commercial and industrial development becoming among the largest metropolises in the world today.

A Sydney you can't miss the Blue Mountains, a Melbourne la Great Ocean Road, ad Adelaide Kangaroo Island, from here with a domestic flight you can reach theAyers Rock, or Uluru, near Alice Springs, located in the red center of Australia with its copper-colored but iron-rich land. You can finish your honeymoon at Palm cove sitting in front of the Great Barrier Reef, the most spectacular in the world. In some luxurious and well-equipped resort you will relax in elegant spas taking advantage of the skilled hands for a regenerating massage. 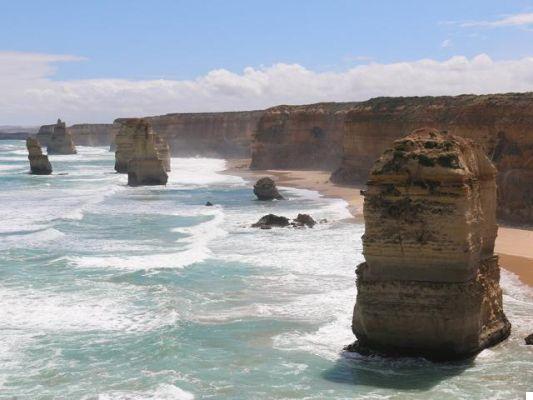 Cities have a lot to offer, each with something different. Sydney is full of events, museums, galleries, monuments; Brisbane is the arts center and gastronomic par excellence; Melbourne is the second largest city after Sydney and it is full of clubs, trendy restaurants, parks and beaches, but also Adelaide abounds with museums and Perth you will lie down in wonderful beaches frequented by surfers.

If your wedding is imminent, and scheduled for next autumn or next spring, all you have to do is run to the agency to organize your honeymoon in Australia.

add a comment of Honeymoon in Australia, but when?