Author and references
The charm of Rome during the Jubilee

Rome, the Eternal City, a UNESCO World Heritage Site, with its historic center is the maximum expression of the cultural and artistic heritage of Western Europe.

Among the sacred temples of Roman antiquity, the hundreds of Christian churches and basilicas scattered throughout its territory, the catacombs, the mausoleums, the Colosseum symbol par excellence, the numerous palaces, the noble villas overlooking wonderfully manicured gardens, the fountains and arches, Rome reserves much more for its visitors, in a virtual journey through time of over two thousand years.

Rome, the dates and places of the Jubilee

15 years after the Great Jubilee of 2000 presided over by John Paul II, Papa Francesco surprisingly announced an Extraordinary Jubilee dedicated to God's mercy, almost as if to reinforce the thought so dear to Bergoglio that "there is no sin that God cannot forgive".

Never as this time, therefore, has the profound meaning of the Jubilee been sought in general forgiveness and in the renewal of the relationship with God and neighbor. Considering the topicality of the issues addressed several times by the Pontiff (such as the reception of divorcees and gays in the Church, and even forgiveness for women who have abortions), it is expected that 25 million faithful from all over the world will arrive in pilgrimage to Rome to receive the plenary indulgence, or the cancellation of the penalties provided for sins committed.

The dates of the Jubilee

Il Extraordinary Jubilee of Mercy it will begin on 8 December 2015 (Solemnity of the Immaculate Conception) with the opening of the Holy Door in St. Peter's Basilica, and will end with its closing on 20 November 2016 (Solemnity of Jesus Christ, Lord of the Universe). 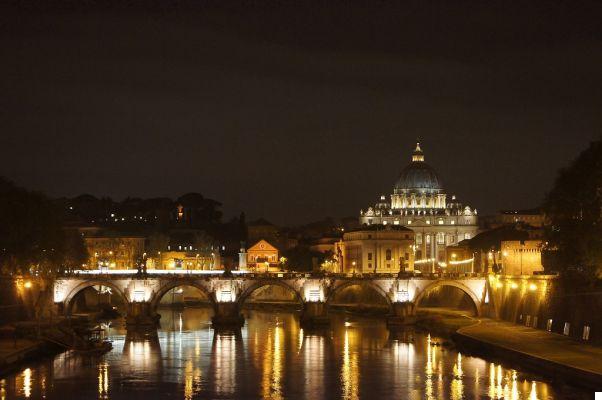 Numerous are expected within these two dates Great Events, which you find listed and described below.

19 - 21 January 2016, Paul VI Hall
Jubilee of Pilgrimage Operators
The event is dedicated to all those who are active in the pilgrimage (they will be asked to walk for a while to prepare to cross the Holy Door with a spirit of faith and devotion).


10 February 2016, St. Peter's Basilica
Dispatch of the Missionaries of Mercy

22 February 2016, St. Peter's Basilica
Jubilee of the Roman Curia, of the Governorate and of the Institutions connected to the Holy See

1 - 3 April 2016, St. Peter's Square
Jubilee for those who adhere to the spirituality of Divine Mercy.
The event is dedicated to all those organizations (movements, associations, religious institutes) that find themselves in the spirituality of Mercy.

23 - 25 April 2016, St. Peter's Square
Jubilee of Boys and Girls
Day dedicated to young people who after the Sacrament of Confirmation are called to profess the Christian faith.

27 - 29 May 2016, St. Peter's Square
Jubilee of Deacons
The event is dedicated to deacons who by vocation and ministry are called to preside over charity in the life of the Christian community.

1 - 3 June 2016, St. Peter's Square
Jubilee of Priests
The event is dedicated to priests, on the occasion of the 160th anniversary of the Feast of the Sacred Heart of Jesus.

10 - 12 June 2016, St. Peter's Square
Jubilee of the Sick and Disabled Persons
Three days dedicated to the sick, disabled people and all those who take care of them with love and dedication.

2 - 4 September 2016, St. Peter's Square
Jubilee of Operators and Volunteers of Mercy
The celebration is dedicated to the world of charitable volunteering.

23 - 25 September 2016, St. Peter's Square
Jubilee of Catechists
Three days for catechists and catechists who are committed to transmitting the faith and supporting the life of Christian communities.

November 6, 2016, St. Peter's Basilica
Jubilee of the Prisoners
This event will not only take place in prisons, but efforts are being made to ensure that some prisoners can celebrate their Holy Year with Pope Francis in St. Peter's.

November 13, 2016, San Giovanni in Laterano
Closing of the Holy Doors in the Roman Basilicas and in the Dioceses of the World

November 20, 2016, St. Peter's Basilica
Closing of the Holy Door of San Pietro
For information and details on Major Events you can consult the official site of the Jubilee. 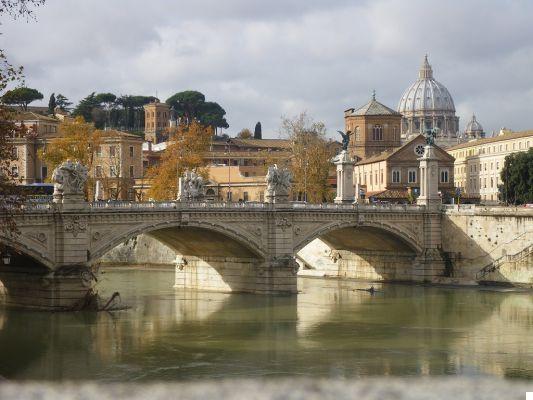 Accommodation in Rome during the Holy Year

As already mentioned, about 25 million people are expected to arrive in Rome over the 12 months. According to the Minister of Tourism Dario Franceschini “Italy will be able to welcome the pilgrims who will go to Rome for the Holy Year in the best possible way. The ministry is ready, right from the start, to collaborate for the best outcome of this Jubilee which will be for millions of people around the world an opportunity for a journey of faith and together for an extraordinary journey to Italy “.

Despite these words, according to the Consumers' Association, the costs of hotel facilities (especially in the areas around San Pietro) would increase sharply with the approach of the Jubilee. To protect all those who will reach Rome during the Holy Year, starting from 8 December the "Pilgrim Desk”(Located in Viale delle Milizie, not far from San Pietro), which can be contacted to report speculations and abuses of any kind by accommodation facilities and businesses.

The possibilities for staying in Rome are many: hotels, pensions, bed & breakfasts, hostels, religious houses, you are spoiled for choice. However, it is advisable to book as soon as possible, especially for those wishing to be present in the capital during the dates of the Great Events, and in particular for the opening day during which the maximum turnout is expected.

Notes on the climate

The city has a mild climate, with hot summers and never excessively cold winters even if rainy. The intermediate seasons are ideal for a visit to the city despite a few rainy days, considering that autumn has more pleasant temperatures than spring.

The future of travel: Sustainable and Responsible Tourism ❯

add a comment of The charm of Rome during the Jubilee