The European capitals of culture 2019: Matera and Plovdiv

Author and references
The European capitals of culture 2019: Matera and Plovdiv 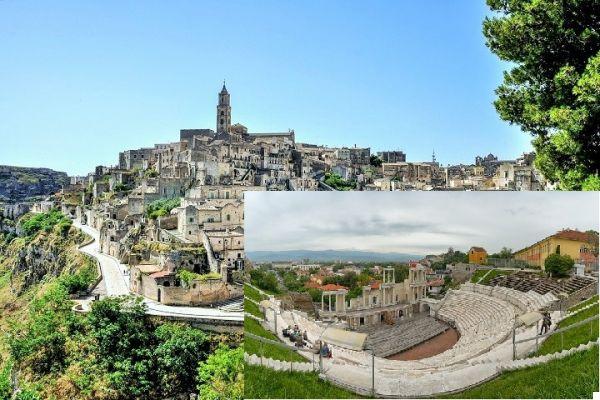 The European initiative began in 1985 and is at the center of the annual events on European culture. The project, which at its debut was known as the “European City of Culture” and concerned a single city, has expanded since 2000 and has become a larger project. With the “European Capitals of Culture” it now involves more European cities, usually two, with different cultures and distant from the artistic point of view but close in the desire to promote their beauties.

The designation has long evaluation times, up to 6 years, during which the jury is asked to consider the programs of the cities proposed by the candidate member states, and to define the required requirements, such as the qualitative evidence of cultural differences in Europe, but also the sharing of many common aspects, the participation of citizens in the life of their city and in the cultural development of their cultural and artistic heritage.

The cities that began this journey in 2013 and that have seen the confidence and honor of being part of this special ranking confirmed, for the year 2019 are: ours Matera and the multicultural city of Plovdiv in Bulgaria. 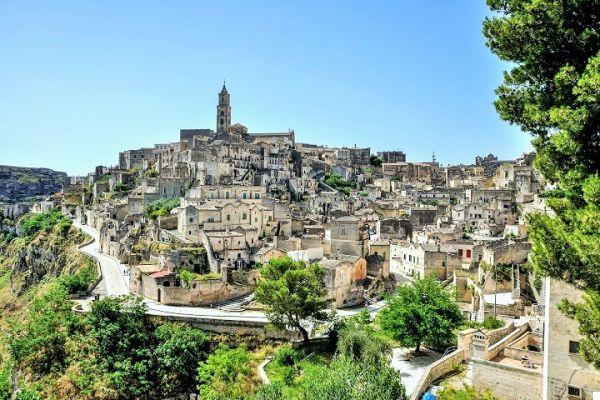 Matera is the second city of Basilicata by number of inhabitants, it is also known as the City of Stones and was named a World Heritage Site by Unesco in 1993. From the Palaeolithic age to the present day, Matera has experienced a succession of occupations at the caves of the local ravines, some of which were later consecrated from homes to churches. The city of Matera is a fusion of sacred and profane buildings that at night light up with a golden light and in the darkness of the deep valleys, similar to canyons, make it unique and mysterious. The Murgia Materana Park, in the immediate vicinity of Matera, will give you a unique historical-natural archaeological heritage, with its rock-cut churches dating back to the distant Middle Ages.

The calendar of events of Matera 2019 is full of events and the theme that unites them has a title that looks beyond the present: "Open future". A constant presence in the past, among the Sassi that have made the history of this land of Southern Italy, but with a look to the future, to the new technologies that imagine a "tomorrow" grappling with the stars and space for an application of science in the entrepreneurial fabric of our southern territory. On this page of the official website you will find all the Matera events for 2019, which involve citizens and tourists, and include shows, exhibitions, artists from all over the world, information paths, exhibitions, art installations. The Passport to Matera will allow you to attend them all at a cost of 19 euros.

From May to October the city of Matera with its Mediterranean climate gives its best and will allow you to appreciate all the initiatives organized for this special year.

The other European capital of culture 2019 is no less: the city of Plovdiv, also known as Plovdiv, the historical capital of Thrace. 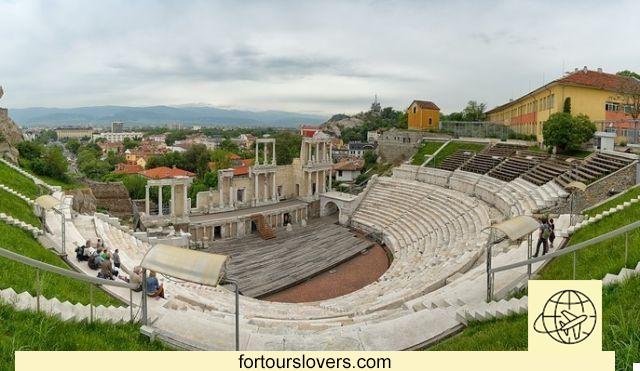 Plovdiv it is the second largest city in Bulgaria after Sofia, and has been a crossroads of peoples and cultures due to its strategic geographical position, suspended between the West and the East of Europe. The city of Plovdiv stands on a hilly area and on the banks of the Marica River, it owes its second name to King Philip II of Macedonia who renamed it Plovdiv. After the Macedonians, numerous peoples who invaded his lands followed: the Romans, the Byzantines, the Turks, alternating with the Bulgarians who eventually prevailed. The Soviet empire also took over these lands after the Second World War, writing a part of more recent history. Cathedrals, monasteries and mosques alternate in this city with a distant Middle Eastern flavor but with a Romanesque heart, which manifests itself in all its beauty in the Roman forum, thermal baths and hippodrome.

The title of the program of the 2019 capital of culture of Plovdiv is "Together" - Together - and involves the whole central-southern region of Bulgaria, with the cities of Sofia, Varna and Veliko Tarnovo through shows, projects that involve communities and that follow four main themes.
The "fusion" with the importance of integration between ethnic groups and minorities, but also between generations, the "transformation" with the redevelopment of disused spaces to which to give a new life and thus change the perception of the same, the "rebirth" through the conservation of the cultural heritage in the contemporary context and finally the "relaxation" by promoting sustainability and slow life, slow living respecting the environment. Important and ambitious themes that will lead in a year, if not to great transformations, but at least to become aware of the only possible future for humanity.


Visiting Plovdiv in the months from July to October will allow you to enjoy the sunny weather, avoid the cold of winter and the rains of late spring, in order to immerse yourself in the multi-ethnic culture of its people in complete tranquility. The planned events can be found on the official website of Plovdiv2019.

We point out the links of the sites of the two European capitals of culture 2019 where you can find all the information on the topics covered:

The tides of Mont Saint Michel in Normandy: when to go there? ❯

11 things to do and see on the Island of Elba

What to see in Brescia, my city!

Holidays in Cortina d'Ampezzo: where to sleep and what to do

Holidays in Cervia: what to see and do, where to sleep

Where to sleep in Merano: best areas and hotels where to stay

add a comment of The European capitals of culture 2019: Matera and Plovdiv