The tides of Mont Saint Michel in Normandy: when to go there?

Author and references
The tides of Mont Saint Michel in Normandy: when to go there? 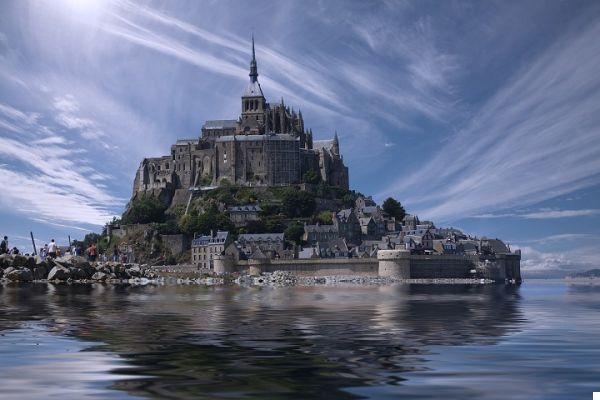 Le Mont Saint Michel is an islet large enough to contain the abbey of Saint Michel and some hotels and restaurants, and which has been a UNESCO World Heritage Site since 1979. The religious complex built on the mountain today is the seat of the monastic fraternities of Jerusalem and its construction was started in the XNUMXth century in honor of St. Michael the Archangel. The artistic style of the abbey is a perfect fusion of the Gothic, Romanesque and Carolingian styles. Inside there is a wonderful cloister where the light enlivens the central garden. The abbey complex is a continuous succession of colonnades, which stand out above all in the Sala dei Cavalieri and in the Refectory.

But the exceptional phenomenon that makes the site of Mount Saint Michel, which is 92 meters above sea level, even more magical is the movement of the tides that bring about a difference in sea level of about 14-15 meters. The islet from which the majesty of the abbey stands out undergoes a continuous and repeated isolation from the mainland through the to and fro of the sea of ​​La Manica on which it overlooks. The event occurs twice a day, in the morning and in the evening, at different times that depend on the lunar cycle and with different heights that depend on the degree of Moon-Earth alignment. Before leaving for your trip to Normandy, we recommend that you download the monthly or annual calendars with the daily tide times from the official website of Mont Saint Michel, on the tide times page.

The tides are influenced by the gravitational activity that the Moon and in part the Sun exert on the Earth and by the rotational force of the terrestrial planet. During the alignment of the Sun and Moon with the Earth, the highest tides are found, while in the periods of misalignment of the two celestial bodies with the Earth the attraction is less and the tides are very low. In the bay of Mont Saint Michel the sea does not reach the mountain during low tides, but every two weeks the waters begin to move and head towards the coast and in about 4 hours and 30 minutes envelop the mountain in an embrace that persists for a few day. The highest tides occur during the 36-48 hours following the full and new moon, are concentrated during the spring and can also be influenced by the current weather conditions. It is advisable to arrive two hours before the times indicated on the daily bulletins which include the times of the highest tides.

In this video you can enjoy a preview of the magic you will witness on Mont Saint Michel in Normandy during the period of high tides.


It is largely not recommended to venture alone in the bay, including Mont Saint Michel, due to the danger of the rising tides. During the tide of the century in March 2015 also a part of the new road that replaced the old bridge was submerged, thanks to the high level reached by the tides in a completely exceptional way for the perfect Moon-Sun-Earth alignment that occurs only every 18 years. 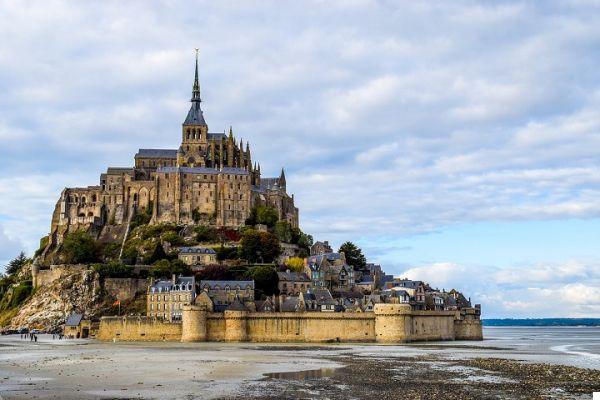 So, when to go to Normandy to see the highest tides around Mont Saint Michel? During the spring the phenomena are more pronounced, observe the lunar calendar and in the hours following the full and new moon it is the right time. Also, around the vernal equinox (March 21) the tide levels should be the highest. For those who are not familiar with lunar calendars, all that remains is to consult the guide with the daily bulletins of the official website that we have mentioned above.

White nights in the north, when to go there? ❯

Nice, what to see in one day: walking itinerary

How to get to Paris from Beauvais Airport, Recommended Hotels

When to go to Corsica, Best Month, Weather, Climate, Time

add a comment of The tides of Mont Saint Michel in Normandy: when to go there?