Visit the Parliament of Budapest: timetables, prices, how to buy tickets and tours

The Budapest Parliament is one of the best known places and one of the main attractions to visit in the Hungarian capital. It is located in the fifth district of Budapest, on the bank of the Danube, in Kossuth Lajos square, seat of the Hungarian Parliament and its institutions.

The building was built between 1884 and 1902, and it still is today the largest building in the country. The building is in neo-Gothic style, according to the architectural canons in vogue at that time, although it has some peculiarities.

It has a length of 268 meters and a width of 123 meters. The height of the building is 96 meters high, like the height of the St. Stephen's Basilica located also in Budapest, respect a sort of balance between the civil and religious world in the city. With an area of ​​17.745 square meters and a volume of 473.000 cubic meters, it is the second largest parliament in the world, behind that of Romania.

Sul east side of the building there is a memorial to the Hungarian revolution of 1956, as well as the impressive Kossuth memorial and the equestrian statue of Francis II Rákóczi.

The building today, after a long renovation, from 2012 to 2014, can be visited and certainly is one of the most important things to see during a trip or vacation to Budapest.

The main attraction of the palamento is The Crown of Santo Stefano, also known as the Holy Crown of Hungary. It was used to crown the kings of Hungary from the XNUMXth century onwards. The Holy Crown, the royal scepter and other jewels used during the coronation (with the exception of the cloak) are displayed in the Chamber.


Among other things to see: the decorations of the stairs, the Dome and the rooms around it, the Chamber of Deputies, the former meeting room of the main hall, the delegation room, the reception rooms of the president and the parliamentary library. In addition, the stained glass windows, glass mosaics and the works of various Hungarian painters are very beautiful.

The visitor center is open at the following times:

Visits to the House of Parliament are limited to the weeks when the National Assembly holds its plenary sessions. On the first day of the plenary, the building will be accessible to visitors from 8:00 to 10:00 and the ticket office will be open until 11:00.

The timetables of tour in spanish language are the following:

There are no visits on the following days:

I ticket costs to access the Budapest Parliament are as follows:


How to buy a ticket

The purchase of the ticket for the Budapest Parliament can be done online or at the entrance at the Visitor Center.

Tickets made available at the ticket office in the Visitor Center are in limited number At. Also, purchasing your ticket on the spot can take a significant amount of time.

For the visit of the parliament it is advisable to book and buy a tour organized in Spanish. The duration of the visit is approximately 45 minutes. This way you will be able to make sure you log in and avoid queues at the entrance.

To reach the Parliament it is advisable to use the Metro 2 line of Budapest or the line 2 of the tram. For both means, get off at farm Kossuth Lajos Square.

The Parliament is located in a central position in relation to Budapest and therefore can be reached easily even on foot from most of the central areas. For example, from the Chain Bridge it is about 15 minutes on foot. 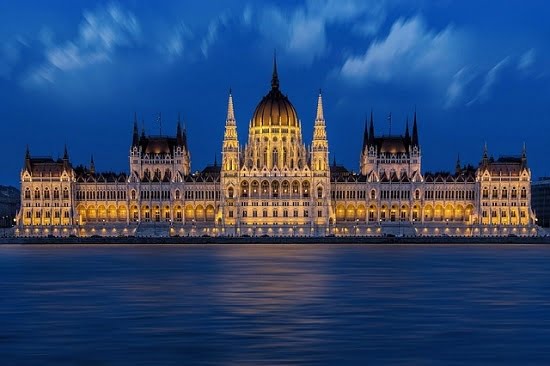 Budapest Parliament -
Visit Calabria: what to see, how to get there and get around ❯

What to See in Budapest in 3 Days: Best Itinerary

When to go to Budapest, Best Month, Weather, Climate, Time

Where to eat in Budapest: Sir Lancelot, the restaurant of the knights

Where to Stay in Budapest

add a comment of Visit the Parliament of Budapest: timetables, prices, how to buy tickets and tours