What is Ramadan and how to live it on the go

Il Ramadan it is a very important holiday for the Islamic world. During Ramadan those who practice follow a whole series of rules that the traveler who happens to be in those parts would do well if not to follow at least to respect.

Il Ramadan, a word which in Arabic means “hot month”, is, according to the Muslim calendar which is based on the lunar calendar, the ninth month of the year and is the dedicated month sawm that is to fasting. During this month, every Muslim should give up drinking, food, cigarettes or other vices, from dawn until dusk.

The frequency of this period is not fixed and has a duration of 29 or 30 days. Ramadan ends with the Eid al-Fitr holiday and the beginning of the following lunar month.

Ramadan is therefore the month of fasting and prayer and is one of the 5 principles of the Islamic religion:

During this period, the faithful abstain from food, drink, smoking, and sexual intercourse. sunrise until sunset, after which we indulge in a good meal (iftar) with dates and other delicacies and you can party until the next dawn: the streets are filled with life, lights, music and sweet culinary temptations.

All this until dawn when fasting is resumed. 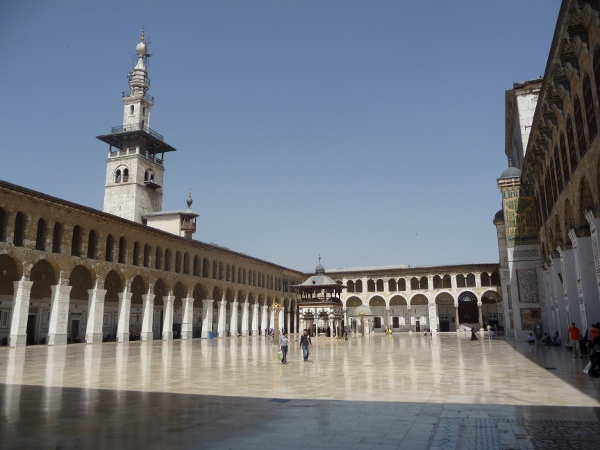 The wonderful Umayyad Mosque in Damascus

In addition to fasting from dawn to dusk, the month of Ramadan involves other obligations such as that of giving charity to the poor and of prayer.

Since it is considered a month of abstinence and purificationboth physical and moral, the faithful are obliged to avoid even bad deeds, lies, slanders and quarrels.

Not everyone is required to observe these rules: children, the sick, the people traveling, pregnant or breastfeeding women can refrain as long as they do works of charity and charity.

The month of Ramadan ends when the next month's new moon rises, which is called Shawwal, and is greeted with a large three-day party (Id-al-Fitr) where friends and relatives meet with exchanges of gifts, family lunches and elegant clothes.

How to experience Ramadan on the go

Despite the fact that the traveler can abstain from Ramadan, it is not only right but essential to respect this moment by trying, for example, to eat and drink without being seen during the day.

It is also advisable to maintain a respectful attitude by avoiding kissing and hugging on the street (this in general in Muslim countries is better not to do it even at other times of the year, not just during Ramadan).

If you really can't resist you can eat or drink something indoors, perhaps in your hotel room and avoiding alcohol.

Traveling during Ramadan is however quite difficult as it also involves many, if not all, commercial activities: many restaurants or are closed or have reduced hours, so it is useful to act accordingly.

Public transport should also be avoided: in addition to becoming less frequent, drivers who observe Ramadan may have problems driving (not only for fasting, but also for night parties).


During this period, however, the traveler could be lucky and receive an invitation to a family party, it would be good to accept because a refusal could offend the new friend: by accepting his invitation, in fact, the traveler will honor his home and the spirit of Ramadan. . You can then return the courtesy by practicing the zakat, that is, giving charity to someone in need. 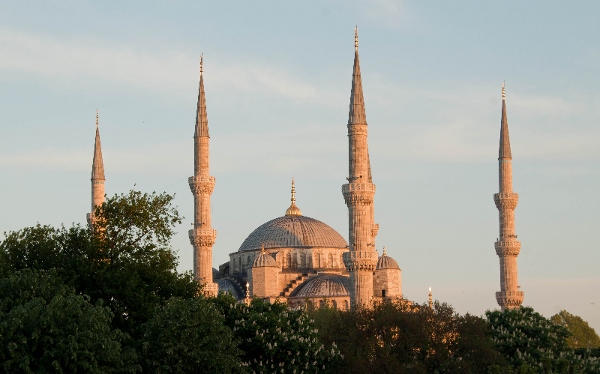 The Blue Mosque in Istanbul

Another good thing is, during this holy month for Islam to know how to say "Happy Ramadan" (Ramadan Mubarak) and always respect the moment of prayer: in addition to the usual five daily prayers, in fact, a special prayer is added. Taraweeh (night prayer).

Is it worth traveling during Ramadan? It depends, you have to know how to adapt. If, in fact, giving up lavish lunches at the restaurant and finding many shops closed for shopping can become a little annoying, the night markets, parties and the spirit of the community at this particular time of the year will surely compensate for any inconvenience.

What to do in Nusa Penida, Beaches and Unmissable Experiences ❯

Visit Volubilis in Morocco: how to get there and what to see

Ouarzazate: how to get there, where to stay, what to see and do

Trip to Morocco: 12 days on the road itinerary

What to see in Morocco: cities and destinations to visit

Gorges of Dades and Todra in Morocco: between the rocky walls of the Atlas