Iceland is the dream destination of many travel, adventure and nature lovers.

It is a boundless land, full of breathtaking landscapes and a destination for those who love to stay quiet, savoring the essence of the journey itself through a destination of a thousand and one nights. 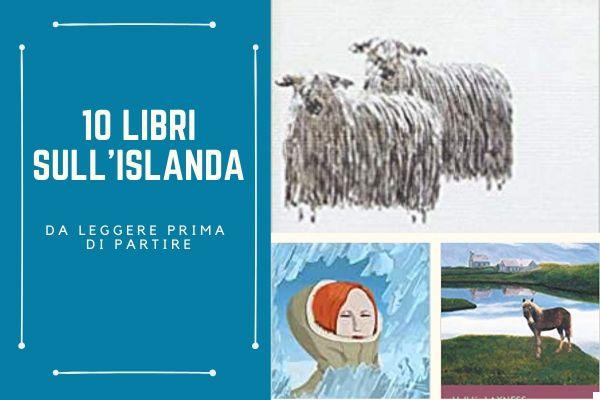 Iceland, in the middle of the Atlantic Ocean, between Greenland and Great Britain, is located in the northernmost Europe, that part of the continent where nature far exceeds the population density: just think that this nation is one of the most which have fewer inhabitants than the whole old continent!

If you are planning a trip to Iceland or if you dream of doing it but you still can't leave, I recommend some reading: a good book dedicated to this beautiful land will guide you for your trip, it will prepare you, it will allow you to immerse yourself in many aspects. of local culture and traditions.

Here are, for you, ten books that I would like to recommend to make Iceland not only your next travel destination, but to allow you to savor the emotions you will experience once on the island even before leaving.

Are you ready to leave for Iceland browsing some or all of the ten books I am about to recommend?

1. The Icelandic pastor of Gunnar Gunnarsson

This book, in addition to being famous in Iceland, has been successful all over the world for its narrative simplicity in dealing with important existential issues.

It is often compared to the Dickensian Christmas Carol, so close to the spirit of Christmas to the desire to reunite with oneself and with the rest of the world.

The protagonist, Benedikt, every first Sunday of Advent each year, celebrates the most anticipated time of the year in his own way: he ventures into the cold, icy and snowy Icelandic December to retrieve the sheep lost during the gathering at the end of autumn.

Every year, accompanied by his faithful four-legged friend and a ram, he faces the winter to make this gesture of extreme benevolence towards animals and in full compliance with the rules of nature.

It is precisely in this period of the year that Benedikt, in complete solitude and facing desolate landscapes, reconciles with the rest of the world, thinks about the existential themes on which man questions himself and splits the relationship between man into a single and exemplary rite - nature - animal.

A Christmas story with a fairytale flavor that, however, makes adults think so much.

2. Summer light and it is immediately night of Jón Kalman Stefánsson

When reading about Iceland there is often a recurring theme: loneliness. You want the low population density, you want the boundless territories, you want the arrogance of nature that imposes itself on man, often loneliness is the master in this northern land.

In this novel, loneliness is reinterpreted as a starting point, as the starting point to immerse yourself in the most authentic emotions of man, all experienced in a remote village in the heart of Iceland where very few hundreds of people live.

Each personal story, each story described with poetic narration, focuses on the main characteristics of the human race, its vices, its contradictions, perplexities and deep existential doubts.

The solitude of a tiny center that makes you think, that raises questions to think about. But isn't it precisely in the places where everyday life is downsized that the greatest questions are?


Many personal stories await you in this book, to reflect and also to smile.

⇒ See SUMMER LIGHT AND IT'S NOW NIGHT on Amazon

3. Legendary Atlas of the Roads of Iceland by Jón R. Hjálmarsson

This famous atlantean it will make you travel, even if only with your imagination, the streets of Iceland and its territory surrounded by unspoiled nature, acting as a real guide for your journey, real or only with your thoughts, on the island.

The path that you will face while reading this atlas is, as the title underlines, "legendary": inside, in fact, it contains the most famous stories, the most famous myths and the best known legends about Iceland, a land so pristine as it inspires the most bizarre characters and the most amazing adventures.

Spirits, elves, trolls and daring explanations on the existence of this or that natural phenomenon will make you discover this wonderful and fascinating land, giving a touch of irony and magic to your journey.

Inside the atlas there are maps, itineraries, images, curiosities and historical notes, to offer you a complete panorama of Iceland in all its facets.

⇒ See LEGENDARY ATLAS OF THE ICELAND STREETS on Amazon

4. The greatest writer of Iceland by Helgason Hallgrimur 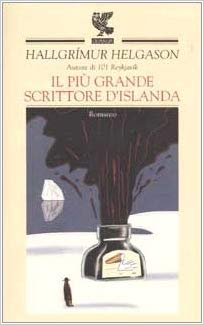 A fictional story that has, as a backdrop, the Icelandic countryside of the XNUMXs.

A man, awakened fifty years after his death, not only finds himself catapulted into the future, but also discovers that he is a very famous writer.


From his novels, from his settings and from his characters, Iceland itself comes to life and is created as a work of art by his literary genius, becoming a combination of reality and illusion in which the protagonist will have his work cut out, discovering himself as an author. of his own reality and main character of his "living" novel. 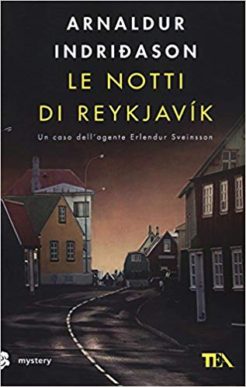 If you are mainly curious about the capital, this novel, with a noir flavor, is the one for you. The setting is Reykjavik at night, from the suburbs to the affluent neighborhoods, described in great detail.

The protagonist is a young policeman who, eager to explain an unusual doubt, firmly believes there is a connection between the death of a tramp and the disappearance of a wealthy lady.

Although apparently all is very unlikely, Erlendur begins to investigate improvising detective and sifting through the capital to find evidence, clues, questioning people and carrying out their beliefs, wondering about the existential doubts that distinguish mankind.

⇒ See THE NIGHTS OF REYKJAVIK on Amazon

Staying in the field of fantasy and the like, before embarking on your trip to Iceland you could read this book dedicated to local fairy tales.

This nation, as you may have understood, has been an inspiration for fantasy stories, myths and various legends, so it will not be difficult for you to find a place where "the legend says that ...", a particular rock "on which it is thought it happened ... ”And many other narratives.

In this volume, which collects stories of ogres, witchcraft, elves, castles, dragons and so on and so forth, you will feel even more connected with this land rich in imagination and solitude, with its overbearing nature and with the imagination it gives it has always characterized the Icelandic soul.

7. The Heart of Man by Jón Kalman Stefánsson

A novel immersed in nature and in the reality of the tiny villages that you can find in Iceland, a story that tells of friendship, love and that places the heart at the center of everything, the heart harbinger of emotions and love.

A journey of solitude towards the understanding of love itself, observed in as many different forms as there are characters that the protagonist meets during his existential journey.

A nature that, once again, is placed at the center and that allows you to question the depths of the soul, which proves to the protagonist himself how essential it is to live your life to the full.

The narrative unfolds in Iceland's boundless lands to immerse yourself in the deepest questions of the soul.

⇒ See THE HEART OF THE MAN on Amazon

8. The Icelandic campaign by Halldór Laxness 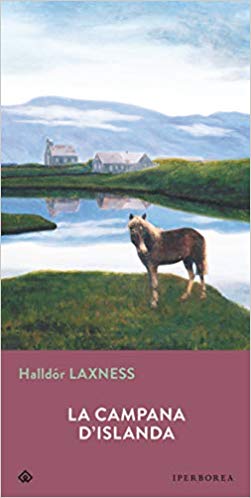 Written by the Icelandic Nobel laureate admired and praised by the world literary panorama, this novel, set at the end of the XNUMXth century, features a peasant - poet who is accused of murdering the king's executioner, the splendid daughter of a powerful man and a scholar of the time.

An intertwining of stories and adventures that makes the three protagonists heroes of their time.

The Icelandic struggle for autonomy from the kingdom of Denmark is the backdrop in an intertwining of fantastic stories and true history, with the mastery that only an expert storyteller like Laxness can give.

A story to read to learn some historical notes on the island while enjoying a fictional narrative at times subtly humorous and fantastic.

Laxness deserves to be mentioned once again with Seven Wizards, a collection of tales all set in the beautiful lands of Iceland.

This compendium collects eight short stories that tell fantastic and unique stories, which cross the entire nation passing through the capital, having as protagonists simple people able to perform extraordinary feats.

A mix of history, everyday life, myth and legend, a real mix of tradition and current events in eight splendid compositions steeped in Icelandic culture whose fil rouge is literally magical.

10. All the solitude you deserve - Journey to Iceland by Claudio Giunta 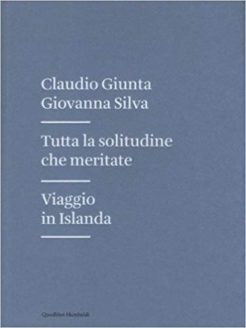 This book is the story of a journey, a journey to Iceland, in fact.

It is a journey that starts from the capital and ends in the capital itself, which develops in all Icelandic lands, from glaciers to volcanic lands, from wastelands to small urban agglomerations, meeting people and appreciating their natural availability towards others.

This journey turned into a book was made by Claudio Giunta, the author, and by Giovanna Silva, author of the photographs contained in the book itself.

It can be defined as a travel report, almost a diary of notes and images to discover the wonderful Iceland with one concept, in particular, brought to the reader's attention: loneliness.

It is precisely in these apparently isolated and desert lands that the author has learned to appreciate solitude and to enjoy it on a holiday in the month of May.

⇒ See ALL THE SOLITUDE YOU DESERVE on Amazon

These are just some of the books that you can read about Iceland, but they are very interesting both to try to understand the local culture, based a lot on myths and legends, and to understand how much the Icelandic population makes their solitude dedicated to understanding the soul. human.

10 ways to make money with a travel blog (for real) ❯