Not by chance Islanda is called the Land of Ice and Fire: its territory is dotted with volcanoes, there are more or less everywhere, but if you along the Ring Road it would be a shame not to stop to climb the small (now extinct) volcano of Grabrok, especially for the view from the top of the crater. 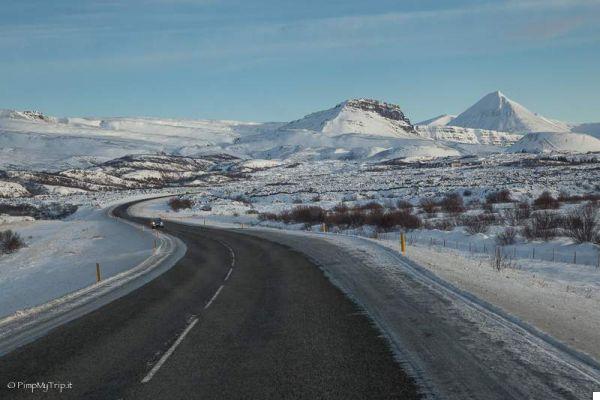 The Ring Road in Iceland, heading to Mathieu's hotel and Grabrok volcano!

We decide to visit Grabrok, near Bifrost, practically by chance: I was convinced that I wanted to explore the West Iceland to discover the places where they were born (and where they live again) Viking sagas and this small but perfect volcano seemed to me an excellent place to stop on my way back from Snaeffelsness Peninsula. 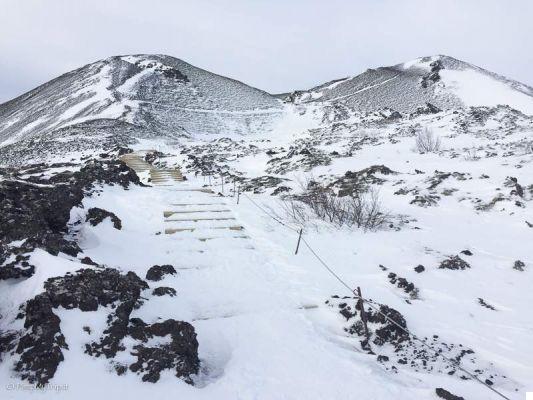 You can climb the volcano following a marked path that from the Ring Road in less than half an hour leads to the top of the crater from which you can enjoy a spectacular view of Borgarfjordur. 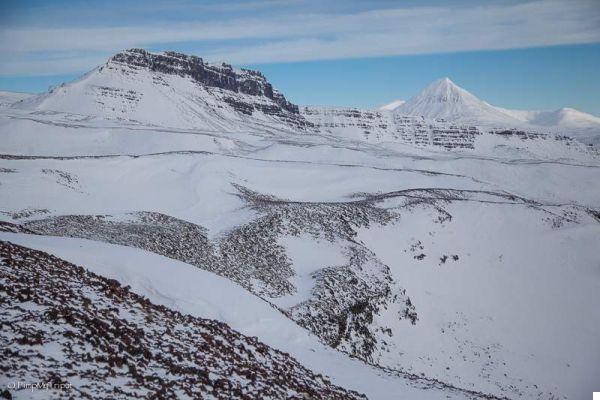 A glimpse of the panorama from the Grabrk crater, too bad we can't show you a 360 degree panoramic view!

But not only that, at the foot of this little gem of a volcano there is a hotel / restaurant that is one of my favorite places for the atmosphere that makes you feel not a guest, but a friend who arrived here after a long travel: theMathieu hotel and restaurant 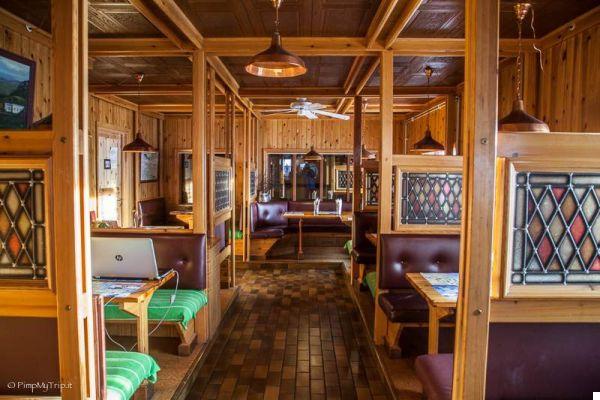 Mathieu's hotel-restaurant isn't bad, is it?

Traveling is beautiful and seeing new places is exciting, but in the end I believe that meetings are the best thing about our wandering around the world because they are the ones who manage to make any trip unique and unrepeatable. 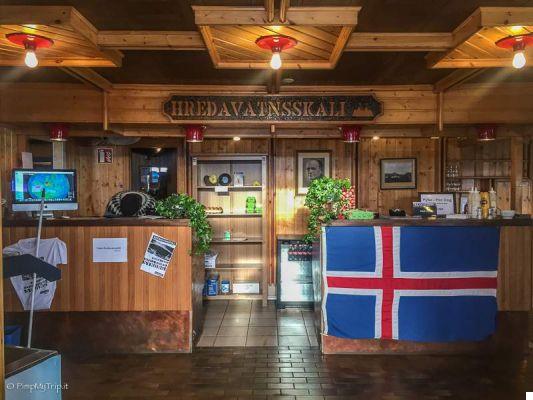 Where to eat and sleep low cost on the Ring Road? Mathieu's hotel is a great choice!

And I think I will never forget the meeting with Mathieu. Mathieu is one of those people who have a lot, but really a lot to tell about his life. Great traveler, he has lived in many parts of the world, you could even spend a whole week listening to his stories. 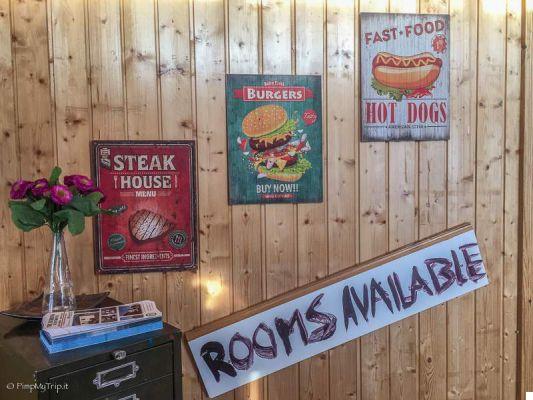 By the way, the Mathieu hotel is an excellent choice especially for those looking for a good standard accommodation at a price low cost. Although we were in a camper (and I would do it again 1000 more times), after a few days I felt the need to take a shower, eat in a restaurant and relax with a real room: Matthew's hotel is simple but extremely cheap, very clean and above all they eat the best noodles in all of Iceland. 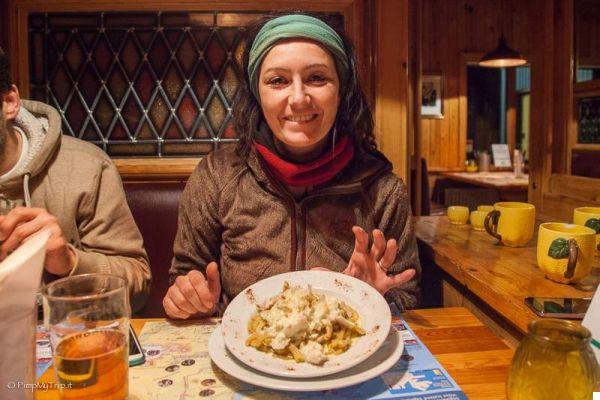 The best noodles on the island, when I think back it makes me water, even for vegetarians!


After a delicious dinner (as a vegetarian in Iceland I had some difficulties) we sat down with Mathieu to hear him talk about his life. We spent hours drinking beer, talking about the Northern Lights, traveling and… noodles! Yes, because Mathieu's noodles are handmade by him and all the dishes he offers at his restaurant are his creations and the result of his culinary flair (and if I liked the pasta, it means it's worth it). 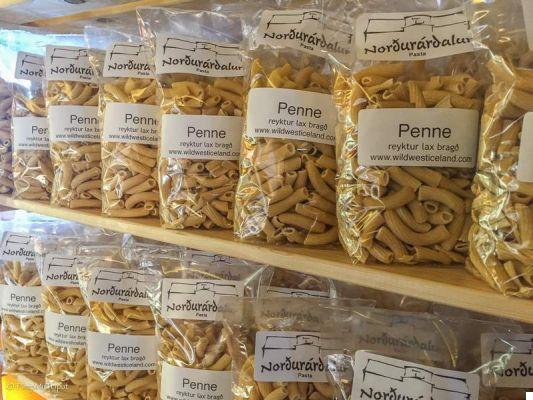 Mathieu products for sale, all homemade!

A small market has also been set up in the hotel where Mathieu sells his handicrafts, where you can buy some souvenirs, but not only: in Mathieu's projects there is also the setting up of an area entirely dedicated to children, in which they will be able to play and watch cartoons, while their parents enjoy their lavish dinner.

The hotel in Mathieu is therefore a great choice for sleep low cost on the Ring Road if you are traveling between Reykjavik and Akureyri, as well as being the ideal base for visiting the volcano, Glanni waterfall and to the lake of Hereðavatn (don't ask me how to pronounce it). 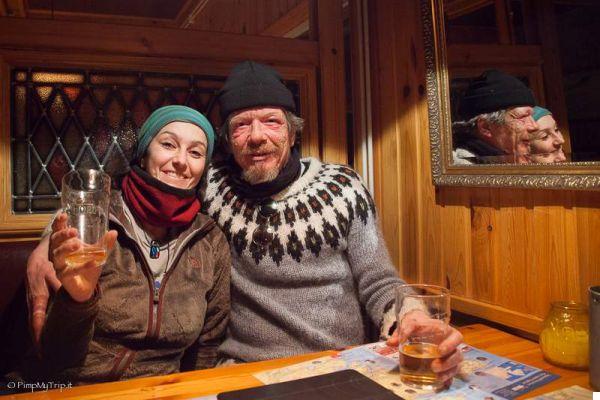 Me and Mathieu, during a special evening in his restaurant

Furthermore Mathieu participates in the Workaway project for those who want to live while traveling and intend to stop and work for a few months in Iceland.

When to go to Iceland, Best Month, Weather, Climate, Time

add a comment of Secrets of the Ring Road: The Grabrok volcano and the meeting with Mathieu