How to organize your visit to Stonehenge

Are you thinking of organizing one visit to Stonehenge, the perfect day tour from London? Find out everything you need to know about visiting this magical 5000-year-old destination! 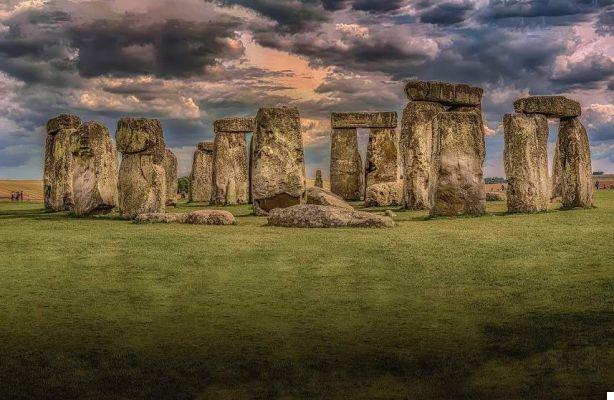 During our umpteenth visit to London (we have a very dear friend who lives there so we visit him at least once a year) in order not to spend the whole day seeing the same things again, I asked Massi what we could do.

"Why don't we go to Stonehenge?" He proposed me.

It seemed like a great idea so we planned our visit down to the smallest detail.
If you want to visit Stonehenge, keep reading this post and, if you have any questions, just let me know!

Visit Stonehenge: how to get there

Stonehenge is located approximately 150 km from central London. So close, but not very close. However, visiting Stonehenge is very feasible from London in 1 day.

Stonehenge can be reached either by public transport (expensive and not convenient) or by car, or with an organized tour (the best choice and there are many).

By public transport: Buses and trains

There are no buses or direct trains from the capital of England. In both cases it is necessary to make a change in Salisbury.
My choice would surely fall on the train: it takes a lot less from London to Salisbury, 90 minutes.

The train leaves from London Waterloo station several times a day (inquire about timetables) about every half hour from 6:30 in the morning onwards.

Visiting Stonehenge by public transport certainly gives you the freedom to decide how long to stay on the site, but keep in mind that you don't save much compared to organized tours that are more comfortable and that for the same price, in addition to direct transport, have included a guide .

The way we have chosen. Easy because having a friend who lives in England we didn't have the problem of renting a car, nor of driving on the left (except for those who can).

However, if you have no problems with driving on the left and you are in a group of 3 or 4 people, driving to Stonehenge is not a bad option and certainly saves you a bit.

This is one of the ways ever more comfortable and cheaper to visit Stonehenge from London. There are many and just in case. There are also tours that only include bus transport and site entry.

The vast majority of those who choose a organized tour However, take a tour that includes a visit to the surroundings in addition to Stonehenge, thus combining Stonehenge with other places such as Bath for example or medieval Salisbury.

I most popular tours and best-selling are tours that include Stonehenge and Bath or Stonehenge, Bath and Windsor Castle, but there are many more. Take a look at the link below to get an idea of ​​the various options:

See all tours from London to Stonehenge

If you arrive without a ticket and there are no more tickets, you cannot enter.

You can buy your ticket online here

Stonehenge is open all year round except Christmas Eve and Christmas Day!

I Stonehenge prices they change if you take a single or family ticket.

If you purchase the card as a member ofEnglish Heritage, you have free entry, but here too you have to book your ticket first. The card gives you free access not only to Stonehenge but also to other sites of historical and cultural interest. Found on the English Heritage website all information on the membership card. 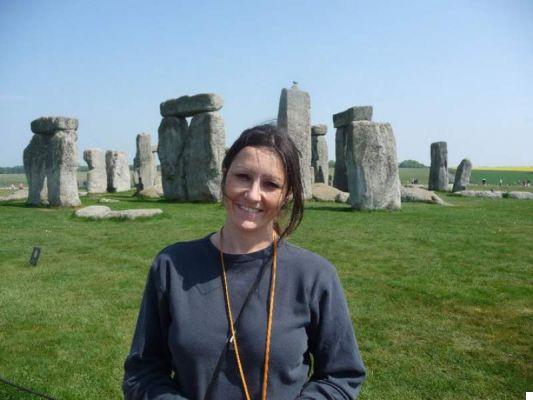 Me on my visit to Stonehenge

A bit of history

Although the Stonehenge monument is thought to have been completed around 1600 BC, there is archaeological evidence to suggest that the plains surrounding the site were occupied by humans as early as 8000 BC.


The great mystery surrounding Stonehenge is what its meaning was.

In 1965 a British-born astronomer by the name of Gerald Hawkins speculated on the astrological significance of Stonehenge. He found (and wrote in his book Stonehenge Decoded) that the main alignments of the site pointed towards the extreme positions of the rising and setting of the sun and moon on the horizon.

He concluded that Stonehenge was a megalithic astronomical observatory with an accurate calendar based on the movement of the sun and moon in the sky. Since then, the site has been considered a place of great historical and spiritual importance for many people.

What to see in Stonehenge

When we arrived at Stonehenge we were honestly a little disappointed: it is not possible to access the circle of stones, but you can only observe it from behind the barriers and walk along a path that goes all around. A pity, but evidently someone climbing on the rocks risked getting hurt.

Until recently there were tours with restricted access to access the club, but lately I have not found any and they are not even mentioned on the official website. Try to find out when you are in London if they still exist.

The stone circle itself is not that impressive to see, but it is impressive to think that these rocks, some weighing up to 50 tons, were transported during the Neolithic from the quarry site to here, about 30 km away.

The huge rocks strategically placed and stacked, bring many questions to mind.

How did they lift such heavy stones without the use of modern machinery?

How were they able to strategically position them to adapt to solar and lunar movements throughout the seasons?

Why was man so fascinated by the sun and the stars and how could they make such accurate calculations of the seasons through the placement of such stones?

The theories on its construction or its purpose are many and often the scientific community has found itself split on the various hypotheses: certainly, exactly like the Pyramids of Giza, even Stonehenge is still shrouded in a mysterious aura.

To feel even more the charm of Stonehenge, in Visitor Center has been set up a museum with exhibition space: through a powerful combination of avant-garde audiovisual experiences and ancient objects, the visitor is led to the discovery of this magical place.

And if you had a bit of bitterness left in your mouth for not being able to get close to the circle of stones, this could let you pass: with the 360 ​​° audiovisual view you can stay in the middle of Stonehenge both in summer and in summer. in winter and see the seasons go by!

The museum also displays over 250 archaeological objects and treasures on loan from nearby Salisbury and Wiltshire museums: jewels, pottery and tools and… people! In fact, based on some human bones found at Stonehenge, the face of a man of 5.500 years ago has been reconstructed.

Consider visiting too Salisbury e Avebury they both deserve.

I want to make particular mention to the Salisbury Cathedral and Old Sarum, located on a hill above the city, where there is evidence of occupation in Salisbury dating back to 5000 BC.

Just 31km north of Stonehenge, Avebury represents another important stop on a trip to Stonehenge. However, keep in mind that it would be difficult to see Avebury, Stonehenge and Salisbury in one day.

Stonehenge, Where to Sleep? 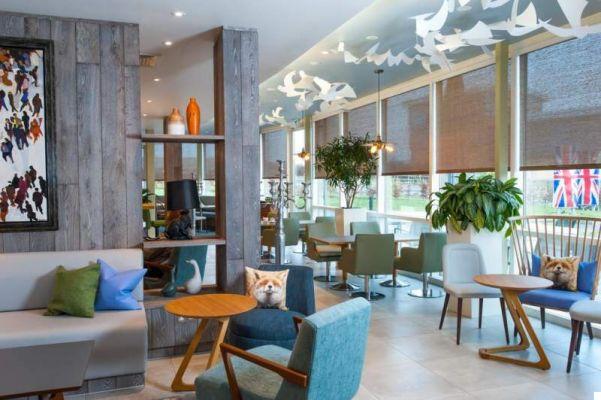 If you plan to sleeping in Stonehenge, here you will find some suggestions nearby.

Just a couple of kilometers from the stone circle is theHoliday Inn Salisbury-Stonehenge, a four-star hotel on the edge of Amesbury that has excellent reviews on the web. The hotel offers a “Stonehenge Experience Package” which includes lodging, site admission and dinner at the Solstice Bar and Grill on site.

For other accommodations, campsites, bed & breakfasts and family-run guest houses, in Salisbury (which is nice and worth spending a morning there) there is a decent choice. Book early if you want to find something cheap enough!

At the link below you will find all hotels near Stonehenge:

add a comment of How to organize your visit to Stonehenge