London is one of the best destinations in Europe and hosts the main attractions of Great Britain: theWestminster Abbey Tower of London, the Royal Observatory of Greenwich… just to name a few. Fortunately, some attractions are free, but many other major attractions are not. Indeed they are quite expensive, and if you want to visit some of these monuments without spending too much, you will need the London Pass.

What is the London Pass?

The London Pass is a magnetic card that grants its holders free entry to London's top attractions. There are several options to choose from based on the length of use (1, 2, 3, 6 and 10 days) and pass holders can access all the tourist attractions included in the pass they wish to visit, without paying.

The London Pass is the first e London's premier tourist pass and in our opinion the most complete to visit the city. Here's what you need to know to fully understand how this pass works and if it's worth it.

The London Pass and its options

Whichever London Pass option you choose, you get the same benefits, only the validity period of the pass changes. You can buy the pass online by choosing the duration: 1, 2, 3, 6 or 10 days. The longer the duration, the more the price increases.

In addition to the different duration, you can choose to combine the London Pass with the Oyster Travelcard, an electronic card that can be used on the entire London public transport network: on the underground, bus, DLR (Dockland Light Rail) and surface trains.

Then you can choose to buy the pass:

Benefits of the London Pass

As for the benefits of using the London Pass:

How much does the London Pass cost

As for the price of the London Pass, at first glance it seems expensive, especially compared to other cities where the passes cost an average of 30 to 70 euros.

The price of the pass starts at around 86 euros. This price increases based on the number of days and if you add the electronic card for transport.

However, looking at the price of London's top attractions, you quickly realize that it is not the London Pass that is expensive, but the overall cost of living in London ... Don't make the mistake of believing that this pass is too expensive. , you risk repenting on the spot if you start paying for visits separately.


To better understand its convenience, here are some examples of London attraction prices:

Once you have seen the prices of the main attractions, you realize the advantage of using the London Pass.

There aren't many cities in the world that offer such a variety of passes as London. In fact, there are at least 4 different passes to visit the city.

The London Pass was the first pass for London and is the main pass for city tours. Later the list was enriched by the following passes:

All passes to visit London can be purchased online.

To visit London, you can choose between different passes and for each of them there are different options:

Making a comparative table of passes to visit London would be really difficult. For the London Pass alone, taking into account the duration and the Oyster Card option, there are more than 12 different fares.


Finally, each pass offers different benefits, so it wouldn't be fair to just rely on price.

What other London passes offer

As we said earlier in this post, there are several passes to visit the attractions of the city.

The London Explorer Pass is available in different packages, with 3, 4, 5 or 7 visits included. Additional visits to the chosen formula are not free.

The validity period of the pass is 30 days. While this may sound advantageous, there is little chance that you will stay 30 days in London.

This London pass cannot be combined with the Oyster Travelcard which you will need to purchase separately when you arrive in London.

The London City Pass has a different logic than the 2 previous passes. It is available in 3 different formulas:

On every London City Pass ticket you can add the Oyster Card option. An advantage over the London Explorer Pass.

The different formulas include certain visits and, in some cases, it is necessary to choose between 2 attractions. For example, the STARTER and CLASSIC passes allow you to choose whether to visit the Tower of London or Kesington Palace. If you want to visit both you will have to pay one of the 2 ...

The BEST is a little more complete, but its price (around 160 euros without the Oyster Travelcard) is not cheap compared to the London Pass.

Finally, there are major London landmarks that they are not included in the various forms of the London City Pass such as Westminster Abbey or Tower Bridge. Or some of the included tours are not of interest to everyone like the Wimbledon Lawn Tennis Museum or Madame Tussaud ...

The iVenture Card London, the ultimate London tourist pass, is similar to the London Explorer Pass. You can opt for a package of 3, 5, 7 or 10 visits included.

The advantage over the London Explorer Pass is that we can add the Oyster Travelcard option as for the London Pass.

However, the fares are higher than the London Explorer Pass. However, it remains a good pass to visit London.

Is London Pass the best pass to visit London?

In our opinion yes, the London Pass is the best pass to visit London. In fact, this pass is truly comprehensive and includes a large number of attractions.

In addition, one of its main advantages is its modularity: you can adapt the length of the London Pass to the length of your stay or to the number of visits you want to make in London.

In addition, the ability to connect the Oyster Travelcard is an advantage because this transport card is essential for a tourist stay in London.

Attractions not to be missed!

The London Pass is truly a comprehensive city pass that covers the vast majority of London's attractions. And above all, this pass covers essential visits, the ones not to be missed on a first trip to this city.

Here, according to us, visits to do absolutely on your first trip to London.

In addition to these there are many other activities or visits that you can do that are covered by the pass, such as la London Eye, Windsor Castle or London Zoo.

Unfortunately, no London pass allows access to Harry Potter Studios Tour. In fact, visiting the Harry Potter studios is often among the top things to do on a first trip to London.

The visit to Harry Potter Studios costs almost 100 euros with the transfer from London. Quite expensive, as is often the case in London, which is why the tour is not included in the city pass. In fact, it would significantly increase the price of the London Pass or other sightseeing passes making them much less affordable.

If you plan to purchase a city pass and wish to visit Harry Potter Studios, you will need to purchase the ticket in addition.

Could it be interesting for you 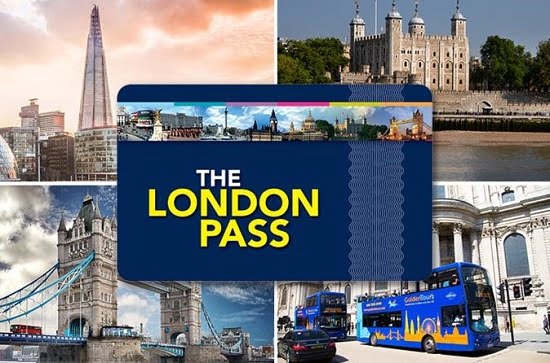 Lonely Planet lists the 10 countries to visit in 2018 absolutely ❯