Mauritius in love: the honeymoon

Author and references
Mauritius in love: the honeymoon 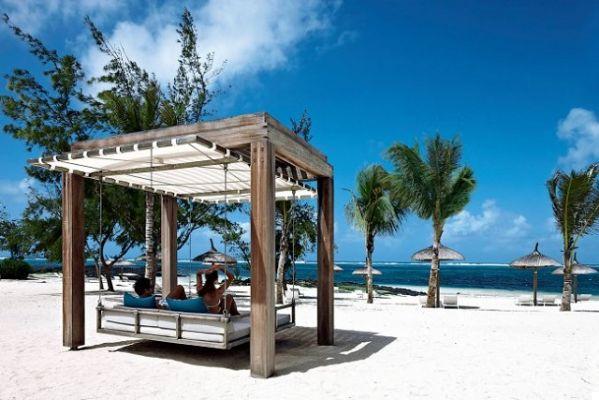 Scegliere Mauritius as a destination for your honeymoon? Why not! It is one of the most sought after destinations to fulfill the dream of many newlyweds. And we explain why. It takes about 11 hours of flight, but like many overseas trips, upon arrival you will be rewarded for the long journey, by a unique beauty and atmosphere. The nature of this island is its strong point. In addition to the white beaches and the crystal clear sea, there are lush vegetation and paradisiacal landscapes that await you and that have inspired many artists, writers, poets and adventurers over the past centuries.

On the route of the Indian Companies between the seventeenth and nineteenth centuries, in fact the island of Mauritius was one of the fundamental stops for the tea trade. It subsequently experienced the colonization of the Portuguese first, then the Dutch, the French and finally the British. Thanks to these influences, a plurality of languages ​​and cultures still dominates this island which represents a piece of Africa to which it belongs and from which it is separated from Madagascar. Chinese and Indians in search of work and fortune also came to Mauritius from the east; traces of these peoples remain today in the facial features of most of the ethnic groups present on the island. The characteristic sides are found in the chocolate color of their skin, in the eyes as dark as hazelnuts but also in their friendliness in helping others, including tourists. The mixture of cultures is also found in art and religion with a Hindu majority. The main religious buildings in fact reside in the most varied places and not necessarily in the homonymous ethnic district, but they coexist together without difficulties and complications. This is very rare in the rest of the world.

Mauritius is the island of coral trees that are covered with a coral red mantle during flowering and you will see them everywhere. On the beaches the casuarinas shade the bathers: a kind of very tall maritime pine with long flowing branches full of needles. And then you will discover palm trees, coconut trees everywhere.

The plants that grow on the island are found magnificently cultivated at the Sir Seewoosagur Ramgoolam botanical garden, better known as the Pamplemousses garden, one of the oldest and best in the world, where many plant species, endemic and otherwise, live. Enchanting are the giant water lilies, the fragrant orchids, the slow-growing talipot palms, which after 30-80 years of life produce a unique but spectacular flowering and subsequently die. In the luxuriant garden there is also a wildlife corner with deer, giant tortoises, multicolored parrots, bats hanging from the trees. In short, a concentrate of life. 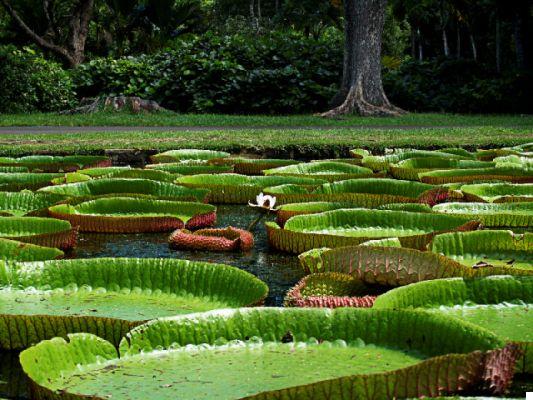 Another spectacle of the nature of Mauritius are the colored earths of Chamarel, where the fusion of the minerals present in the soil of this area creates the most varied shades of colors with each rain. The seven shades of color, one for each type of soil, that characterize Chamarel are divided, then merge into a single color and still miraculously recompose themselves in diversified layers, in a continuous chromatic change. 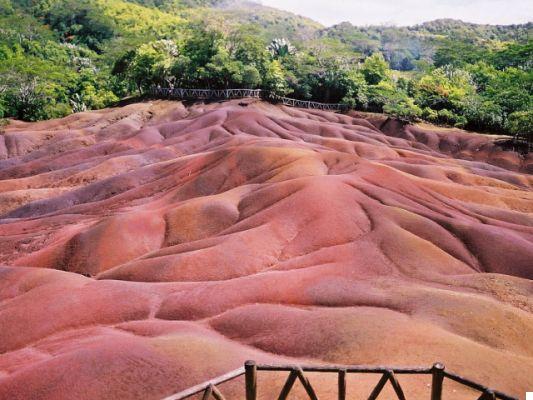 The coral reef is present almost everywhere, but the most beautiful can be found at the Blue Bay Marine Park, where the protected seabed reveals corals of the most diverse shapes and brightly colored fish of the most varied sizes. To be seen absolutely with a snorkel, a dive or an excursion aboard the glass-bottomed boats.


The most beautiful beaches and most sheltered from the southeast trade winds are those in the north, in the Grand Baie area. The calm waters and the crystalline seabed will allow you to spend whole days on the beach enjoying the warm tropical sun of Mauritius. This area is also the most touristic one, where you will find clubs, typical shops and a lively nightlife. 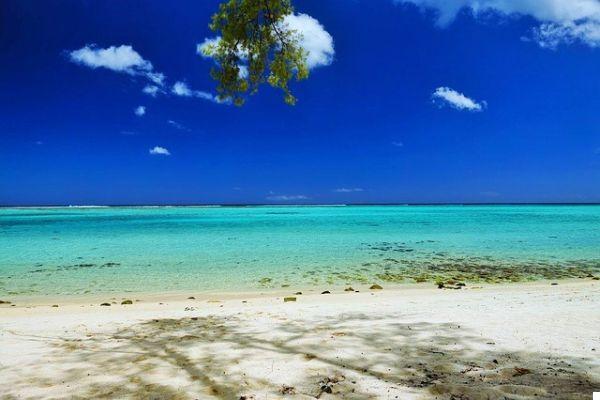 The climate varies from north to south, even if the island is not very large: you can easily reach the opposite point in a few hours by car. The ideal time to go is our late autumn, October and November, but the other months are fine as well as long as you prefer the locations in the north, more protected from winds and less subject to rain. Apart from the risk, there are the months from mid-January to mid-March when tropical cyclones can break out and therefore it would be better to avoid them. For more details, read the climate data on the page dedicated to Mauritius

If you still have any doubts about choosing Mauritius as a destination for your honeymoon, visit the official page of the Mauritius website you will find numerous ideas.

Menorca in September, a paradise in the Mediterranean ❯

When to go to Mauritius, Best Month, Weather, Climate, Time

Where to stay in Mauritius: the best areas, and which hotels and resorts to book

add a comment of Mauritius in love: the honeymoon