What to do in Berlin

Berlin is a unique city, wounded by the war but which was able to rise again and which is in constant ferment: historical, artistic and cultural. Today Berlin offers a perfect mix of modern and classic architecture.

In a previous article we saw which are the best neighborhoods where to stay in Berlin, convenient for visiting the city. In this guide we see in detail some of the best things to see in Berlin.

It is not easy to make a list of what to do in Berlin, also because surely we will always leave something out; However, we try to suggest the unmissable attractions for those who are preparing to visit the German capital for the first time and want to relive the great history of this city.

What to See in Berlin: The Main Attractions

One of the symbols of Berlin and of the whole of Germany is certainly the Reichstag, now the seat of the German parliament. Among the most famous images in the world is that of the Soviet soldier hoisting the flag with a hammer and sickle on top of the building.

The Reichstag was built in the late 1933th century by Paul Wallot and was nearly destroyed by the historic fire of XNUMX.

The Reichstag was later restored by the architect Sir Norman Foster, who made a real masterpiece by redeveloping the old dome. And it is precisely the large transparent glass dome that is the attraction that brings more and more visitors and from where you can admire a unique panoramic view of the city. 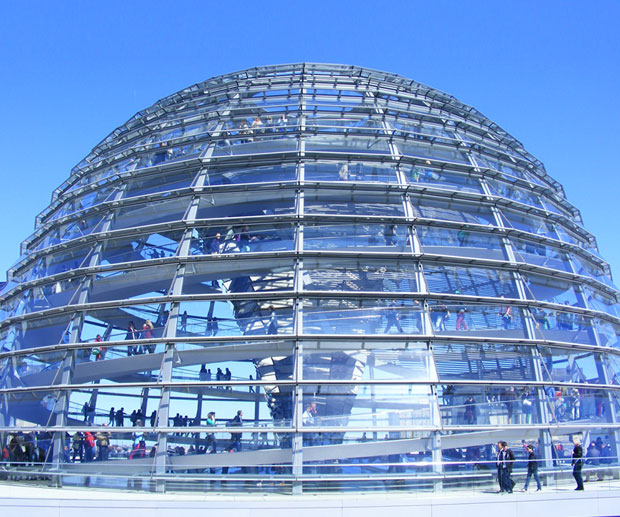 We remind you that it is necessary to register a few days in advance via the internet. The visit to the dome, accessible by lift, is free and open until midnight (last admission at 22pm).

Better to arrive early in the morning and if possible visit during the week, to avoid long queues.

Another symbol of Berlin and the most photographed monument in the city is the Brandenburg Gate. A work of rare beauty and intrinsic of historical and political significance. In fact, it represented the division during the Cold War first and the reunification of Germany later.

But the history of the Brandenburg Gate is even older, it dates back to the late eighteenth century when it was the gate that allowed access to the city. 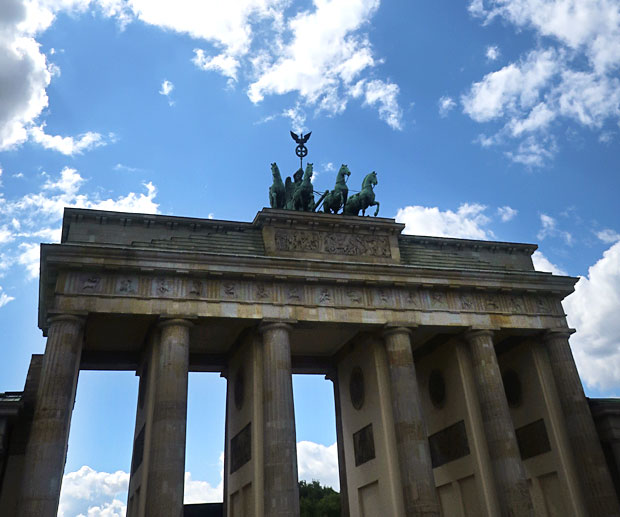 Today it is among the most visited monuments ever, it is located in Mitte (the Center) at the end of the famous boulevard Unter den Linden and it is a must for anyone traveling to Berlin.

It is the most beautiful and most famous boulevard in Berlin, about a kilometer and a half long, running from the Brandenburg Gate to the Museum Island. Literally Under the linden trees means "under the lime trees" and owes its name to the many trees that were planted in 1647 at the behest of Frederick William I of Prussia.

Walking through this avenue will take you to retrace the history of the German capital, in fact there are many historic buildings and various cultural attractions; in short, a splendid walk “under the lime trees” awaits you.

The Museum Island of Berlin

Isle of Museums, the island of museums, is one of the most important museum complexes in the world, so much so that in 1999 it was declared a World Heritage Site by UNESCO. The Museumsinsel occupies the northern part of an island in the River Spree.

Alexanderplatz is one of the most famous squares in Europe, dominated by the Fernsehturm, the 368-meter television tower.

Alexander Platz has always been the best-known square in Berlin and takes its name from Tsar Alexander I who visited the capital of the kingdom of Prussia in 1805.

It was almost completely destroyed during the Second World War and rebuilt in the 60s, creating a special pedestrian area. 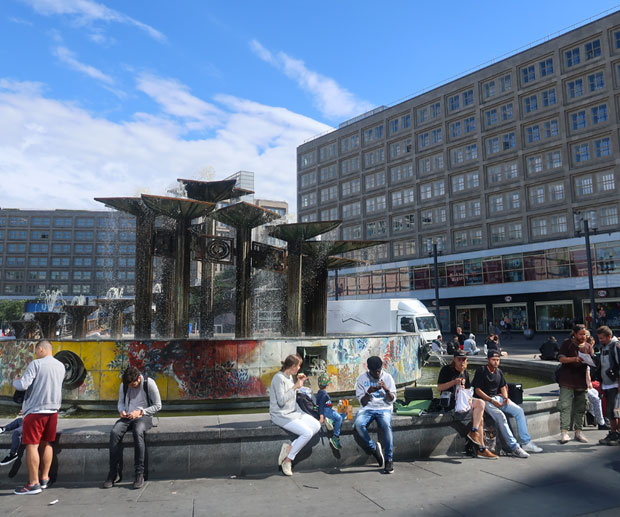 In addition to the famous tower in the square we find: theUrania world clock a particular clock, made by the designer Erick John, which indicates the time in the main cities of the world e the Fountain of Friendship. 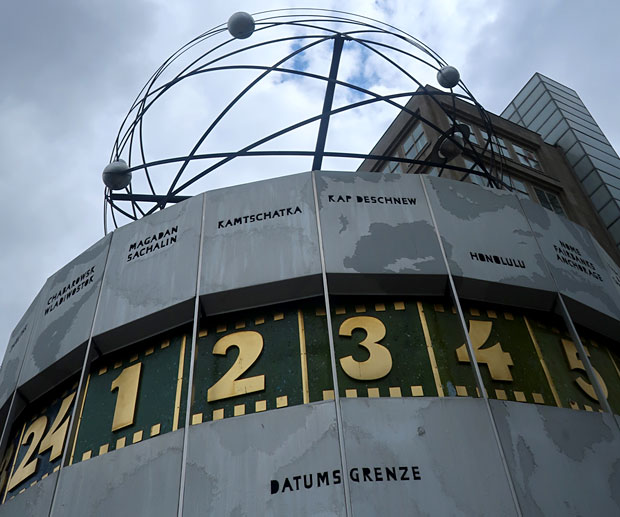 The television tower is 368 meters high, dominates Berlin and is visible from anywhere in the city. In fact, when it was designed, starting from 1964, the intent of Walter Ulbricht, general secretary of the socialist party was precisely to show it beyond the wall, to show the avant-garde of East Berlin. 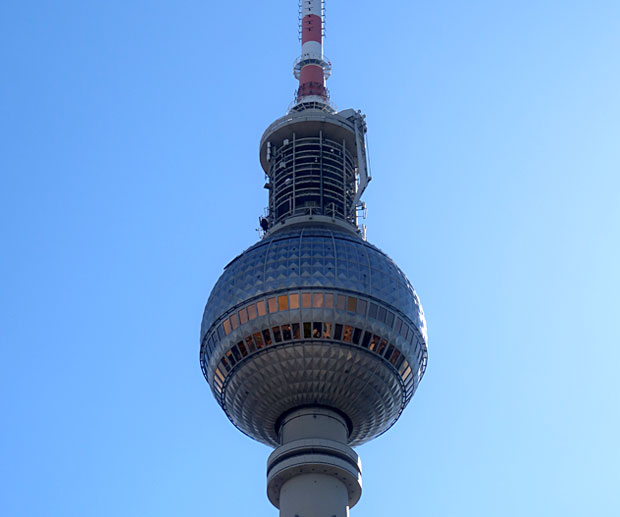 It is certainly one of the main attractions of Berlin, inside the sphere there is a platform for visitors from which to admire the view of the city and on the upper floor an elegant revolving restaurant.

It is possible to reach the panoramic area via a very fast lift, upon purchase of the ticket.

A historic square that was almost completely destroyed during the Second World War and that with the construction of the Wall began a period of desolation.

In the 90s the area was totally redeveloped. The most important work is the Sony Center, 7 imposing buildings gathered under a steel roof that changes color throughout the day. The area is full of shops, bars and restaurants. The charm of the square is precisely the combination of modern and ancient. 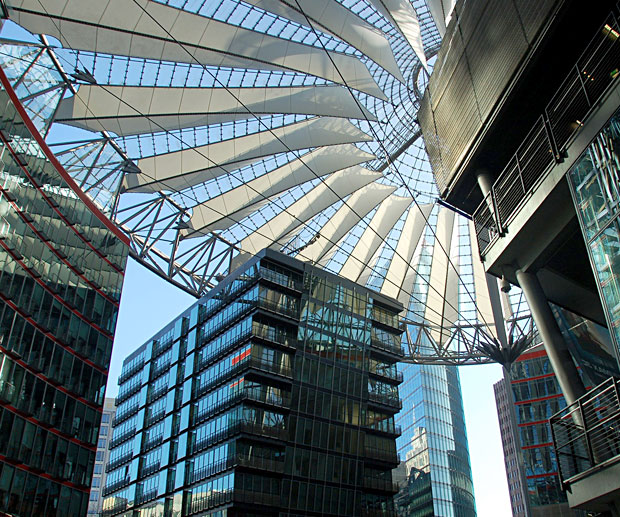 Checkpoint Charlie was one of three checkpoints created following the construction of the Berlin Wall, to allow allies, diplomats and foreigners to pass from one side of the wall to the other. Checkpoint Charlie in particular was the border between the American and Soviet areas.

It was completely destroyed along with the wall and what we see today is a reproduction, where you can find the giant pictures of two soldiers, one American and one Soviet.

After the fall of the Berlin Wall in 1989, a 1,3 km long path remained intact, which today has become an open-air art gallery, where you can admire paintings made by artists from all over the world, which compose precisely the East Side Gallery.

Some of these works have become very popular, such as the kiss between Erich Honecker and Leonid Breznev or the painting “Test the Best” which depicts a Tribant, the symbolic car of the former East Germany that crosses the wall. 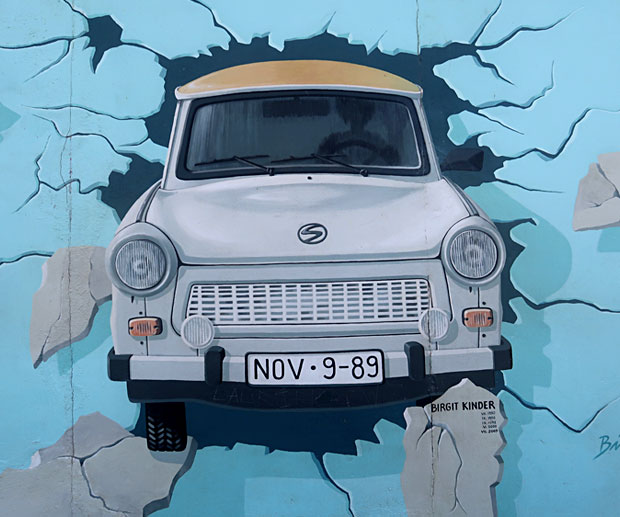 One of the must-see things in Berlin is the Holocaust Memorial, a memorial to the victims of the Holocaust. It consists of 2711 concrete blocks of variable height, from 20 cm up to 5 meters and placed on an undulating surface that form a sort of labyrinth. 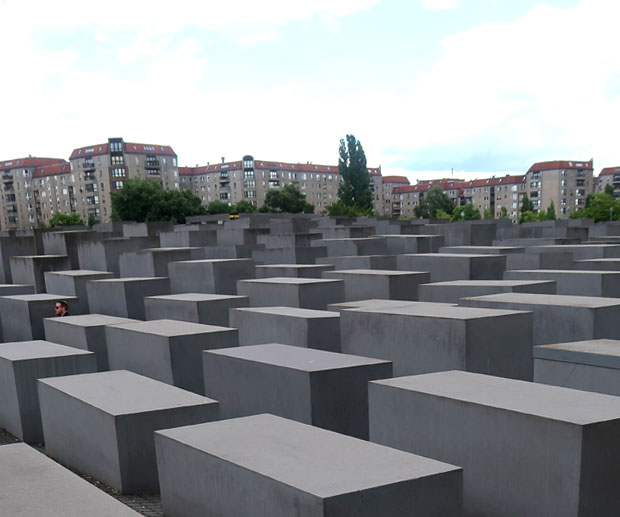 The work was conceived by architect Peter Eisenman, who won an international tender where more than 500 projects were examined.

Near the Museum Island stands the Berlin Cathedral, a splendid historical work that recalls the Italian Renaissance and represents one of the best-known buildings in the German capital, as well as the most important center of worship for the Protestant community.

Impossible not to notice the imposing copper dome. Unfortunately, the Berlin Cathedral also suffered serious damage during the Second World War and in 1975 the restoration work began, completed in 1993.

Charlottenburg Castle, the Prussian summer residence, is the symbol of the elegant Charlottenburg district, a beautiful palace that deserves a visit both inside and in the garden where there is the Mausoleum with the royal tombs. 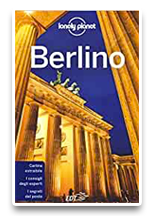 What to do in Gran Canaria ❯

Where to stay in Berlin: Visit Berlin

Visit the Berlin TV Tower: timetables, ticket prices and how to get there

When to go to Germany, Best Month, Weather, Climate, Time

add a comment of What to do in Berlin