Definitely the very famous Eagle's Nest (Eagle's Nest in English) is together with the salt mines of Salzburg one of the things not to be missed if you visit the Austrian city. Both are easily reachable in a short time, by car or bus, from the city of Mozart. 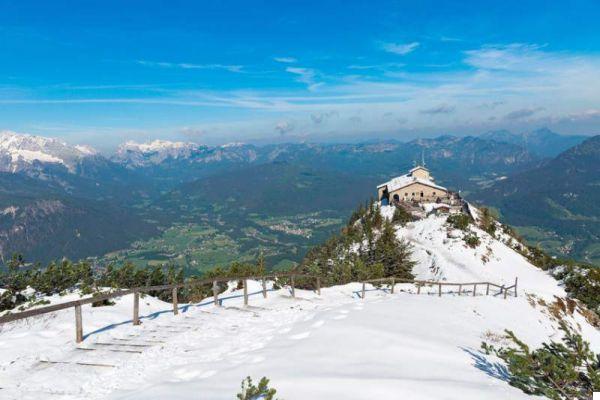 The Eagle's Nest (Official site) is a building built on the top of the mountain Obersalzberg, il Kehlstein, 1.834 meters high and sadly remembered for being linked to one of the darkest figures of the nineteenth century: Adolf Hitler.

Learn more: what to see in Salzburg and surroundings

The Bavarian mountains are a place of extraordinary beauty. I visited them in one day from Salzburg with an organized tour and still now I bring in my eyes the gray peaks of the mountains against the blue sky, the meadows and woods interspersed with small villages.

Its beauty did not go unnoticed even by Hitler on the Obersalzberg mountain ,in his beloved residence Berghof founded the southern seat of the Nazi government.

Here Hitler spent about 4 years: the Berghof was not only a leisure and holiday residence of the Führer, but also the place where the most important decisions were made, together with his most faithful collaborators.

Unlike the Berghof which was destroyed to prevent it from becoming a pilgrimage site for some nostalgic people, the Eagle's Nest was spared and can still be visited today, marveling travelers with its views above the clouds. 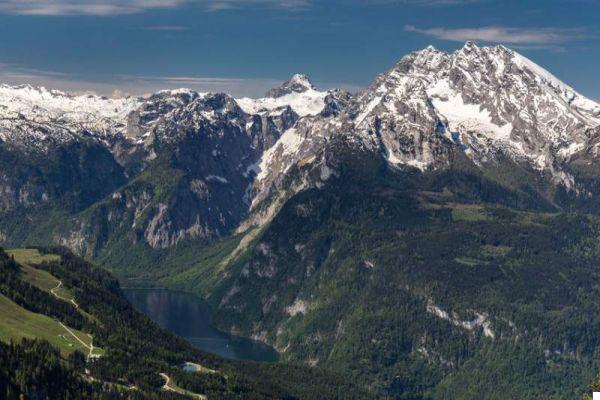 The panorama from the Niso dell'Aquila

A bit of history

Precisely because of the passion that the Führer showed for the Bavarian mountains, a certain Martin Bormann, who evidently wanted to make himself beautiful in the eyes of his boss, decided to convince the hierarchs of the National Socialist party to give a chalet to Hitler for his 50th birthday. Give as a gift as it was Hitler himself who financed the project.

The fortress-chalet was built on the same mountain as the Berghof to which it is said it was connected by a series of walkways that no longer exist today.

Led by engineer Todt, hundreds of workers worked to dig the rugged road into the steep and rocky sides of the mountain. Kehlstein (and renamed just to change "Kehlsteinstrasse") and to create the massive building.

They worked tirelessly and finished the works in a record time of 13 months.

The project was very expensive (it is estimated that the cost was around 30 million German marks at the time) but did not obtain the desired result: Hitler in fact snubbed the work from the beginning (probably because Bormann never involved him in the design) and he always remained very attached to his beloved Berghof.

Hitler visited the Eagle's Nest very few times (we are talking about no more than 12) also because of the thin air and the dizziness that caused him discomfort. The Kehlsteinhaus was never used for military purposes and was exploited by Hitler only on occasions of representation, mostly to amaze the diplomats and guests who came to visit him in the Berchtesgaden Alps with the majesty of its landscapes.

Ironically, the most magical and enchanted chalet in the Alps was one of the least loved places by the Führer.

How to get to the Eagle's Nest

Due to the steepness and narrowness of the Kehlsteinstrasse it is not possible to reach the Eagle's Nest with your own car.


In fact, since 1952 the Kehlstein road has been closed to private vehicles.

The easiest and most comfortable way to visit the Eagle's Nest è by booking an organized tour from Salzburg or Munich here.

With your own car instead from the Salzburgerstrasse you take the road that leads to Obersalzberg (gradient over 20%) and you must then park in Obersalzberg (where the Berghof used to be and where it has now been set up Documentation Obersalzberg, a museum-exhibition of the private life of Hitler and Third Reich ).

From here it is necessary to take the special shuttles that lead in about 15 minutes to the parking lot in front of the tunnel.


The most athletic can do it on foot in about 2 hours. 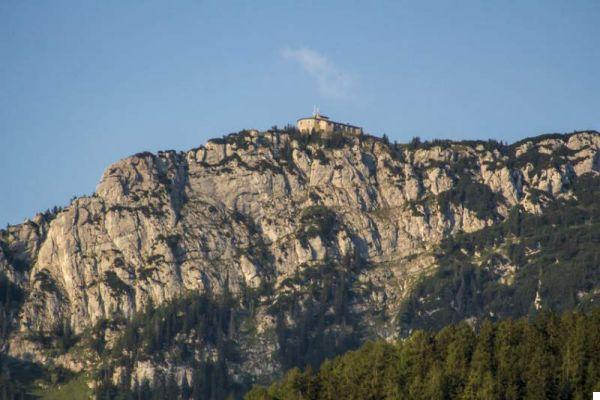 the Eagle's Nest on its rock spur

The ticket costs around 18 euros and includes the round trip.

The Eagle's Nest cannot be visited all year round, but only from May to October.

To get to the Eagle's Nest you have to walk the 7 km of the Kehlsteinstrasse which climbs up to a height difference of 700 meters. At the end of the road there is a parking lot (Kehlsteinparkplatz) from which opens a tunnel passable only on foot 124 meters long.

At the end of the tunnel there is the original lift that accompanied the refuge. Even today the lift has kept its appearance, with the mirrors, the brass decorations and the seats in green leather.

The lift takes you directly to the refuge crossing 139 meters of massive rock and in just 41 seconds: this work is an engineering masterpiece, not only futuristic for those times, but still noteworthy today.

At the top, you arrive directly at the fortress-chalet. The view from its balconies is what you might have from an airplane window. The gaze sweeps over infinity, over the valley at its feet (Berchtesgaden), over Königssee, the lake of kings and on Watzmann, the second highest peak in Germany.

it is a panorama that literally takes your breath away for its beauty.

Today the Eagle's Nest has been basically transformed into a belvedere restaurant, but the interior has been maintained, except for the furniture, as it once was: still today you can see the marbles, the wooden ceilings and in the large atrium octagonal the marble fireplace dark red with white veins, a gift from Mussolini to the Führer.

The Palace of Knossos and the Legend of the Minotaur ❯

Where to sleep in Zurich: the best areas to stay

Where to sleep in Frankfurt: best neighborhoods to stay

Where to stay in Berlin: Visit Berlin

Where to stay in Munich

add a comment of The Eagle's Nest (Kehlsteinhaus): inside Hitler's Mountain