Switzerland is a land of great alpine landscapes, green meadows, crystalline lakes, medieval towns and fairytale villages, where in addition to enjoying nature, visiting its castles and palaces, one cannot fail to try its delicious cuisine, which includes its famous chocolates and cheeses… Find out which are the most beautiful places to see in Switzerland.

What to see in Switzerland 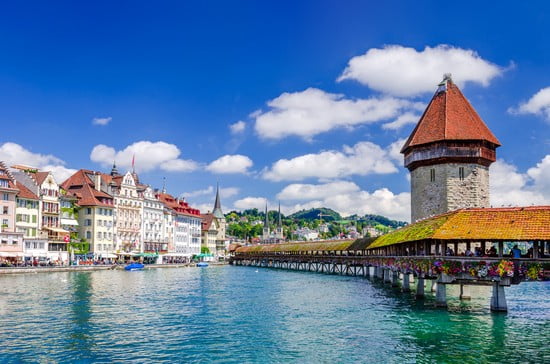 Lucerne in Switzerland - Photo from Istock

Ideally located at the foot of the Alps, on Lake Lucerne, Lucerne is one of the top destinations to see in Switzerland, attracting visitors from all over the world every year. Indeed, this picturesque city is nestled in a postcard landscape, in the heart of what can be considered authentic Switzerland, between steep mountains, crystal clear lakes and meadows strewn with edelweiss.

The most important place in the city is the Kapellbrücke, the Ponte della Cappella, a beautiful wooden bridge from the 204th century. This 1333 meter long covered bridge was built in XNUMX and is the oldest fortified wooden bridge in Europe. On its ceiling it is possible to admire paintings that trace the past of the city since the Middle Ages.

Do not miss the Lucerne Cathedral, the fascinating Gletschergarten (the Glacier Garden), the "Alhambra" Mirror Labyrinth and the monument to the dying lion. Then exhibitions and museums, walks along the banks of the Reuss River, trekking in unspoiled nature, steamboat cruises, concerts… Lucerne offers a long list of attractions.

Find a hotel in Lucerne 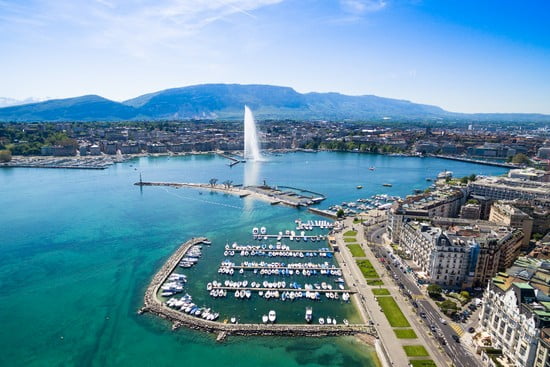 Geneva is one of the most important cities in Switzerland. Lying on the shores of Lake Geneva, this cosmopolitan international city full of life is chosen as the headquarters by the most recognized international organizations around the world, such as FIFA, the United Nations or the Red Cross.

Stroll through the old town full of museums, visit a 15th century granary, admire the Gothic tower and the sumptuous mosaics of the Cathedral of San Pietro built between the 12th - 13th century. Don't miss it too Russian church dating from the second half of the 19th century or theFlower Clock, a floral clock, emblem of the city.

Also visit Museo Philippe Patek and, if you have children, the Natural History Museum (free admission). For a moment of relaxation choose the botanical garden or one boat trip on the lake to get closer to the famous “Water jet”, a fountain that launches a jet of water 140 meters high. Finally, take the cable car to the top of Mount Salève for superb views of the city and surrounding area.

Find a hotel in Geneva 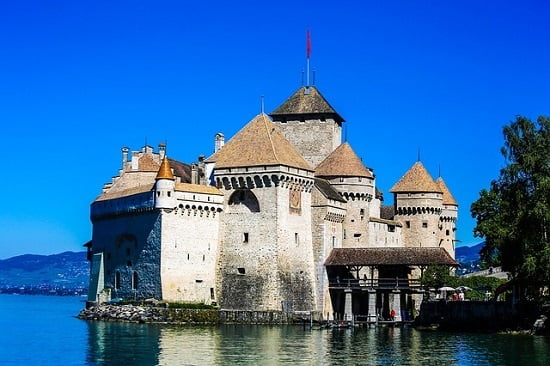 Also on the shores of Lake Geneva, but at the other end, is the Chillon Castle, whose construction dates back to the Middle Ages. This castle is one of the most important places to see in Switzerland and has been a place of inspiration for numerous writers and poets, such as Rousseau, Victor Hugo, Alejandro Dumas or Lord Byron.

Its origins date back to the 10th century and it is worth spending at least two hours to visit its interiors which are in a magnificent state of conservation, the underground vaults, the state rooms, the bedrooms and its prisons. Plus, from the castle towers, the views across the lake are spectacular. 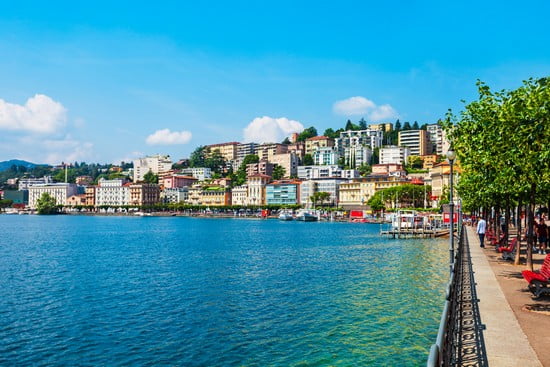 Lake Lugano and the city of Lugano - Switzerland - Photo from Istock

The canton of Ticino, on the border, is made up of a myriad of small towns and villages. It is a fascinating tourist destination, full of contrasts, which offers its guests an enormous variety of attractions: you can stay in Alpine Ticino, or enjoy relaxing days on the shores of the lakes, venture into dizzying gorges or visit museums and discover works of considerable artistic value.

Lugano it is the largest city in the region and is a luxurious beach destination thanks to its mild climate. But it is above all the surroundings of Lugano that are worth a visit. The romantic village of Morcote you will love it as much as the little train that will take you to the roof of Monte Generoso from which you can enjoy a breathtaking view.

Locarno, on the border with Lake Maggiore, recalls the atmosphere of Venezia, Cannes or the Tuscany region. Around the lake you can visit the villages of Ascona, Bellinzona, Bissone, Olivone, Origlio and Vico Morcote.

Find a hotel in Lugano

Gruyères and its medieval castle

Gruyères, famous for its Gruyère cheese, is a small medieval town full of wonderful corners. Located on a hill, it has a lovely medieval old town where the 13th century castle stands out, of which you can visit the interior and from which you can enjoy a splendid view of the valley. One of the most extraordinary places to visit in Gruyères is the Museo H. R. Giger, creator of everything related to the visionary and futuristic Alien series.


Of course, you cannot leave without going to one of the restaurants in the city, it would be a shame to leave Gruyères without eating a raclette or a fondue.

Discover the tours to visit Gruyères

Freiburg and its medieval fountains 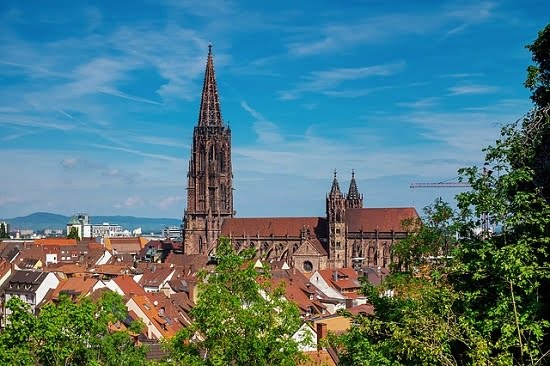 Friborg in Switzerland - Image from Pixabay

Picturesque and peaceful, the medieval city of Friborg is another must-see jewel in Switzerland, perched on a rocky outcrop. Its historic center immediately enchants the visitor with its narrow alleys, the 15th century Gothic houses in which the St. Nicholas Cathedral and its many fountains.

Discover the city by visiting the 15 bridges that cross the river, including the splendid one Middle Bridge and Bern Bridge. Enjoy the impressive 360 ​​° panorama that opens up in front of you from the cathedral tower, which is 74 meters high. Finally, board the funicolare which connects the historic district of La Neuveville to the upper town.

Find a hotel in Freiburg

Bern and its clock tower 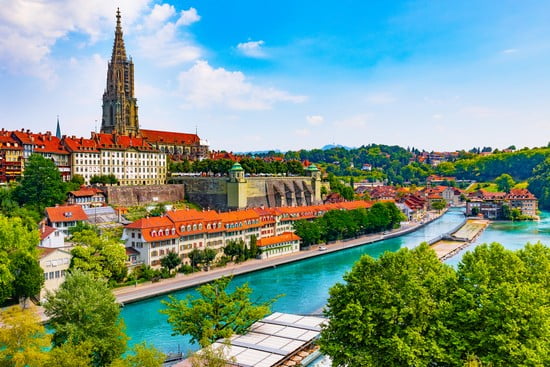 Bern in Switzerland - Photo from Istock

Bern, in addition to being the capital, is one of the most beautiful cities to see in Switzerland. Starting your tour of the city from the Rosengarten viewpoint is the best way to enjoy this medieval wonder that runs along the Aare River.

The old part of Bern, which retains its medieval architecture, is a world heritage site and therefore, one of those places that you shouldn't miss for anything in the world. In addition, this area is full of magnificent fountains, sandstone buildings, towers and churches such as Bern Cathedral, one of the many wonders of the city.

Located in the heart of the old town of Bern is located the Zytglogge, or Clock Tower, one of the most famous symbols of the city. It was once one of the gateways to the walled city, as it had an opening where people could enter and exit.

Find a hotel in Bern

Zurich and the Fraumünster church 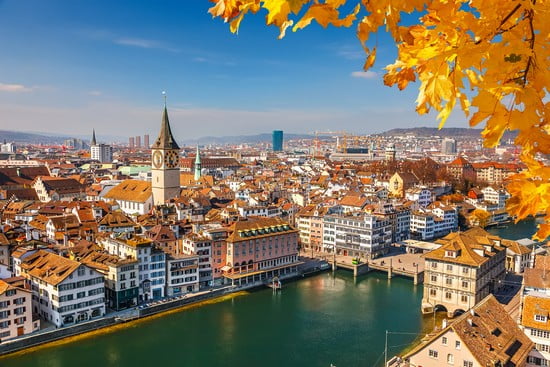 Zurich it is the largest city in Switzerland and its economic center. It is a multicultural city with a great offer for art and leisure lovers and for years one of the "best living cities in the world".

This city stands out for its traditional medieval architecture, with buildings overlooking the banks of the Limmat River. Do not miss a walk in the historic center of Zurich where you can visit one of its most important churches, the Fraumünster Abbey Church, founded in the 9th century, whose stained glass windows are the work of Marc Chagall.

Taking a boat trip on the river or Lake Zurich, getting lost in the streets of the old town, visiting churches or one of its many museums and art galleries are just some of the many things to do in Zurich.

Find a hotel in Zurich

Zermatt and the Matterhorn 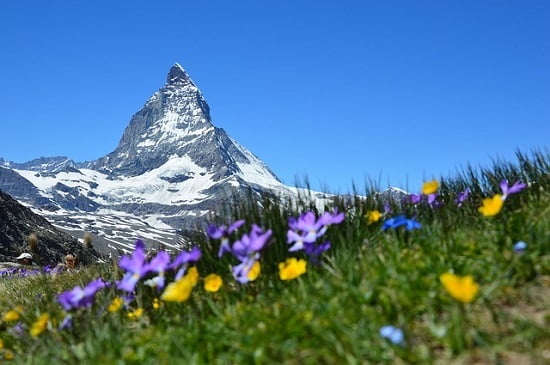 Everything in Zermatt revolves around one of the most famous mountains in the world, the Matterhorn (Matterhorn in German). This paradise for mountaineers, hikers and skiers from all over the world, is home to the highest ski resort in Europe, Zermatt, and offers a wide range of excursions and activities thanks to its trains and cable cars.

The route of the 5 lakes overlooking the Matterhorn is one of the most famous and recommended. You can take the cog railway and go up to the top of Gornegrat overlooking the great alpine peaks.

If you intend to rent a car to get up there and enjoy the Matterhorn, remember that it is only allowed to access it with electric cars. A convenient way to visit all of these places is to travel through Switzerland by train with the Swiss Travel Pass.

Find a hotel in Zermatt

Interlaken and the famous Jungfrau 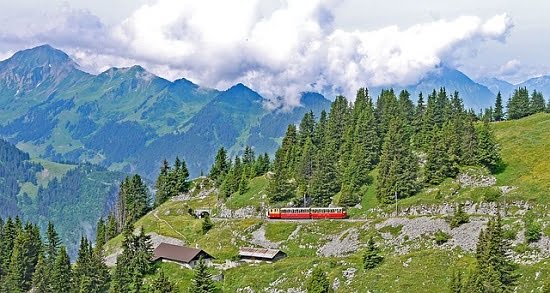 Interlaken and the wonderful landscapes of Switzerland - Image from Pixabay

Located in central Switzerland, between Thun lakes e Brienz, at the foot of the Eiger, Mönch and Jungfrau peaks, Interlaken is a beautiful holiday resort, characterized by old wooden houses and parks on both banks of the Aare river.

It is the ideal starting point for excursions into the surrounding mountains. Its impressive alpine setting, with dense forests, alpine meadows and glaciers, makes it a popular tourist destination for nature lovers from around the world.

Trekking in the midst of pristine fauna and flora, paragliding, a boat trip, cycling are just some of the most popular activities in this area. To visit its ski slopes and reach the countless hiking trails you can use the numerous trains, cable cars and chair lifts. 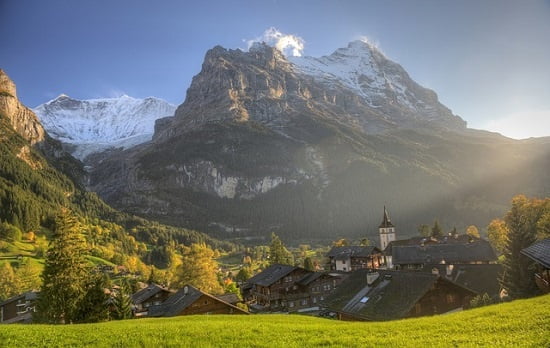 Grindelwald is a dream mountain resort located in the Bernese Alps. This village sits beneath the infamous north face of the Eiger, a monumental rock face that attracts hundreds of climbers every year.

The alpine pastures of Grindelwald are idyllic and the cable cars make it easy to reach the trails from where you can enjoy breathtaking views of the mountains, the Grindelwald glacier and the lakes. In winter, covered with snow, it hosts dozens of kilometers of ski slopes and toboggan runs. Its beautiful winter landscape served as a backdrop for the filming of the Star Wars and James Bond films.

About an hour from the capital, Bern, you will find the Lauterbrunnen valley and the village of the same name. With its 72 waterfalls, including the unmissable ones Trümmelbach waterfalls, the valley offers one of the most beautiful landscapes to see in Switzerland.

Located on the valley floor just 796 meters above sea level, its location in the heart of the Alps makes Lauterbrunnen the ideal place to enjoy the many alpine activities and natural beauty that the area offers in both winter and summer. Be sure to take the funicular and go up to the beautiful village of Murren, full of wooden houses overlooking the Alps. 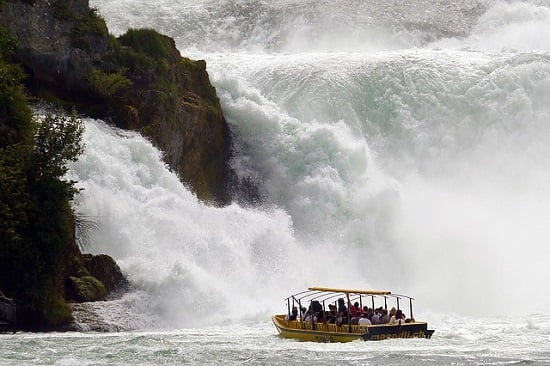 The Rhine Falls, also known as Schaffhausen Falls, located in northern Switzerland near the German border, is the largest waterfall in Europe. The falls are almost 150 meters wide and 23 meters high and are surrounded by viewpoints that will allow you to see them up close and hear the deafening roar of the water.

In the center stands a mighty rock that has resisted the great erosion of the water, and which can be reached by a panoramic boat ride on the Rhine or by climbing on the platforms built on the spore of the river almost in the center of the falls.

Discover all the tours to visit the Rhine Falls
What to see in Thailand: cities, places and islands not to be missed ❯

add a comment of What to see in Switzerland: cities and places not to be missed