This funicular wins the title of most extreme roller coaster in nature and cable car to a steepest wagon in Europe and the world. Since 2004 it has been the favorite attraction for tourists who venture into the region.

With a slope of 106%, the Gelmerbahn funicular, with its open wagons, takes a handful of passengers up to the magnificent views around the gelmer lake (1860 meters above sea level), and then bring them back down, at 1412 m, to the Handegg base station. The 1 km long route is crossed by the funicular at a speed of 2 m a second.

The Gelmerbahn Railway was installed in 1926 to transport the heavy building materials for the Gelmer Dam, but was not open to the public until 2001. Today it is open for hikers looking for adventure.

Arriving at the top, the breathtaking landscape of the Alps and its impressive peaks make you believe you are in another world. The view can embrace the entire valley below, far and wide.

On the top of the mountain, outdoor sports enthusiasts, equipped with good mountain footwear, they will be able to immerse themselves in the beauty of Lake Gelmer - which is actually an artificial hydroelectric reservoir - or continue the adventure following some challenging routes through the rocky terrain of the Grimsel (2 hours). The overhanging rock areas are secured by fixed rope parapets.

At the valley station of the Gelmer funicular, tourists can walk on the Handeck Tibetan Bridge, which rises 70 meters above the Handeck Gorge and offers a fantastic view of the waterfall.

In the Grimselwelt, the steepest funicular in the world and hiking in the mountains will delight young and old alike. But for those who don't feel like tackling a vertical ride with a 106% gradient, the Grimselwelt mountain has numerous less steep transportation options, in the form of trains and funiculars.

Excursions around the Gelmer funicular

The tiring but unmissable climb to the Gelmer hut

The route begins first along the north shore of the lake and then climbs up to the hut (two and a half hours). Along the way you can enjoy a fantastic panoramic view of the glacier and the peaks of the Gelmer region. To go down to the valley you can take the funicular or you can walk, in about an hour, Chuenzentännlen.

It is a'circular hike around the beautiful turquoise lake of Gelmer, in a fascinating high mountain landscape. There are several flat parts but also some slightly steeper parts. The overhanging rock areas are secured by fixed rope parapets. The route can be completed in about 2 hours and good mountain footwear is recommended. 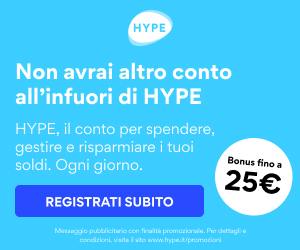 Information about the Gelmer funicular

How to get to the Gelmer funicular

The Gelmerbahn starts in Handegg in the Hasli Valley. To get there you take the train from Interlaken Ost (is) o Lucerne for Meiringen, the post car up to Handegg (connection by post car also from Oberwald via the Grimsel Pass), and finally the funicular to Lake Gelmer.

As we said, to reach the Gelmer cable car you start from the train station in Interlaken Ost, which is also a great base to sleep in. It is a traditional holiday resort in central Switzerland, located in a long, narrow valley between the Lake of Thun and Lake of Brienz.

This small town is surrounded by mountains and characterized by beautiful wooden houses and parks with dense forests, alpine meadows and glaciers. From here you can take numerous hiking trails and visit the ski slopes in the area.

Find a hotel or chalet near Interlaken Ost

Other towns or municipalities where to stay are Meiringen e Innertkirchen, both comfortable and close to the Gelmer funicular.

In addition, you can also stay at the Hotel and nature resort Handeck, located just a few steps from the Handegg bridge and the valley station of the funicular.

Audio Video The Gelmer funicular: a thrilling experience on the steepest funicular in the world
The Great Barrier Reef, one of the top things to see in Australia ❯

add a comment of The Gelmer funicular: a thrilling experience on the steepest funicular in the world