Where and how Carnival is celebrated in Spain

Spain is very rich in celebrations and traditions, some of which are very ancient, as in the case of the carnival festivities, one of the most important events organized and celebrated in Spain.

Origins of the Carnival

The origin of the carnival dates back to many centuries ago. It spread throughout Europe during the Middle Ages and is closely related to religion. During the period of Lent, Christians were imposed on various fasts, such as not eating meat, not doing fun activities, etc.

So, every year, just before the start of Lent, the population reserved a few days of uncontrolled celebration, to eat all the meat possible and have fun to the fullest, to gather strength for the following moment of meditation. In this way, what initially began as a preparation for Lent, over time has led to what we know today as Carnival.

Carnival celebrations, as we know them today, have very little to do with the original holidays. They are very famous celebrations in Europe or America, and each country has its own traditions. In general, it is a fun time when locals take to the streets in masks and gather to enjoy concerts, music, traditional dances, banquets, all accompanied by the parade of floats.

Depending on where you are in Spain on the dates of the Carnival, you will experience very different ways of celebrating it. The most famous carnivals are those of Tenerife, Cadiz and Sitges. But practically in every corner of Spain there are hundreds of interesting traditions and legends which have survived over the centuries.

The celebrations have start Thursday evening until Carnival Tuesday. The following day, the Ash Wednesday, the burial of the sardine is celebrated, which leaves the carnival leaving its place at the beginning of Lent, a period of forty days before Catholic Easter.

If you still don't know where to spend this fun and crazy party, we suggest some destinations full of humor, fun and curiosity where to celebrate carnival in Spain.

Where to celebrate carnival in Spain?

Carnival is celebrated in various parts of Spain, but the biggest and most spectacular events and festivities can be found in the Canary Islands. Other unmissable destinations where to celebrate the carnival are in the historic city of Cadiz, in Andalusia, in the green landscapes of the Galicia and on the shores of the Mediterranean, a Sitges.

The island of Tenerife it is the largest island of the Canary archipelago. Located a few kilometers from the west coast of Africa, it enjoys a unique climate in the world. The changes in temperature during the year are really low, giving Tenerife the name "the island of eternal spring". It is an ideal place for those who love being in contact with nature.

Every year, between January and March the very famous takes place Tenerife Carnival, which after the Rio de Janeiro carnival, is considered the second in importance. It takes place all over the island of Tenerife, but the climax of the festival is in the city of Santa Cruz de Tenerife.

The celebrations they last from the opening of the Carnival until closing, almost without interruption. Millions of Europeans spend their holidays on the island every year during this period, also to escape the cold, which especially in February embraces all of Europe.

Gran Canaria, despite some differences, it is very similar in landscape beauty and climate to Tenerife. Gran Canaria has beautiful beaches, attractive historic districts in the capital, Las Palmas, a warm and unique atmosphere in the coastal city of Las Canteras and much more.

The villages of the interior of Gran Canaria are very pleasing to the eye and the landscape is epic, almost similar to that of Arizona. The islanders boast the best views of Tenerife's mega volcano, the Mount teide with its imposing volcanic crater.

Gran Canaria Carnival celebrations usually take place between the months of January and February. Some of the most popular celebrations are the competitions of Drag Queen, the election of the Carnival Queen, colorful dance performances, children's competitions and of course beautiful street parades and large costumed crowds partying until the early hours of the morning.

The carnival of Cadiz

The city of Cadiz was inspired by the carnival of Genoa. Historically, the cities of Cadiz and Genoa have had many commercial relationships, which has led many Italians to settle in the Andalusian city.


Nostalgia led these Genoese to start imitating their own carnival celebrations, but in Spain. These holidays quickly became popular and the Cadiz carnival is today one of the largest carnivals in all of Spain.

At the Cadiz carnival, the disguise is not a choice, but almost a must. Putting on make-up, turning into a famous character and getting involved in madness are an integral part of the carnival experience.

Sitges Carnival is a flamboyant, colorful, crazy show with a warm atmosphere, a giant seven-day party. 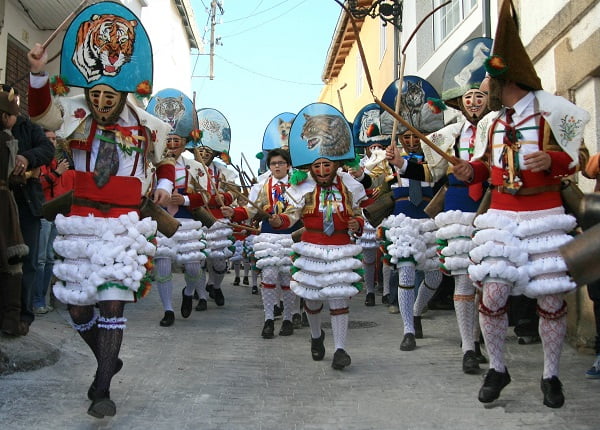 The Galician carnival, called Galician "Entroido", is a lot different from the carnivals of Tenerife, Cadiz and Sitges. Each village in this region of northwestern Spain organizes its carnival with different themes, historical and traditional, and not the typical themes of the modern carnival.

Most of the largest and most interesting carnivals in Galicia take place in the province of Ourense. The "fariñadas" (flour fights) and the masked figure of the "Cigarrón" are the more typical elements of the Carnevaland of Verín (Ourense).

The burial of the sardine and the end of the carnival

No matter where you choose to celebrate the carnival, they all end up the same, with the curious tradition ofEnterro della Sardina, or the Burial of the Sardine. During this event, a huge sardine made from rags or papier mache crosses the streets. Finally, it is burned in a huge bonfire, usually followed by fireworks.

A strange but fascinating week of celebrations and traditions. Carnival is truly one unique and exciting party, and offers visitors a window into Spanish culture and traditions, as well as their love of the party!

If you go to Spain in February, try to attend one of these amazing street parties!

Could it be interesting for you 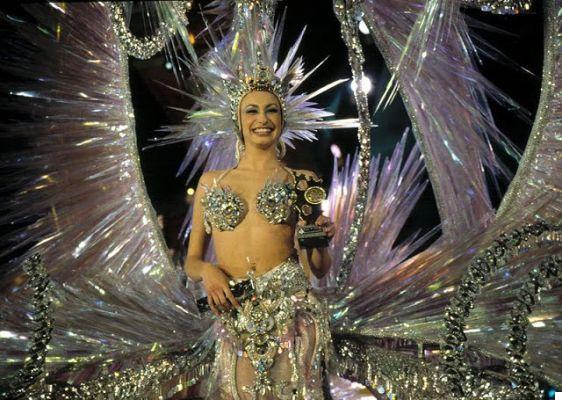 Where to park your car at Rome Fiumicino airport ❯