Bed Bugs: What To Do If You Find Bed Bugs In The Hotel

I assure you I have had a lot of bad luck while traveling, but frankly the worst nightmare I ever lived was the close encounter with the bed bugs or the fearsome bed bugs.

Encounter bed bugs while traveling it's a nightmare, I hope it never happens to you in your life, but if you travel a lot it could happen to you.

Thank goodness just like other risks that are run when traveling, fortunately there are ways to find the bed bugs before the damage is done, just follow a few tricks (which I always do, having lived the experience)

What are bed bugs 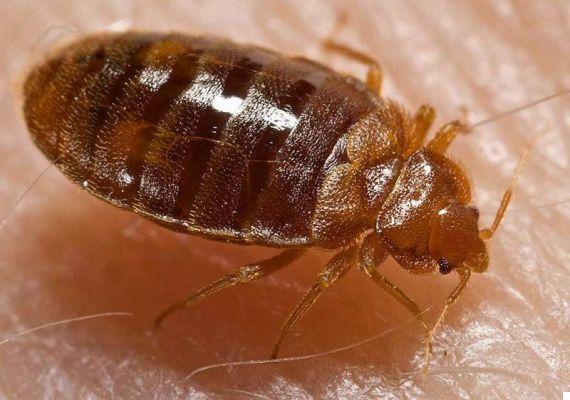 The beg bugs are little dracula: they are parasites that feed on human blood.

They usually prefer to feed at night while we sleep and are at their complete disposal. This is why they love to stay hidden in mattresses, but often they are also present in beautiful carpets or sofas hidden waiting for their next victim: us.

Other nice facts about bed bugs:

Where are the bed bugs

Let's immediately dispel the myth that bed bugs are caught only in flea hostels: bed bugs in fact  they prefer clean environments (where you would never expect to find them until it's too late) and they have no problem discriminating between a dorm bed and a king size bed in a luxury hotel in downtown New York.

And don't think it's over here. Bed bugs are also sometimes found in cinemas, offices and even in other people's homes.

How to find them before it's late 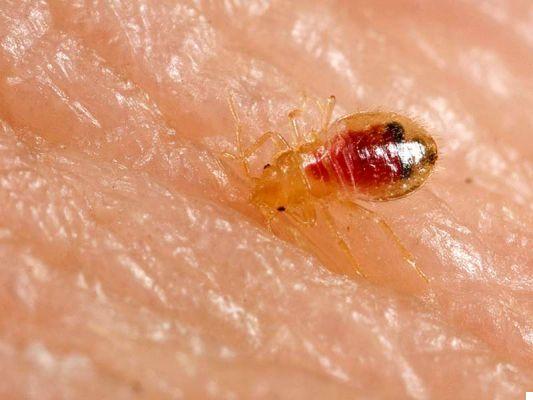 Even if given their very small size (from 4 to 5 mm maximum) and their apple seed shape, it is not always possible to immediately identify the bed bugs, it would always be advisable, when you arrive at the hotel, to check for the room.

Fortunately, however, there are some clues that, upon careful inspection, can reveal their insidious presence:

SpecksBed bugs leave small black or brown spots. And if the insect is squeezed, you may see slightly larger, rust-colored spots. Look for these stains on the sheets and mattress.

Shells and eggs: bedbugs usually lay eggs and their shells in the mattress:
they are generally very small (1 mm) but can be distinguished quite easily.

The important thing to remember is that you are dealing with a very small being so when you inspect the room, take a close look.

What to do to avoid them

When you arrive at the hotel it would be one good habit perform these simple moves:

1 - do not place your backpack or suitcase on the ground.
The best thing would be to place it in the bathroom, on a raised floor. If you can place it on the tub or table instead of on the floor, even better.


This is impossible to do if you have a shared bathroom, so look for a smart alternative solution such as a table or chair: the important thing is that the backpack stays away from the bed and not on the floor especially if there are rugs or carpets. .

2 - Look very carefully at the pillowcase and the sheets to find the clues of their presence (specks and eggs): the best thing would be to remove the covers to see even at the end of the bed.

If you really want to do a good job you should also remove the sheets to see if the bed bugs are nestled in the mattress: they generally prefer to slip into the seams (where obviously they are more difficult to see).

Okay, I'm not going to tell you to flip the mattress over to check the other side and inspect
the spring of the frame, the frame of the bed and the headboard because no one will ever (myself included) even if it would be better.

3 - It would also be better to check carpets and sofas, but even that no one will ever do if we risk spending the first day of vacation looking for insects instead of going out to enjoy it.

4 - The important thing is that even if you just have the feeling that the room is haunted, notify the reception immediately and ask for another room, unless you decide to change hotels.


5 - Do not shout at the manager of the hotel but notify them immediately. There are two reasons. The first is that the bites can appear after some time, so you are not sure (unless you have concrete evidence) that you got them at your hotel. Second, it may have been you who brought the bed bugs to his hotel from the previous one so explaining the problem to him calmly will ensure that he can intervene and fix the situation thus avoiding that the next travelers take the bed bugs you have brought. you.

If there is one thing worse than finding bed bugs in the hotel, it is that of take them directly home.

Bed bugs (and their eggs too) like traveling almost as much as we do, so it's easy for them to stick to your clothes.

So if you are in an infested hotel, try to be careful that the bed bugs don't
remain in your clothes or backpack.

When choosing luggage, it would be better to use hard suitcases instead of soft suitcases or backpack. Bed bugs can get to the smallest places, and the fabric of a soft suitcase offers plenty of hiding places.

As bed bugs die at high temperatures, if you have run into these beasts try to wrap your clothes in plastic bags before putting them in your suitcase and when you get home throw everything in the washing machine at a high temperature above 90 degrees.
Not at 50 and not at 60 but at 90 degrees: unfortunately, this means that your beloved cashmere sweater cannot be saved.

And open the bags in front of the washing machine, so you prevent bed bugs from seizing or occupying your home. In this case you will have to call the experts for pest control.

Despite all the precautions, it may happen that you have the bad luck of having to deal with them.

If you think you have been bitten, the first thing to do is not to panic. While the bites can be itchy and annoying, bed bugs are not currently known to carry dangerous diseases. So in this sense, it is better to have been bitten by a bed bug rather than a mosquito which can carry nasty diseases like dengue or malaria.

Everyone reacts differently to bed bugs bites. I noticed it right away, but other people don't get bites right away (making it even more difficult to know exactly where you got them) and some people don't react at all.

At the beginning the stings they look like those of any other insect but you can still recognize them because in general they are in groups of three and in a row o messe a zig zag.

This is because the adult specimens bite three times and always moving very little (in practice they have breakfast, lunch and dinner).

In the worst case, anti-itch creams such as calamine lotion they should
help. The antihistamines they can help reduce itching and discomfort: redness is in fact due to small allergic reactions.

Most important: like everything that makes it itch, do not scratch at all! The bites usually improve within a few days to about a week.

After years of traveling in all different parts of the world and nights in terrible hostels, my encounter with bed bugs was in the United States in a very cute motel, in short, in one of those that you would never expect to spend the most unbearable night of your life.

In hindsight I noticed the presence of small stains on the lint but I assure you that I never, ever would have believed they were bed bugs: after years of traveling, hotels and hostels I'm not very picky, so it just didn't occur to me that they could be these beasts.

The next morning I woke up with the bites and I noticed them immediately since in general even mosquitoes prefer to stay away from me.

The bites were in line all along the arms, legs, back, neck, in short, everywhere.
Il itching was unbearable.
Massi, on the other hand, had only a few stings, he didn't itch much and he was bitten
they disappeared after a while. I carried them on for two days and I had tears in my eyes from itching and pain.

In the pharmacy, in addition to antihistamines, the young lady advised me to rinse with hot water and this alleviated my suffering a little.

This is all about bed bugs, if you too have lived this experience tell me in the comments!

Error Fare Flights: What They Are And How To Find Them

An idea to leave next April: a motorhome trip to the West Coast.

How to apply for a loan for travel and holidays: the best loans

How To Open A Travel Blog

Guide to Buying the Best Travel Backpack in 2021

add a comment of Bed Bugs: What To Do If You Find Bed Bugs In The Hotel